Against Daylight Saving Time: A Manifesto

Are you also suffering from the hetero-capitalist DST? Join the queer resistance!

For most of us the month of March means the start of spring, the coming of better weather and... an hour less sleep. The second Sunday of March for the US and the last Sunday of March for the EU marks the beginning of Daylight Saving Time (DST). In other parts of the world DST starts yet on other days, and again other parts of the world refrain from instating DST altogether. In short, DST is messy and nobody exactly knows why and if we should continue its practice. 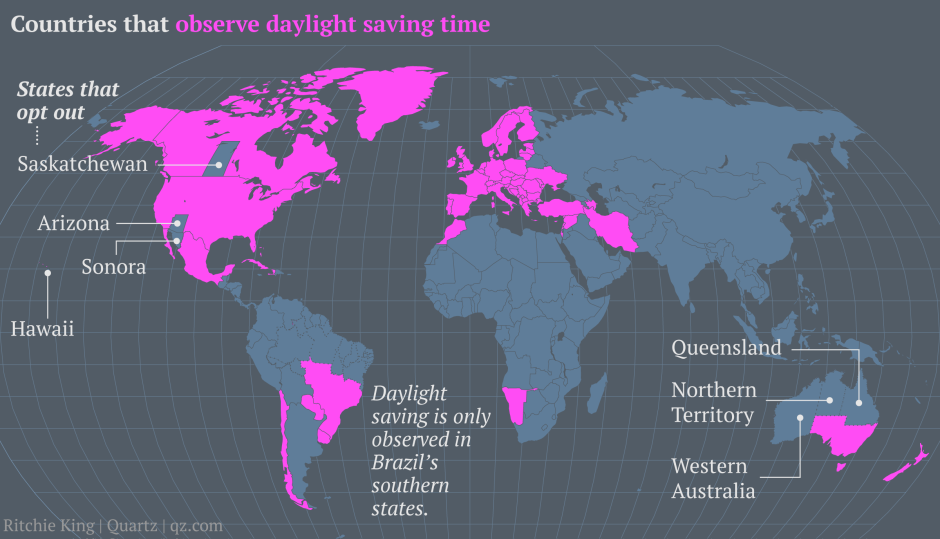 Indeed, resistance against DST is growing annually. Each year we see more and more op-eds that argue against this seemingly useless practice of depriving whole populations of sleep. I too call for a collective resistance to DST. In a society obsessed by production, consumption and heteropatriarchal reproduction, to be truly queer means to resist the devices that keep these systems in place.

“If I could turn back time”

The history of DST is just as messy as its distribution around the globe. The first time a nation officially adopted DST was in 1916. At the height of the first World War, Germany decided to set the clock ahead one full hour. While The Netherlands was neutral during this war, it followed its neighbor’s example one day later (or just 23 hours? It gets confusing). And even though the UK was at war with Germany at the time, it nevertheless followed suit after only a couple of weeks (I’m sure for warfare purposes).

Cher certainly speaks out against DST

The Unites States is an interesting case all by itself. Even though it first introduced DST in 1918, along with its four main time zones, it left the decision to adhere to it to the individual states. This led to a strange patchwork of different time policies across the countries and allowed the State of Indiana to officially adopt DST no sooner than 2006.

After the second World War a lot of countries abandoned DST. The Netherlands, for example, did not adhere to DST between 1946 and 1976. It was because of the oil crisis of the 1970s, in an attempt to save energy waste, that many countries switched back to DST. And here we find an often ignored, but very interesting connection between DST and capitalism. 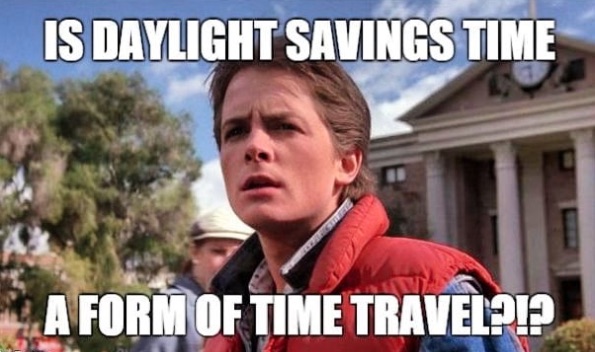 If even Marty McFly doesn’t understand DST, who does?!

“Working 9 to 5”– time and capitalism

Just like the time zones were based on railroad schedules in Europe and the United States to streamline transportation and increase productivity (see Stephen Kern’s brilliant The Culture of Time and Space for an in-depth history of this process), so too is DST widely associated with the increase of production and capital. A popular argument heard for DST is that it would be beneficial for farmers and other professions at the bottom of production chains. The hour of day light saved at the start of the day would make them more productive and would allow them to work longer into the night. In that sense, DST is a product of capitalist societies. (And it is telling that the Soviet Union only switched to DST in 1981, while China still hasn’t installed DST even after some experiments in the late 80s). 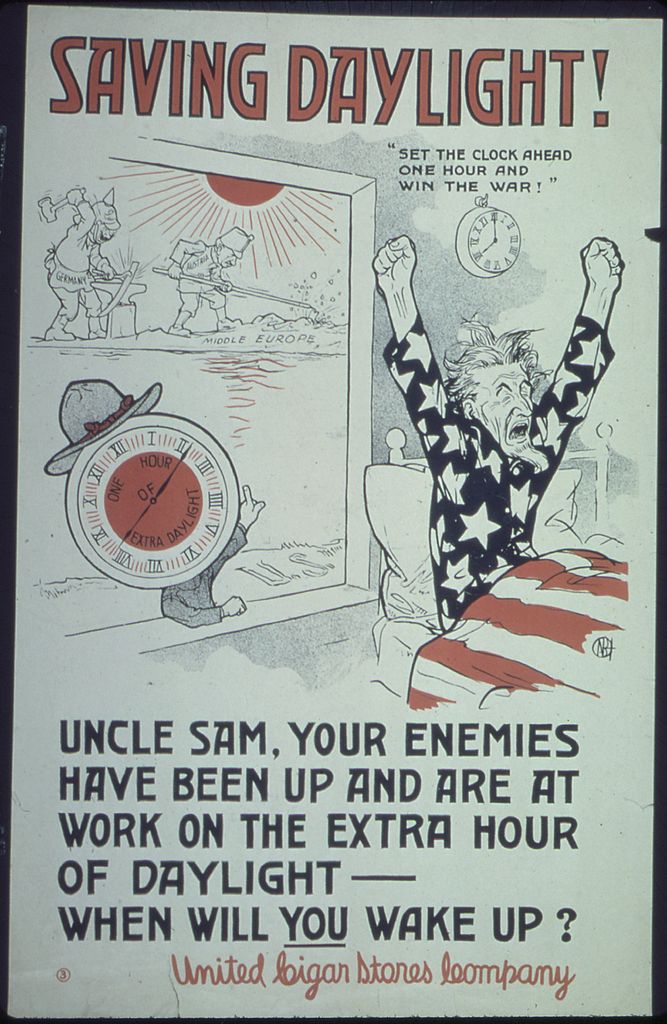 Early US propaganda posters attest to the capitalist rhetoric behind DST

This reference to the capitalist foundations of DST seems glib, but it is part of a larger argument against the temporal normalization of capitalism and heteronormativity. Queer theorist Elizabeth Freeman argues that our experiences of time are deeply imbricated with ideological and societal structures that regulate the flow of our everyday life. The artificial measurement units of minutes and hours dictate how long or short we experience a certain amount of time to be; the arbitrary rule that a workday should be from 9 to 5 organizes how we divide our days into productive and leisure time; and popular proverbs such as “early to bed and early to rise, makes a man healthy, wealthy, and wise” further entrench our belief that the start of our day should be devoted to capitalist production.

The way we socialize our experiences of time conditions us for the capitalist ideology of heteropatriarchal reproduction. While work time organizes the hours in which we are employed to produce capital, leisure time is not necessarily devoted to non-production. Rather, during hours of leisure, we are expected to take care of ourselves so that we are fit to put in another day of productive labor. We need to sleep, rest, eat (note how often lunch hours during worktime are not payed for), and practices detrimental to the restoration of our bodies (such as drinking or clubbing during the week) are usually frowned upon. Leisure time is necessary to reproduce the labor sources that are necessary for the mode of production. 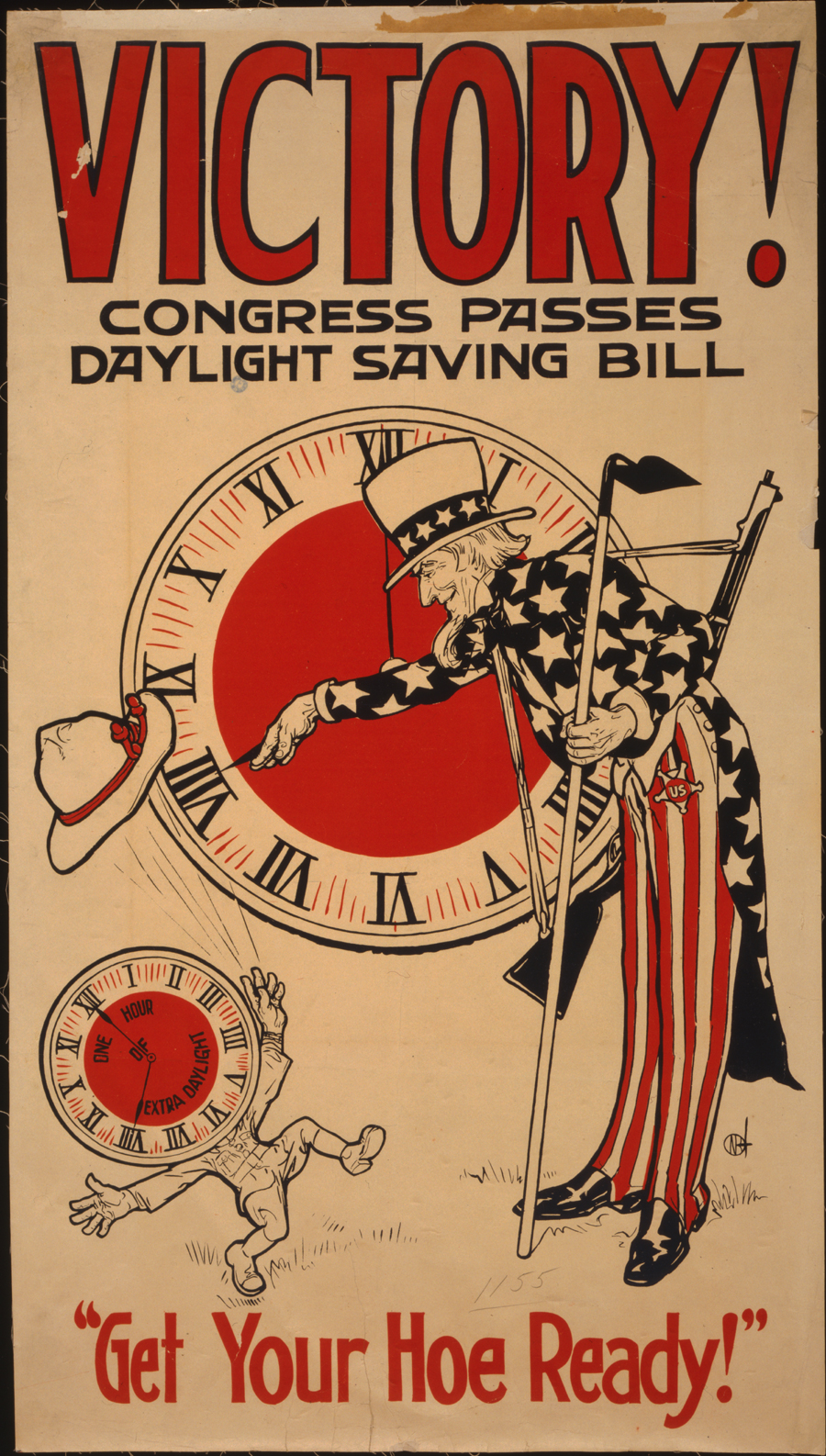 At a certain age, this leisure time becomes increasingly organized by the demands of heterosexual reproduction. School hours too are organized in a way that you don’t have to take care for your children while you work; or, viewed from a different perspective: school hours duplicate working hours in order to condition children to normative work times. Leisure time, then, is more often than not reproductive time. Time not only geared towards heterosexual reproduction, but also time that reproduces the capitalist conditioning of work time. DST is a weird but interesting exponent of this temporal conditioning because it is tied to narratives of productivity, even if there is a growing amount of evidence of the contrary.

Some arguments against DST

An often used argument for DST is that it would save energy and thus would be better for the environment. Setting the clock ahead one hour, means that the sun sets later and we don’t have to waste energy by switching on the lights. Or at least, that is what we are made to believe. DST, it turns out, does not save energy at all. On the contrary, it might actually increase our energy consumption. 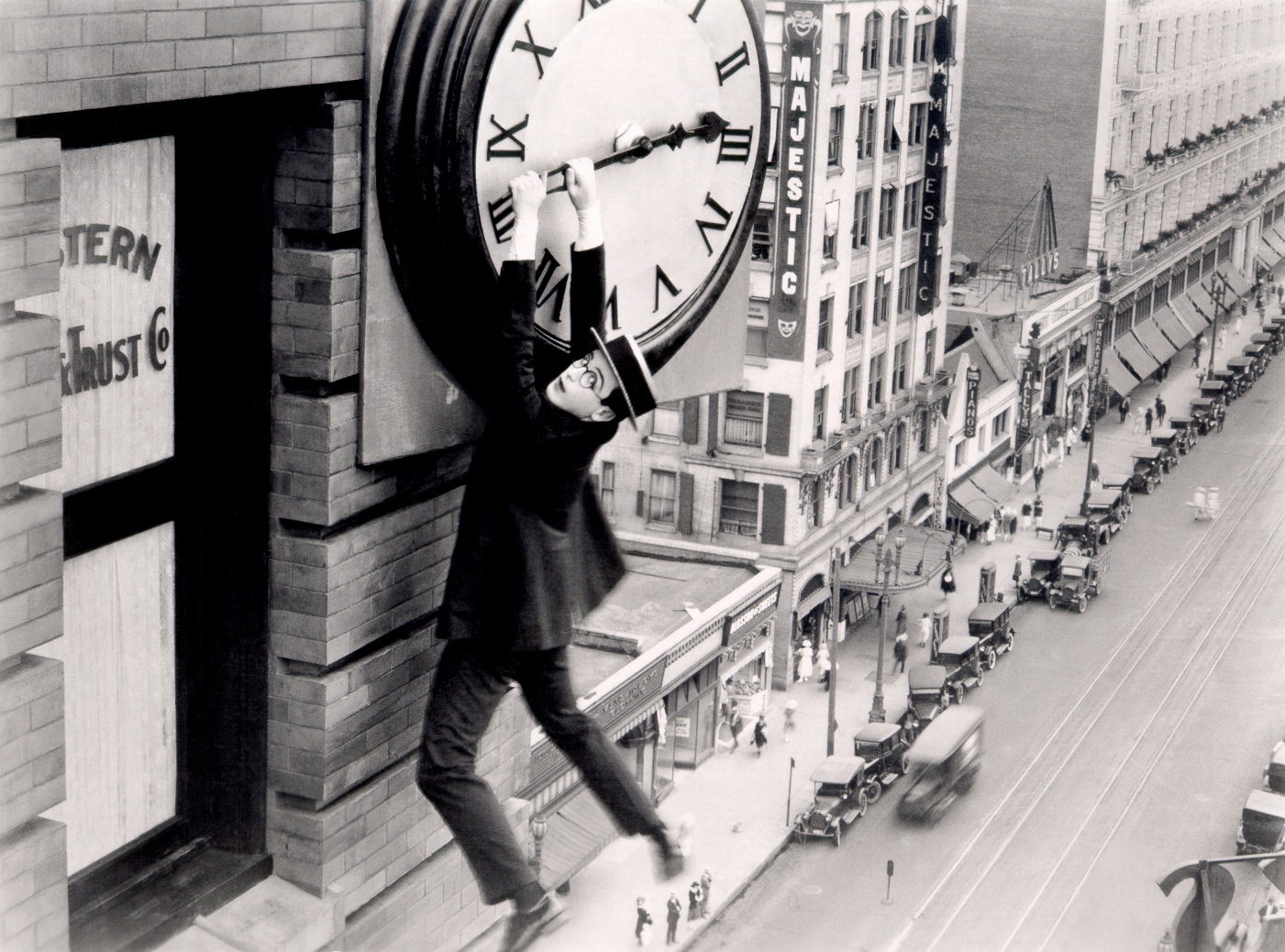 In a 2008 study, researchers of Yale and UC Santa Barbara looked at the effects on energy consumption that the State of Indiana’s switch to DST in 2006 has had. Their surprising conclusion was that instead of the expected reduction in CO2 emissions, the social costs of pollutions emissions actually rose by an estimated maximum of $5.5 million per year. The reduction in electricity use for light, was completely negated by an uptick in the use of other electronic devices such as air conditioners.

DST can even be a health hazard. Again the recent switch to DST in Indiana provided research with ample data to compare the pros and cons of DST with. Different teams of researchers found that the annual loss of one hour of sleep actually increased the risk of traffic accidents, workplace injuries and even heart attacks. And to make things worse, the switch back to standard time in the Fall increased the rate of depressions. The sudden increase in darkness in the evening has a serious and concerning effect on the mental health of many people. 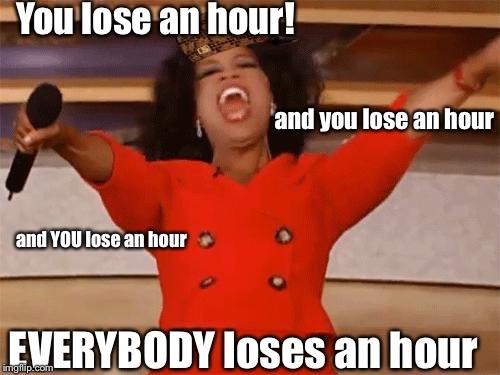 The queen of consumer television gives out free DST

And what about capitalist production?

A last, and maybe most surprising argument against DST is that it does not even lead to an increased productivity. While the popular myth has it that farmers benefit from DST, the opposite is actually true. The sudden switch in time might work for humans, but for other organisms that have no concept of time, this switch is highly confusing. Crops that get watered later in the day and cows that get milked in the morning, all suffer from the switch to DST and actually start to produce less rather than more.

It’s time to Tina Turner this argument around

The irony of these points shouldn’t escape the reader. If DST is believed to be an instrument of capitalism, then how can we allow it to lead to higher social expenses, a bigger fallout in workforce and decreased productivity. There must be other reasons for states to hold on to this mechanism, as even only recently the EU decided to hold off the abrogation of DST until further evidence against it has been researched. An answer to this paradox can be found in another function of DST, which has to do with the ideological conditioning of our bodies.

This form of conditioning is necessary to create a population that willingly subject itself to the state, a process that French philosopher Michel Foucault would call the production of docile bodies. State apparatuses such as the schools, prisons and public healthcare, Foucault famously argued, are institutions that allow the state to constantly surveil our bodies and force its population to subject to a normalized way of life. These conditioning mechanism, however, can also be found in more subtle state-organized events and institutions. DST, I argue, being one of them. For, what better way to test the docility of your subjects than by arbitrarily moving the clock ahead one hour and see whether or not everybody complies without even questioning the reason behind it? 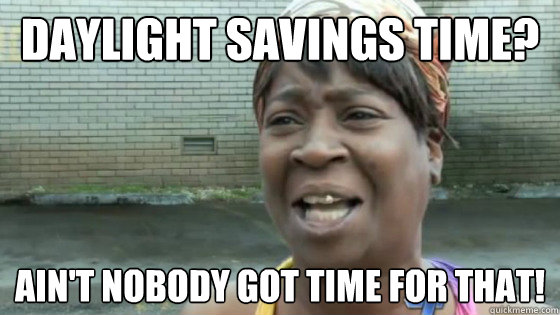 In his books In A Queer Time and Place and The Queer Art of Failure, Jack Halberstam explores the mechanisms that condition us to a heteropatriachal way of living and calls for the production counterhegemonic knowledges to challenge the ruse of capitalism that is embedded in our socialized experience of time. Embracing the notion of queer temporality, the effects of not feeling in-sync with normative organizations of social time, allows us to rethink and resist the ways in which we are conditioned to living in a time that is geared towards capitalist (re)production. 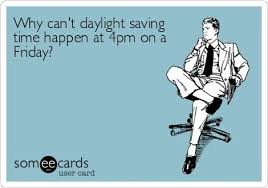 In line with scholars such as Halberstam and Freeman, I hereby call for a collective resistance against this temporal conditioning mechanism that is DST. What if we collectively decided to heed to Cher’s call and turn back time? What if we stopped adhering to arbitrary rules governing our experience of time? Rules that not only serve no purpose, but also prove to be hazardous for our own bodily integrity. What if we stopped being docile bodies?

I call for a collective refusal to set the clock ahead one hour this weekend!

And if your work really has you so tied to its capitalist temporal schedule that you cannot afford to come in at a different hour, then at least make sure you spend that hour of lost sleep on something nonproductive. Or as one meme told me on the internet: “DST had me lose one hour of sleep, but I gained one hour of day drinking.”