Fable collections which are intended to be read from cover to cover may begin with a metafable - a fable about the collection as a whole. This blog discusses several metafables.

In our previous blog (posted in March 2017) we discussed the famous fable of the rooster and the pearl, which is about a rooster who finds, but does not appreciate, a precious pearl on a dung hill. We termed it a “meta-fable” because it is a fable about fable: the pearl metaphorically represents the fable collection as a whole, whereas the rooster represents the unintended reader, who despises the precious fables included in the collection he comes across with.

We have seen that this metafable often comes at the beginning of fable collections from different times, languages, and cultures, both in prose and in verse, who are intended to be read from cover to cover. This pole position is of course very suitable to make a referential statement on the collection as a whole. 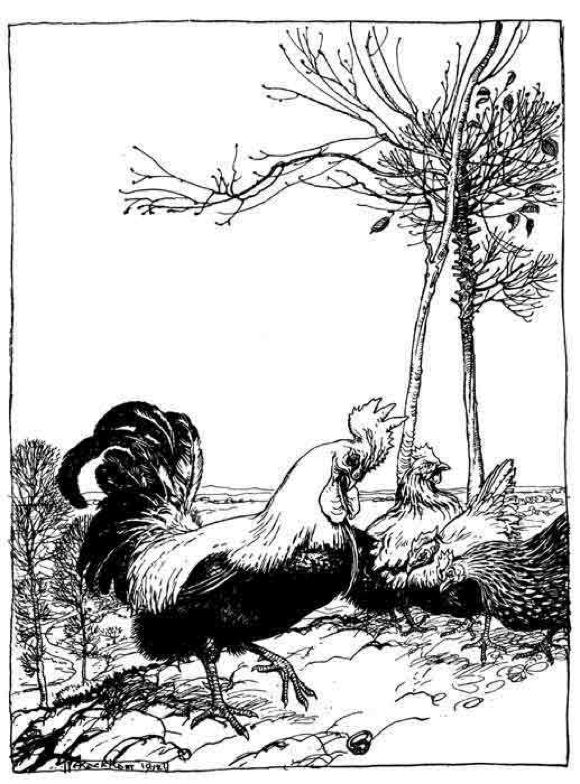 In this second blog we will pass in review some other metafables placed at the beginning of fable collections from Antiquity to Modern Times.

First of all, however, we should remark that it is not always clear whether or not the first fable in a fable collection is a metafable. In many fable collections the first fable is just a “normal” fable, without additional overtones (so to speak) about the collection as a whole. Thus, the fable about the Lion and the Ass by Jean-Chrysostome Bruslé de Montpleinchamp (1690), is just a fable, not a metafable. In itself, it is difficult, or, at any rate, not easy, to decide whether or not a fable has a metafabulistic “meaning,” referring to the collection in which it occurs or to the very genre of the fable.

In the anonymous Greek prose fable collections the first fable is not a metafable, but simply the one whose protagonist begins with A (e.g. the fox or the eagle, aloopèx or aietos, respectively), the collection having been ordered alphabetically for heuristic reasons, as we have seen in our previous blog.

In some cases the first fable represents a kind of “keynote address” about the most important function of the collection as a whole. Thus the well-known opening fable in Phaedrus’ metrical Latin collection about the wolf and the lamb addresses the overall theme of justice, the poet himself having been treated unjustly by Sejanus in the beginning of the first century AD. 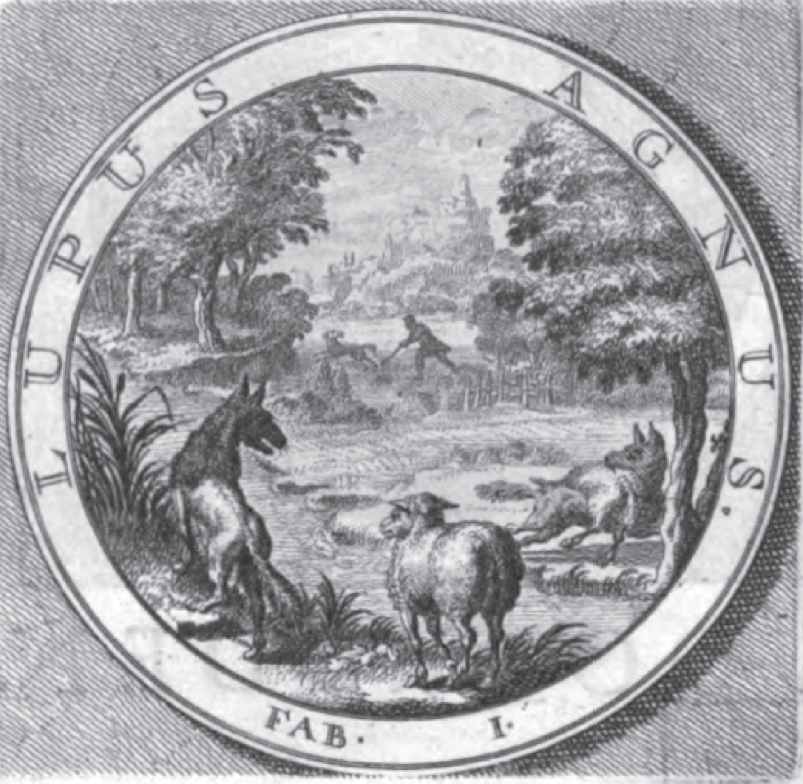 Phaedrus I 1, The Wolf and the Lamb (source)

Likewise, the fable about the nurse and the child opening the Latin collection in elegiac distichs by the Roman poet Avianus (ca. 400 AD), which was commonly used in the school curriculum, treats the major theme of education. 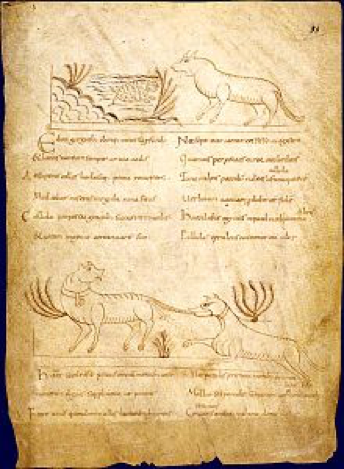 The “metafabulistic” image of the nightingale occurs in a fable by Philippe Desprez, Le théâtre des animaux. It is about a peacock complaining to Juno about his voice. The goddess replies by pointing out to the peacock that he has to be content with his plumage, just as the nightingale should be (and is) content with his voice, which may be taken to refer to the poet’s modesty. The nightingale is a common image for the poet, from Hesiod’s Greek fable of the Hawk and the Nightingale, the oldest fable in European literature onwards (ca. 700 BC). The very Greek word designating the bird is aèdoon, literally “singster.” 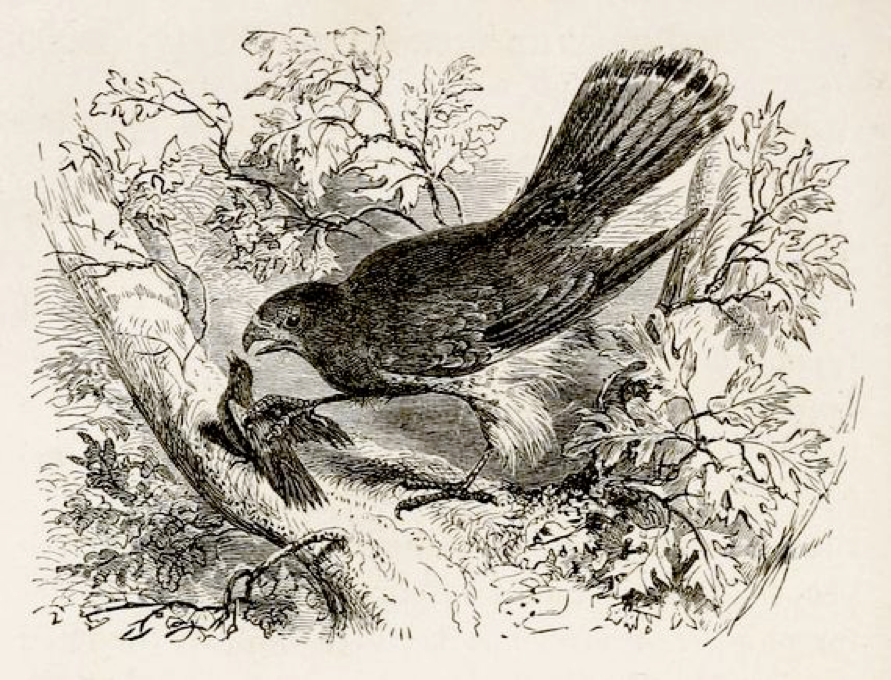 An example of a metafable which is not placed at the beginning of a fable collection is The Elephant and the Bookseller by John Gay (1727, 1738), depicting “the elephant in a library before a reading stand”. The book that the elephant is reading can safely be assumed to be an ancient (illustrated?) fable collection, since Gay explicitly says it is “Greek” and there “were portrayed “ “every beast and bird” “with exactest care and pains”. 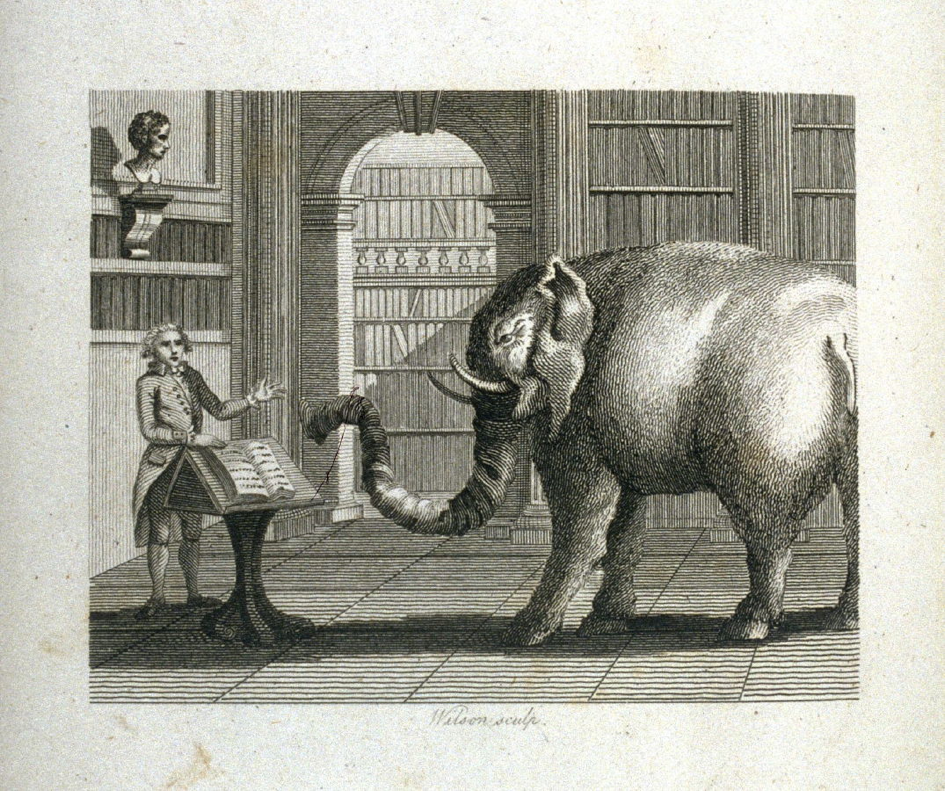 John Gay, The Elephant and the Bookseller (source)

A fine example of a metafable is a lengthy allegorical verse fable by Triller about Truth, Nature, and Poetry.[1] Truth complains that man does not listen to her, but Nature advises her to dress in Fables. The same theme occurs also in allegorical metafables by Lichtwer (1758), Dorat (1773), and Florian (1792).

A very nice example of a metafable, with which I would like to conclude this brief blog, is a fable by Konrad Pfeffel (1783) about a Girl gathering flowers, an image for the poet collecting fables. An old woman criticising the girl’s activity may be taken to represent the critical reader. The girl modestly retorts that her fable collection is intended to be beautiful but has no claim for immortality at all. Interestingly enough, the girl is said to be from Athens, which alludes to the inspiring examples of the genre attributed to Aesop, the legendary fabulist. 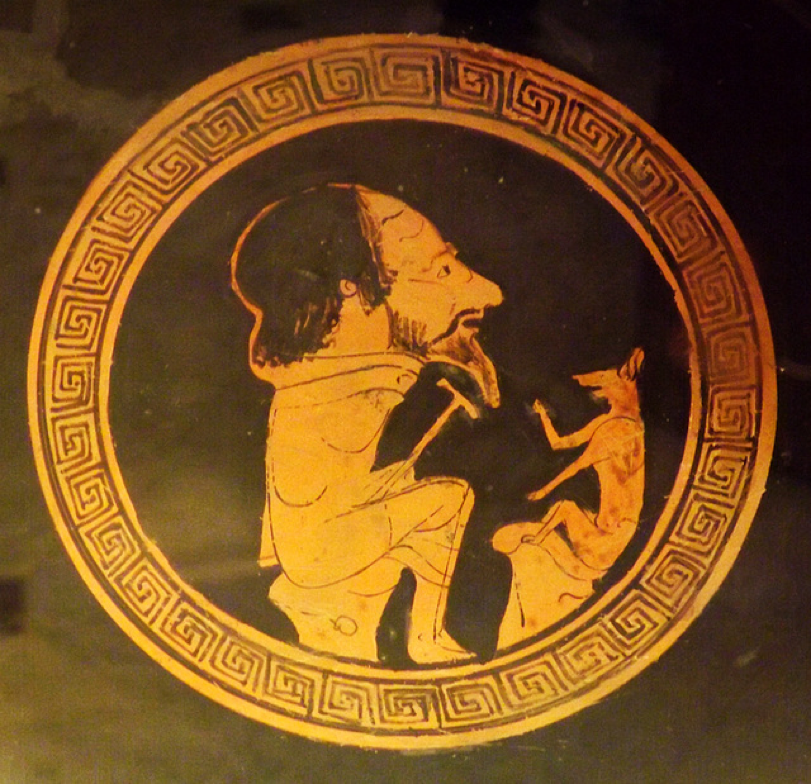 Detail of a Kylix (5th cent. BC) with Aesop (?) and the Fox in the Vatican Museum (source) 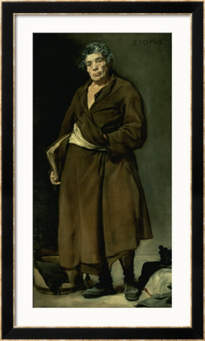