In his 1558 encyclopedia of fishes, the Swiss scholar Conrad Gessner described how to make a dragon out of a dried ray. How does this work in practice? 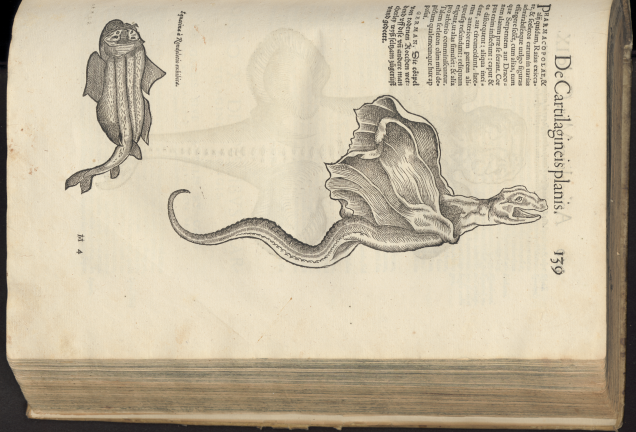 This rather spectacular depiction dating from the sixteenth century, and the modern imitation based on it, are creations which are nowadays called Jenny Hanivers. A ray is cut, shaped and dried in order to make it look like a basilisk or a dragon. While it may sound unusual, these creations were produced on a rather large scale during the Early Modern period. The author of the above illustration, Conrad Gessner (1516-1565) tells us how this was done. His instructions inspired me to try this out, and after several failed attempts I now have dragons adorning my home and office. Before getting into the practical side of things though, let's explore the historical background. What exactly is a Jenny Haniver?

Origin of the name

The name can be traced back to 1928, to a publication of the biologist Gilbert P. Whitley, who described how an acquaintance bought such a dried ray from an antique shop and wrote to him that, although he wasn’t a hundred percent sure, he thought the salesperson had called the object a ‘Jenny Haniver’. In fact, this name can be traced back no further than Whitley’s article, and may well originate there. 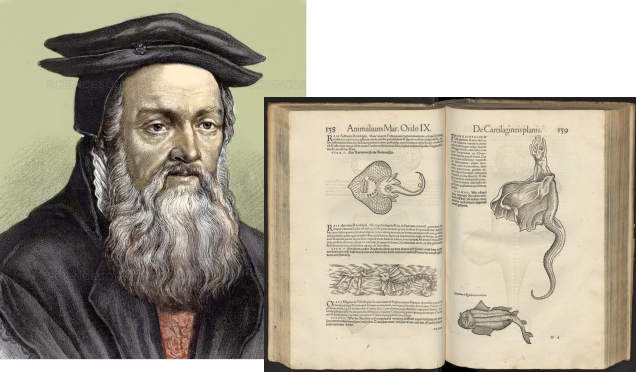 What is a Jenny Haniver?

In his description of these objects, Gessner tells us that Jenny Hanivers were made to impress people and were passed off as real. Gessner, who lived from 1516 to 1565, was rather well informed himself. He published on a wide range of subjects, from philology and theology to medicine and natural history, and corresponded with scholars across Europe, one of which sent him the above depiction. Gessner reproduced it first in his encyclopaedic work on animals Historiae Animalium (1551-58), and two years later in an abridged version of the volume on fish, the Nomenclator Aquatilium Animantium (1560).

While Gessner was not the first to describe a Jenny Haniver, he was the first to explicitly describe it as a man-made object, and to explain how it was made. His instructions read as follows:

“In order to impress common people, apothecaries and others dry rays and twist their skeletons into all sorts of remarkable poses, making the animal look like a snake or a winged dragon. They twist the body, alter the shape of the head and mouth, and remove other parts or make them smaller. The lower part of the body is cut, and what remains is lifted, to make it look like the creature has wings.” 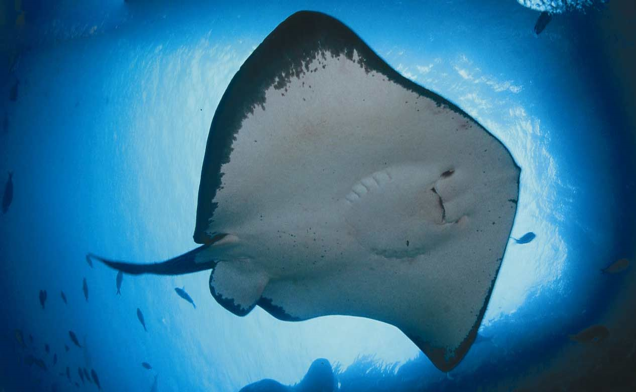 It isn’t hard to imagine how this is done. Rays already have a suggestive appearance which is fairly easy to manipulate. If we look at a ray from below, we may get the impression that a friendly face is staring back at us. In fact, this consists of the mouth and nostrils of the animal, the real eyes being located on top of the head. Taking advantage of this, many Jenny’s were made by turning the head upwards towards the observer. This is particularly clear in the here shown depiction from the work of the sixteenth century Italian scholar Ulysse Aldrovandi. 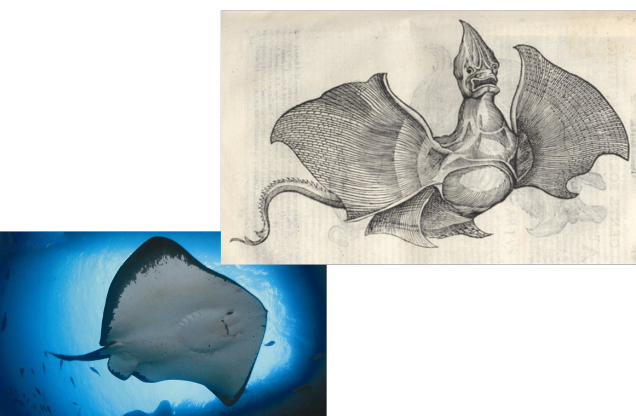 Also in the more unusual Jenny Haniver from another sixteenth century work included below, the mouth and nostrils appear to form a face. Gessner refers to this depiction which was first published in 1551 by the French naturalist Pierre Belon (1517-1564) in his L’histoire naturelle des éstranges poissons marins. While this specimen still resembles a ray, a large portion of the wings was cut and the shape of the head radically altered. Although it appears he was well aware the depicted creature had been tampered with, Belon does not mention this in his description of the creature. 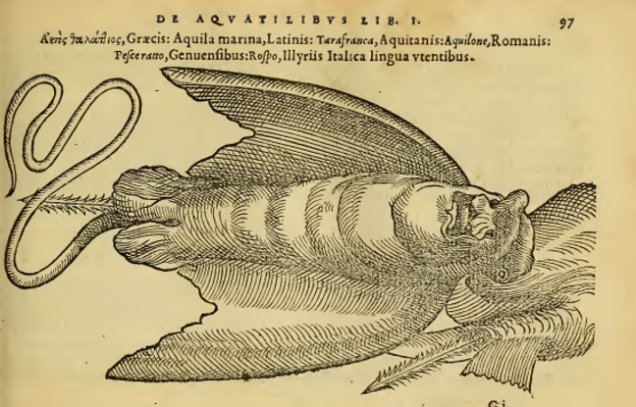 This approach is not unusual in descriptions of monstrous creatures of this period. While Gessner explicitly exposes his Jenny Haniver as a fraud, in his descriptions of other non-existent and marvellous creatures we find a similar duality. He writes for example, that so many sources claim these creatures exist, that he cannot deny the possibility. This way of phrasing it, of course suggests that Gessner himself is not entirely convinced. Similarly, Belon describes this Jenny Haniver alongside several descriptions of rays he had studied and dissected, suggesting that he knew what he was dealing with, but without explicitly saying it.

Belon’s depiction of a Jenny Haniver was copied by the earlier mentioned Ulysse Aldrovandi (1522-1605). Aldrovandi was professor at the University of Bologna and the founder of its botanical garden. He was also an ardent collector and accumulated over seven thousand naturalia and drawings of naturalia, including Jenny Hanivers. In his works on natural history he depicted five, showing us the great variety of Jenny Hanivers that were in circulation at the time. 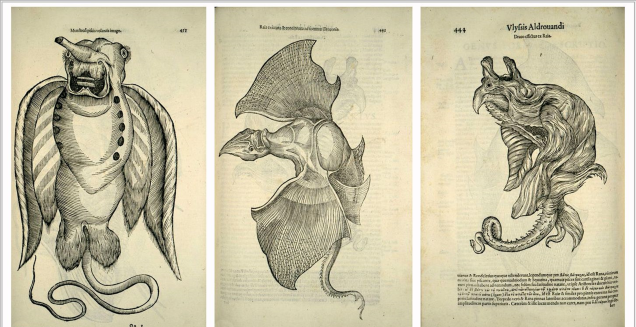 How to make them

So how does this work in practice? While Gessner indicates the ray should be shaped and dried, he does not clarify how this should be done. He does provide some instruction as to how it should be cut, but this takes some skill and practice, neither of which I had when I first tried to do this. Luckily for me, a member of our project group is a biologist turned historian of science, with years of experience dissecting animals. Robbert Striekwold quickly taught me how to cut and shape a fish, and as an amateur taxidermist, he was also able to advise me about taxidermy shops where I could buy the necessary equipment.

That part of the process mastered, now the Jenny’s had to be dried and kept in the desired posture during the process. Since there is no way of knowing how Gessner's Jenny Haniver was dried, several methods had to be tested. Three seemed the most obvious, drying in the open air, and, in imitation of common methods of food preservation, slow heating and salting (scroll down for pictures and further information). In the end I dried several specimens in a mixture of different salts over the course of six weeks, using bags of salt to prop my ray up. This done, I varnished them and gave them glass eyes. 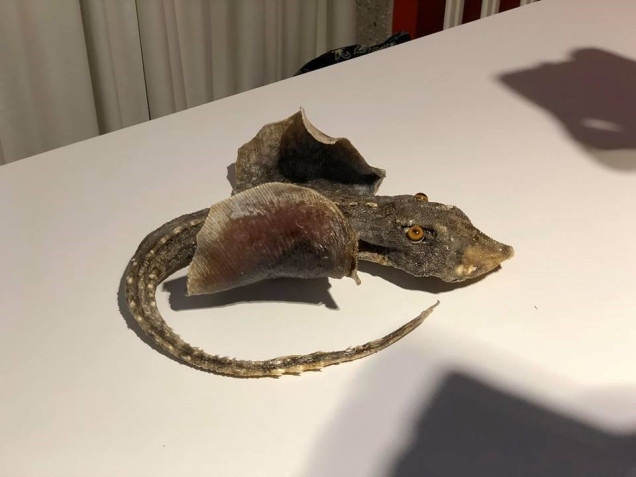 For the exhibition Fish & Fiction, Robbert and I cut and shaped another dragon, which was presented at the opening of the exhibition. In January 2019 it will be added to the collection of the Naturalis Biodversity Centre. The rest of my growing collection of Jenny Hanivers remain with me for now.

Sophia Hendrikx, Monstrosities from the Sea. Taxonomy and tradition in Conrad Gessner’s (1516-1565) discussion of cetaceans and sea-monsters, Anthropozoologica 53 (11): 125-137. http://sciencepress.mnhn.fr/en/periodiques/anthropozoologica/53/11

The first attempt, created by myself and Robbert, using a monkfish rather than a ray due to a mix-up at the fish market, and using wooden blocks and some very inauthentic aluminium wire to prop our Jenny up. Despite the beautiful summer weather it wouldn’t dry in the open air and eventually it began to decompose. Flies were also an issue. 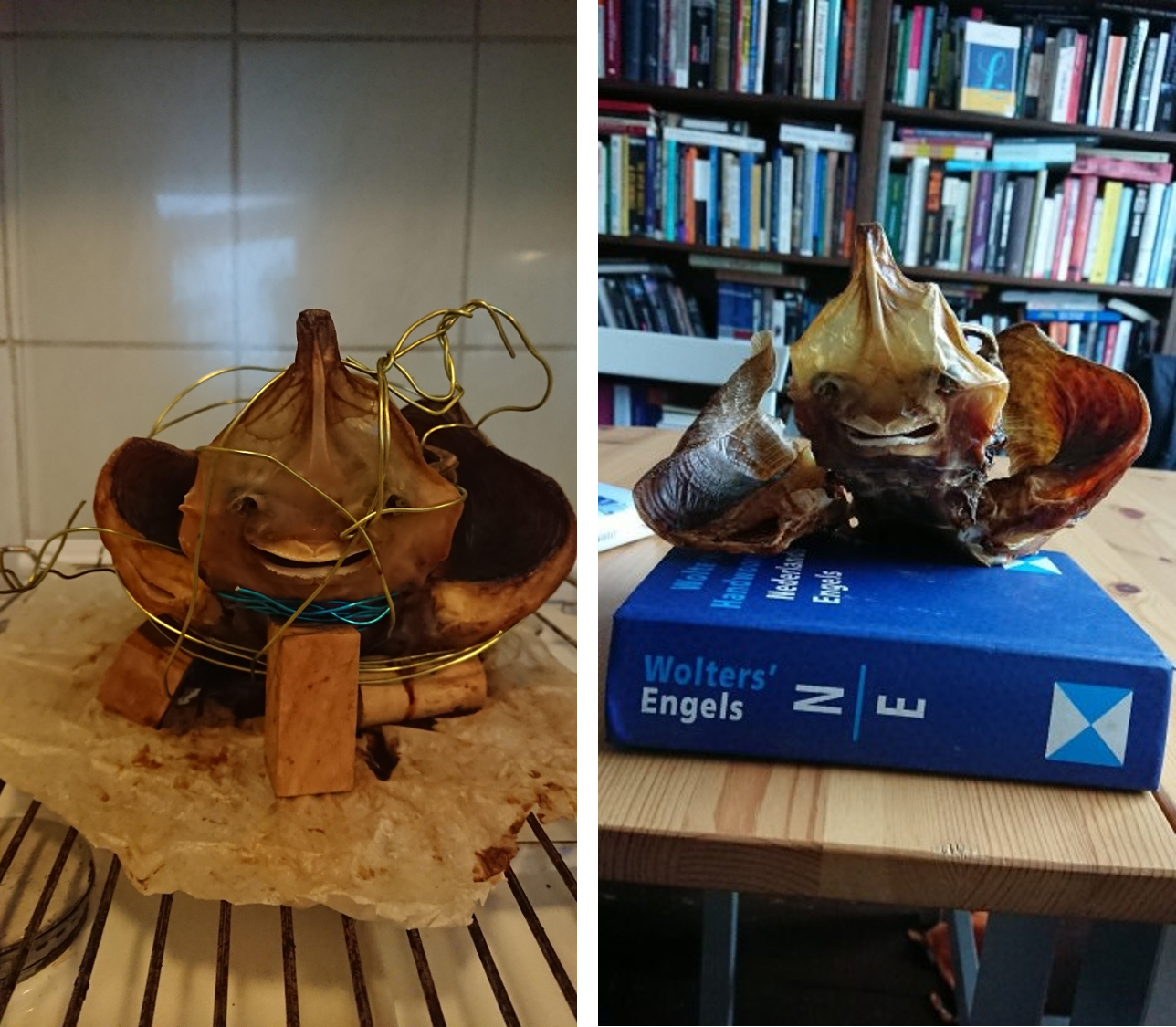 Attempt # 2 was dried in my oven at a low temperature and with the door ajar. While this is a good way to dry small strips of meat or fish, it turns out it is not a suitable method to dry a large ray. It came out partially dried and partially cooked. 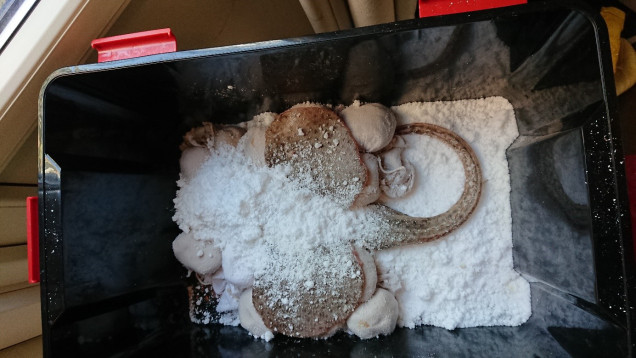 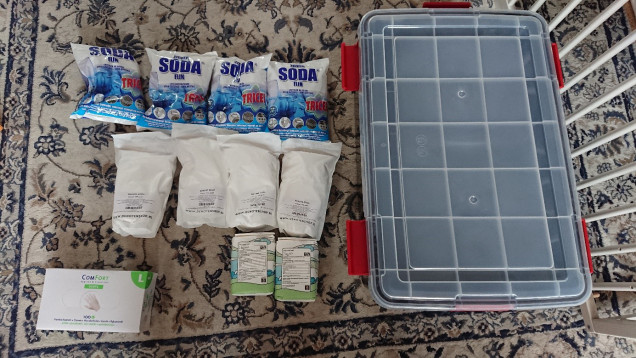 Eventually I decided to mummify my Jenny Hanivers using a combination of kitchen salt, cleaning soda, and baking soda. A similar method of mummyfication was tested by the Science Museum of Minnesota. For smaller specimens pure kitchen salt will also do the trick. I used little bags of salt to prop up the wings and open the mouth. This method proved slow but reliable. After six to eight weeks, depending on the size of the ray, the Jenny Hanivers are completely dry and ready to be varnished.

The Jenny Haniver for the exhibition Fish and Fiction was made by myself and Robbert in a lab at Leiden University. A short movie was made of the process.

This blogpost previously appeared on Fishtories

You may find chapter 2A of this (https://sites.google.com/site/dibyajyotisresearch/phd-dissertation) interesting.