James Purdy and the Oppressive Liberation from the Closet

While the Gay Liberation Movement tried to liberate LGBTs by "coming out of the closet", authors such as James Purdy regarded this strategy as oppressive. Voices such as his are important to be heard when writing the cultural history of gay liberation.

In a key moment in the 1967 novel Eustace Chisholm and the Works one of the main characters, Daniel, emphatically claims that he “couldn’t be in love with a man” because he “has never been” and “couldn’t be now”.[1] Despite this strong denial of any homosexual tendencies – one of many in the novel – the reader soon finds that Daniel gives in to such a desire when he enters into a relationship with his abusive army commander, Captain Stadger. This, and many other examples in the American author James Purdy’s work, have often been read as instances of the ‘self-hating homosexual’ or even as homophobic. This charge may account for the fact that, although Purdy wrote mainly about non-normative and non-heterosexual relationship configurations, his work has been largely neglected by the Gay Liberation Movement, which was achieving increased momentum contemporaneously with Purdy’s writing. 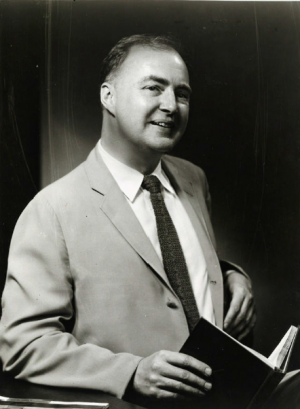 Born in Hicksville, Ohio in 1914, but only debuting as a published author in 1956, Purdy has always been a renegade in the American literary field. Although his work was championed by notable authors such as Gore Vidal and Susan Sontag, his idiosyncratic style and controversial subject matter were often too much for the American mainstream audience to take in. The lack of a significant popular reception, in addition to his differences with the Gay Liberation Movement, has resulted in the oversight of his work in most gay literary histories. This oversight, however, also erases an interesting voice from debates on sexuality in the 60s and 70s. Part of my PhD project, therefore, is to reclaim this voice and to show its relevance for historical debates on the conceptualization of sexual identity.

To understand why Purdy has been, and still is, mainly overlooked in the historiography of gay literature, I propose in my research that we should look at how Purdy’s work interacts with dominant conceptions of sexual identity. Recently an increasing number of scholars has been describing rhetorical and political strategies that various groups associated with the Gay Liberation Movement have employed to reach their goals. Yet, most of these studies conclude that although these strategies could vary tremendously from one another, they eventually resulted in a politics that sees identity as unchangeable and absolute. This is illustrated by these movements’ imperative to confess publicly to one’s sexual identity: the imperative to ‘come out’.

For example, Christina Hanhardt in her 2010 study Safe Space: Gay Neighborhood History and the Politics of Violence discusses at length how several direct action groups, although differing in strategies, all worked towards an increased visibility of homosexual men and women.[2] There were diverging goals underlying this push for visibility, among which the attempt to make apparent the size of the LGBT community and the push for vigilante groups to protect LGBTs in residential neighborhoods against homophobic violence.[3] Despite these different aims, however, these strategies resulted in a rhetoric that privileged public avowal of sexuality over the choice to keep one’s sexual desires to oneself. 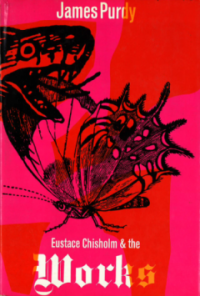 An important example of how the history of the Gay Liberation Movement is considered to be unified and homogenous is the way in which the famous Stonewall Riots have been chronicled. The three day long demonstration that followed a police raid on a New York bar frequented by LGBTs on June 28, 1969 is popularly seen as the moment that has kick- started the push for the Gay Liberation Movement. However over the past few decades many gay and lesbian historians, such as Henry Abelove, have shown that this is not at all the case.[4] In fact, the history of the Gay Liberation Movement goes further back than the Stonewall Riots, yet the commemoration and historiography of this event have erased certain parts of this movement from its history. Wrapped up in this historiography is the rise of a unifying strategy that tries to represent the Gay Liberation Movement as a coherent whole. The image that captures the unity of the community and its general struggle the most thoroughly, Abelove claims, is the figure of the ‘closet’. Indeed, it was during the 60s and 70s that this metaphor became the dominant figure of speech to talk about non-heterosexual sexualities and non-normative gender identifications, for the ‘closet’ simultaneously signified at the private space to which LGBTs were confined in a heterosexual society and it gave way to the imperative to publicly ‘come out’.

‘Coming out of the closet,’ the command to publicly confess to one’s sexual identity, is up to this day one of the key strategies of the global gay rights movement, if not the most important. The ruse of freedom that this metaphor promises still holds sway. One has only to think about the recent international ‘coming out day’ – or better still, just the fact that such a day actually exists – on October 11, 2015, for which the COC Leiden had devised the slogan: “jij wilt toch ook jezelf kunnen zijn” – ‘you, too, want to be able to be your true self’. Implied in this slogan is that you can only be true to yourself once you have publicly avowed your sexual preference. Visibility, truth and liberation are aligned in a single metaphor that presupposes the acceptance of an essential and fixed identity: that which is confessed to during the act of ‘coming out’ attests to a truth about oneself, a truth which, in turn, can only be construed as such once it is made public. Thus, the true self can only exist in front of an audience. 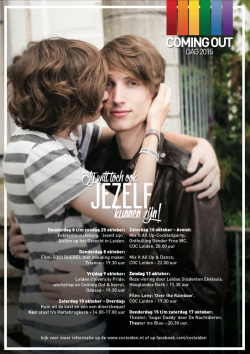 Although this strategy of ‘coming out’ has been of great value over the past few decades, we should be cautious not to see it as the only way to talk about sexuality. To put it even more strongly, I would contest that it is even the best way for us to talk about desire, for it foregoes the notion that whatever ‘comes out of the closet’ is also just a social construct; an expression of whatever sexual desires are accepted and preferred by society at large.

It is the persistence of the ‘closet’-metaphor and the sway it holds over LGBT historiography that makes it important to look at authors that write against the grain. When, for example, characters in Purdy’s novels face the situation in which they are forced to ‘come out of the closet,’ this invariably leads to their demise. Thus, when Daniel at the end of Eustace Chisholm and the Works indeed confesses to his desire for Amos, Captain Stadger becomes so enraged that he castrates and kills Daniel.[5] A code has been broken. Daniel has fixed his sexual identity, for which he has to pay the highest price, his life.

Figures such as James Purdy emphatically pushed against the then new norm of ‘coming out’ as the way to liberate from oppressive heterosexual societal expectations. These authors[6] show in their work how the dominant strategy of ‘coming out’ was already contested by some from within the community. Uncovering these voices shows how the history of American LGBT literature and politics is much more diverse than popular opinion will often have it.

[6] Similar authors include Terry Andrews and Dotson Rader, both of whom wrote in the 1970s and whose work has had little to no attention in gay literary histories. The novels The Story of Harold (Terry Andrews) and Gov’t Inspected Meat and Other Fun Summer Things (Dotson Rader) are great examples of their work.