What can a fable by Flavius Josephus inspired by Aristotle teach us about the fluid boundaries of genres?

We are speaking about a Greek fable, which is situated in the Roman Empire. It is by Flavius Josephus, a Jewish priest who wrote in Greek and had good connections with the Roman so-called Flavian Emperors. His most important work is the History of Judaeism. In one of the last books we read the following fable:

“It deals with a man who lied down wounded, around whose wounds were swarms of flies. It happened that one of the passangers felt sorry for his plight and supposed that he didn’t chase them away because he couldn’t do so. So he came to him and began to chase them away. But the wounded man asked him not to do so, whereupon the other began to speak and asked why he didn’t want to escape from his disgraceful situation. The wounded man replied: ‘You’ll vex me even more if you chase away those flies full of blood who are here. In effect the flies who are already full of blood are not eager any more to make me a difficult situation and even relax now, whereas those who come empty and hungry will conquer him who already has been eaten and take him to death.”

The fable about the wounded man has no antecedents. It does not occur elsewhere. At least, that seems to be the case, because I do not believe that Joseph has invented it straight away. It seems that he had a famous model. That is the central theme of this Blog. But we will come back to this point. Let us first analyze the fable proper. 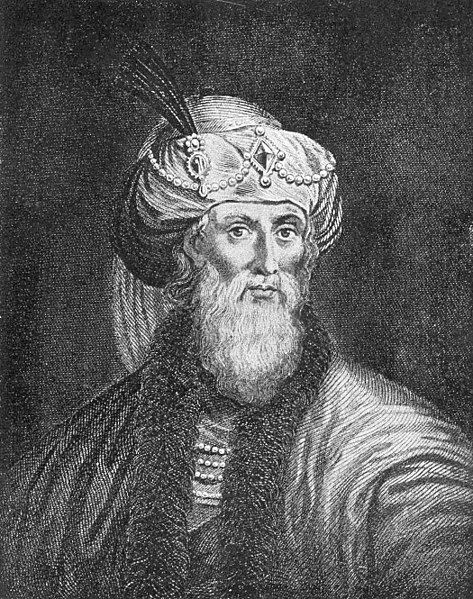 In Josephus Tiberius indicates what he wants to say exactly in the epimythium. He compares the governors to the troublesome flies. The rest of the analysis of the fable is to reason logically or rather analogically: it seems that the provinces, which one makes trouble to, may be compared to the wounded man. In fact both are wounded. At the same time the man is comparable tot he Emperor, for both explain why the let the insects stay. There is no relation one-to-one. Remains the passenger-by. He corresponds to the visitors at the court. Both have a question.

On closer inspection the parallels and lines between the fable characters and the historical persons are indicated with verbal parallels. These are practical and clear resources to associate a fable with its context, favourites in all centuries. The mechanism consists in using the same words various times in structurally comparable places in the text. In the Appendix they are in black.

Finally the function of the fable in its context. Tiberius narrates it to friends who assist an audience with him and ask him why he does not replace the provincial gouvernors every now and then, but waits until he is urged to do so by natural course. As a matter of fact he did so with the gouvernor of Judaea two times only in the twenty-three years of his reign (14-37 AD). Therefore he might not have been surprised when his friends asked about his policy. Especially if one realizes that one of these praefects was called Pontius Pilace (26-36 AD). But Tiberius had his reasons. He gives them through the wounded man’s mouth. 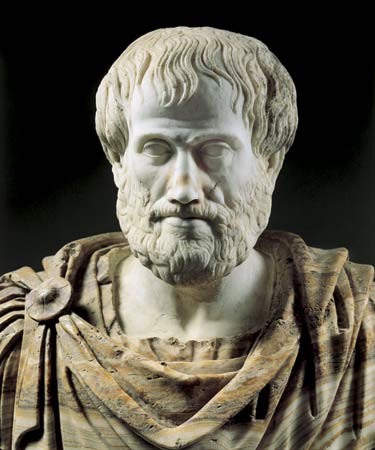 Until here the fable by Josephus. Let’s go to its prehistory. I told before that Flavius had his sources. In the first place he used as a model a fable which occurred four hundred years before: in the Rhetorics by Aristotle.

However, he changed all characters. Aristotle talks of a fox, which was stuck in a ravine and hosted by blood suckers. A hedgehog passed by, which out of compassion offers to take away the malicious creatures. What the fox answers goes without saying: he declines the help from good intentions, basing himself upon exactly the same arguments as the wounded man in Josephus.

The fable, thus, had a complete metamorphosis. The humming flies were born from parasites, although one could discuss its precise identity. An anonymous exegete from antiquity thinks about tábanos, whereas in a more recent past various scholars proposed garrapatas, pulgas and mosquitos. However this may be, the wounded man and the passer-ny are, as a matter of fact, reincarnations of the fox and the hedgehog.

Well, the Danish fable scholar Morten Nøjgaard qualifies the story by Aristotle as a fable, but the one by Josephus as an anecdote, although he admits that both stories “ne se distinguent précisément que par les personnages; sous tous les autres points de vue ils sont à peu près identiques”.[1]

This seems to me to be a reductio ad absurdum. As a matter of fact, both versions are identical in abstracto, as it appears from its vocabulary and structure. The rigid position of the Scandinavian scholar illustrates how one may think about literary genres in general and about fables in particular.

It is often held that fables are peopled by characters which are fictionally rational but really irrational. Surely animals occur in fables, especially in beast fables, but there also fables with plants, men and gods. If we would investigate the ancient fable collections and would take away rational characters, we would eliminate more or less half of the collection.

In respect of genre theory, we should not think too much in categories. This consists purely in 1. making groups and 2. investigate texts which are comparable in some aspects.

Until here this short theoretical digression. Let’s draw back to the central theme of our paper: the relation between the Rhetorica and the Antiquitates Judaïcae. For me it is evident that Josephus was inspired by Aristotle, although the fable characters differ much. For in both texts a rather large number of words occur in exactly the same positions. These are printed in bold in the Appendix 2.1. What is more, there are words which do not correspond literally but are perfectly comparable, like “misery” δυστυχίαν and “desgrace” kakopaqein. In other words: Josephus paraphrased Aristotle.

The context also appears to be very different. In Aristotle it is Aesop who tells the fable in a gathering of the assembly on Samos (the island where Aesop lived according to Herodotus (2.134)), to defend a demagogue, who was condemned to death, whereas Josephus has Tiberius explain his policy of namings by means of the fable. But here also the similiarities are more important than the differences: evidently, the political context of the fable is traditional.