How to call a fish by its name? A brief historical reading of a contemporary debate.

Recently, the newsmagazine Vrij Nederland (Free Netherlands), published an article in which a new proverb was proposed: ‘the random act of calling a fish by its name’. This proverb would indicate guesswork, guessing and the making of arbitrary divisions, respectively. In this piece, food journalist Joël Broekaert explores the difficulties in calling fish and other sea creatures by their correct name – a confusion that permeates in everyday life. Take, for example, restaurants where customers believe they are eating one type of fish whereas, little do they know, there is actually something entirely different lying on their plate.

Broekaert discerns two different strands of confusion: that of the intentional (caused by aforementioned shady chefs misleading their costumers) and the unintentional type. The latter sort of confusion is of a more Babylonian nature – the confusion that arises when a certain fish is named differently in various languages. Broekaert therefore recommends his readers to never leave the house without the Multilingual Dictionary of Fish and Fish Products, the world standard guide issued by the OECD to elucidate the names of fish and fish products that are traded internationally. The work for this guide was started late in the 1960s in a research center in Scotland, where list upon list was compiled of the different names for all things fish. The question is, however: to what extent are these modern developments and debates? 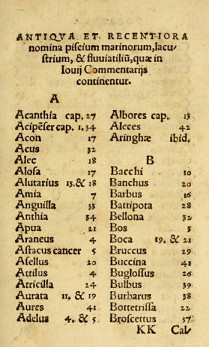 As can be read elsewhere on this blog, the description of nature in general and fish more specifically has a tradition which can be traced back to Aristotle. Sixteenth century naturalists, drawing on ancient sources, aimed to synthesize these old observations with their contemporary ones. Paul Giovio, for example, published De romanis piscibus (Rome,1524) in which he provided a comparative list including the classical names (antiqua) as well as the ones that were newer (recentiora). This accumulative practice was continued by naturalists such as Guillaume Rondelet and Pierre Belon in their natural histories on fish. Despite their efforts, confusion over identification and naming of species persisted and only grew when more and more species were discovered – this was, after all, the time in which knowledge of exotic creatures from faraway places flooded Europe. 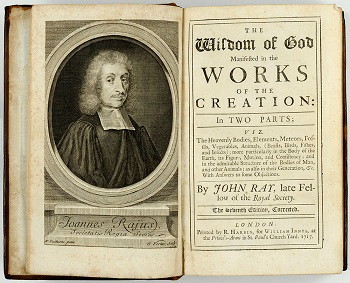 A pressing wish for standardization can be discerned in the seventeenth century, when naturalists came to regard the multiplication of species as a considerable problem for the field of natural history. For the parson naturalist John Ray, the ‘correct’ naming of a fish was not so much a practical, but an essential, almost divine act. As a natural theologian, he believed that the glory of God could be seen in the knowledge of the works of nature or creation. He articulated this idea in his Wisdom of God Manifested in His Works of Creation (London, 1686), a work of great influence to other natural historians of the time. Ray advocated an empirical program for naturalists who, in order to understand the God’s blueprint of the universe accurately, first had to perform the task of confidently naming everything in it.1 Ray, in order to facilitate this, tried to design a universal language that was based on proper knowledge of nature.2 Thus, dispelling the multiplication of species was about dispelling the confusion of words and vice versa.

The same year in which Ray published his views on the ‘Book of Nature’ as God’s second revelation, also saw the publication of his book on fish: Historia piscium (Oxford, 1686). This volume was the result of the ichthyological work done by Ray together with Francis Willughby, his colleague at Cambridge University. This fish encyclopedia shows how Ray’s yearning for a true method of natural history worked in practice: it offered a way to identify and name a fish correctly through the characteristic marks that expressed its essential nature. Furthermore, Ray no longer included any comparative lists of different names in varying places and selected one single name for each species. Despite his ambitions, however, this did not amount to a well-functioning system that incorporated all the fish names according to a coherent linguistic pattern. More successful would be Carl Linnaeus, who first published his binominal system in the tenth edition of Systema naturae (Stockholm, 1758). According to this system, each name should always consist of two parts: a genus and a species name. This proved to be a viable method to classify not only all natural things currently known at that time, but also all future things to be known. The Linnean naming system is still most widely used today in scientific circles. 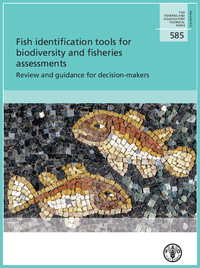 Since some decades now, the standardization of fish names has become a global endeavor, to the extent that it has even been taken up in a program by the United Nations, under the banner of the Fisheries and Aquaculture Department. This UN focus group’s primary aim is ‘to lead consensus-building towards the improved conservation and utilization of the world’s aquatic resources’ (read more). Whereas the debate of the confusion over different fish names thus might not be all that new, it is interesting to see how the underlying objective to combat said confusion has been subject to significant change. Whereas early debates were marked by religious zeal as the principal impetus for harmonization, the contemporary conversations are now articulated mostly in economic and ecological terms.

Hence, a good remedy against the riddling confusion in fish restaurants might be, perhaps, to invoke that system of standardized Latin, Linnean names – memorize them. Or, if you do not mind surprises, continue to rely on vernacular names when placing your order, and hope it yields a nice, proverbial bycatch.

1. Claire Preston, ''Meer nomenclature' and the description of order in The Garden of Cyrus' in: Renaissance Studies 28 (2014) 312