When Law Gets Spectacular

In this post I describe my experience of watching the International Criminal Court's verdict in the recently concluded case of Ahmed Al Faqi Al Mahdi on my office computer. A reflection on the ICC's web stream: am I being involved as a spectator?

The Trial of Al Mahdi

A few weeks ago, on 27 September, the International Criminal Court (ICC) presented its verdict in the case of Ahmad Al Faqi Al Mahdi. Working closely with leaders of Ansar Dine, a Tuareg militant group associated with Al Qaeda in the Maghreb (‘AQIM’), Al Mahdi was responsible for the destruction of a number of religious and historic buildings, nine mausoleums and one mosque to be precise, in Timbuktu, Mali, in 2012. The destruction of cultural heritage is considered a war crime under the Rome Statute, the treaty that established the ICC’s jurisdiction, giving it the power to prosecute. 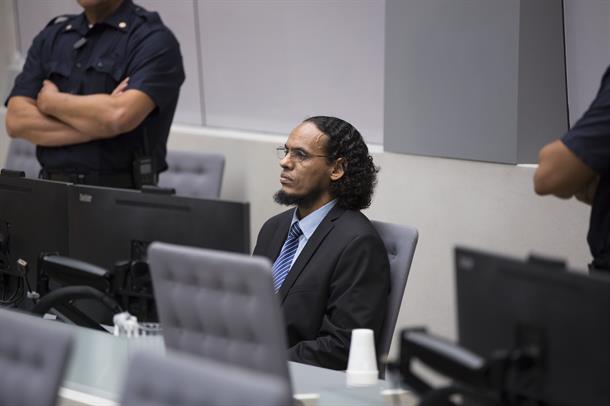 Ahmad Al Faqi Al Mahdi in one of the ICC courtrooms

All International Criminal Court proceedings take place in The Hague, The Netherlands, at the Court’s brand new permanent premises. The hearings are open to the public, unless the chamber orders a closed session, and the ICC broadcasts all courtroom proceedings on a special website so that they are visible to as wide an audience as possible. 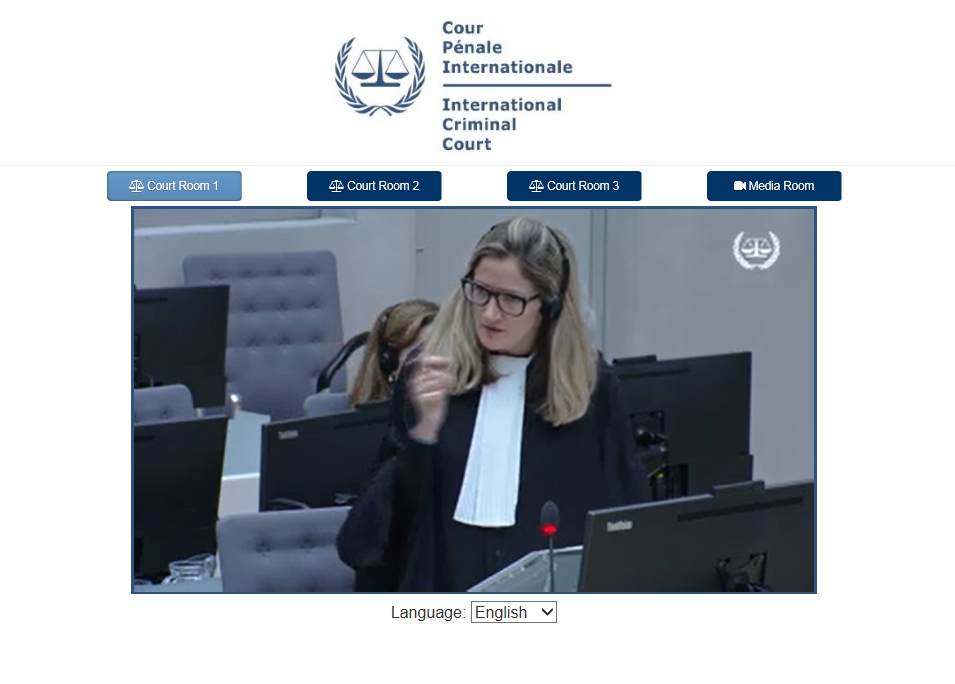 Print screen of the ICC web stream, still of a lawyer in action

Humanists have appealed for the constitution of international criminal law for well over a century, as a way to deal with the atrocities of war and genocide, and what are called crimes against humanity. Yet the ICC’s jurisdiction has been contested from the start (1 July 2002): crucial states refuse to ratify (the US, China, and Israel, among others, and support is becoming increasingly vulnerable. Last month, Burundi, South Africa, and Gambia announced their intention to withdraw from the Rome Statute, and on Wednesday, the first day of the annual assembly of states parties held in The Hague this year, and after the ICC's publication of their report on the annexation of Crimea, Russia announced that it will withdraw its signature and thus its intention to ever ratify the Statute. The Court is still young, but critics feel its successes have been small thus far. The case of Al Mahdi, short in comparison to previous cases, was thus meant to show the world the ICC’s potential to deal with cases effectively.

The conclusive hearing in the case of Al Mahdi was scheduled for 11.30 AM, Tuesday, September 27 – at which time I was in my office in Leiden. So I visited the website, found the live stream, and sat down to witness the presiding judge read the verdict statement, broadcast from channel ‘Courtroom 3’.

The broadcast was followed by an episode of ‘Ask the Court’ about the Al Mahdi case on the ICC’s YouTube channel, a program with information about the facts of a charge and the structure of the procedure:

I considered myself a witness to the reading of a historic verdict, establishing precedent on the issue of the destruction of cultural heritage as a war crime, and attempting to do justice to the suffering of those for whom the destroyed buildings symbolized a shared identity, by publicly sentencing the culprit. The three judges in the case unanimously found Al Mahdi guilty and sentenced him to nine years imprisonment.

Such moments in which the law publicly appears are important to my research, concerned with the question of the mediation of a communal sense of justice that takes place through the event of a criminal trial. Criminal trials have been open to the public since the eighteenth century, installing thereby a separation between actors – lawyers, prosecutor, judge – and spectators, the public. The actors are involved in the process of determining a case in accordance with law, a process that culminates in a verdict, a judgment.

The public, on the other hand, is involved in a different act of judging. It provides a check on the fairness of the procedure, but in acting as witness the public also finds itself in the position to reflect on the question whether the verdict accords with its sense of justice, whether it feels that justice has ‘been done’ in a particular case, which is a critical question.

Cartoon about the Oscar Pistorius trial

Often, legal cases aren’t very interesting and most of them are determined without much witnessing by the public. Even if a case does present as interesting, the legal side of the matter can be rather enigmatic for those not trained in ‘the code’. Cases that receive a lot of public attention, often in the form of media coverage (for example, the Wilders trial currently taking place in the Netherlands, or the recently concluded trial of Oscar Pistorius, the subject of the cartoon above), tend to be cases that capture people’s interest because something more is at stake than a strictly legal question (about the specific category of criminal intent – ‘dolus’ – for example, as in the cartoon).

People may experience a case as involving them, because they see something of themselves and of their sense of justice reflected in the case. The trial of Oscar Pistorius, for example, who shot and killed his model girlfriend, Reeva Steenkamp, claiming that he mistook her for an intruder, ‘involved’ South Africans because it reflected a dark side of the crime-ridden post-apartheid South Africa they find themselves living in. 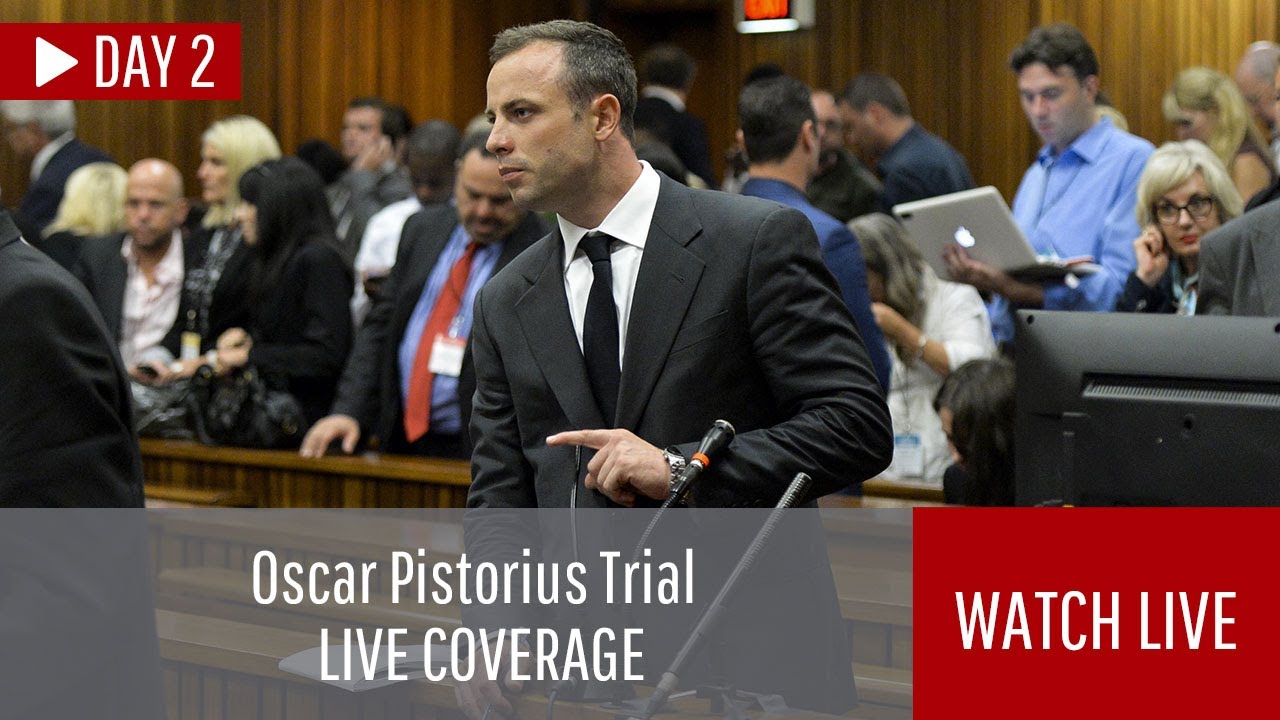 The video broadcast of the ICC’s verdict in the Al Mahdi case, and the ‘Ask the Court’ program that followed it, seem to be of a different nature than the media coverage of the Pistorius trial, however. Videos are broadcast of all ICC proceedings brought before the Court and are made with cameras installed in the courtroom by the ICC itself, not by news reporters commenting on a particular case that seems ‘newsworthy’ to them. ‘Ask the Court’ has a representative of the ICC reading out loud pre-formulated questions and prefabricated answers from a teleprompter. And besides, the questions being raised concern factual information about the case and the structure of the procedure only, not necessarily the questions I would want to ‘ask the court’ if I had the chance.

So as I was sitting at my desk facing the computer screen, earphones plugged in so as not to disturb colleagues, I wondered: what was my spectatorship doing in that situation? Was it even ‘spectatorship’ in the sense that there was anything for me to reflect on, or was I simply being fed images of a court in action?

A Sense of Presence

Anyone with an internet connection can watch the ICC web stream from anywhere in the world, a possibility to which the Court refers as ‘outreach’, and on which topic it presents reports to the UN yearly. But as the subject of an outreach strategy, I'm not sure if I feel invited to reflect on the case I’m watching. In fact, the video is being streamed regardless of whether I want to watch it. Besides, the broadcast only renders the procedure partly ‘transparent’, as the web stream is delayed with half an hour to “allow for the redaction of any confidential information,” as stated on the ICC’s website. Furthermore, unlike the national courts, the ICC is not bound by legislation that required my democratic vote to come into being, which leaves the Court structurally uninterested in any concerns I may want to voice, or even in any support I might want to express for it. 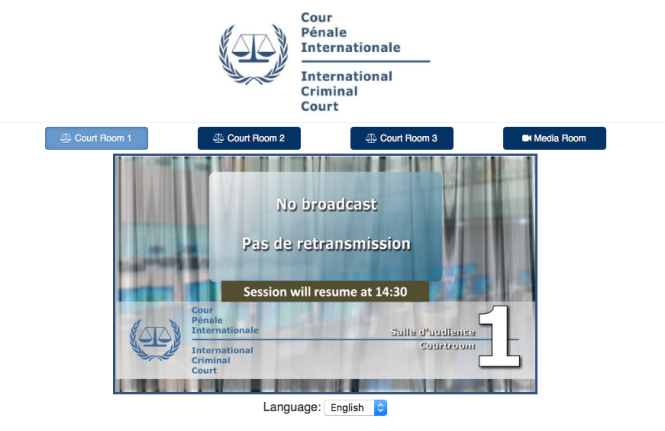 What space does this leave for me, or any other viewer for that matter, to be ‘interested’ in what the Court is determining about the world, if we take that word in the etymological sense of indicating a relation, from the Latin inter esse, ‘what is in between’? In other words, is the Court establishing any relation between me, as a viewer, and its proceedings?

It is possible, I imagine, that the victims of the crimes with which Al Mahdi is charged by the Court experience his punishment as a form of reparation for their sufferings. But as I am sitting in my office, feeling further and further removed from the space in which the action is happening, and finding myself in a state of suspended relation to potential other viewers, not having discussions about how we feel about the outcome of this particular case, I wonder: is this what those humanists throughout the twentieth century imagined an international criminal justice could be?