A 21st-century Dutch ‘Beeldenstorm’? The Frame of Iconoclasm in Historical Perspective

Over the past week colonial heritage has been the subject of a public debate in the Netherlands, called the 'Beeldenstorm' discussion. Why is this term used and how does it frame a variety of views as iconoclastic?

A spectre is haunting the Netherlands – the spectre of iconoclasm. At least, if we believe the popular Dutch newspaper De Telegraaf. In a piece published on January 17, two Dutch historians, Piet Emmer and Frank Ankersmit, condemn what the newspaper calls a ‘Beeldenstorm’. This term normally refers to the Iconoclastic Fury of sixteenth-century protestants who destroyed religious images in religious buildings and the public space. 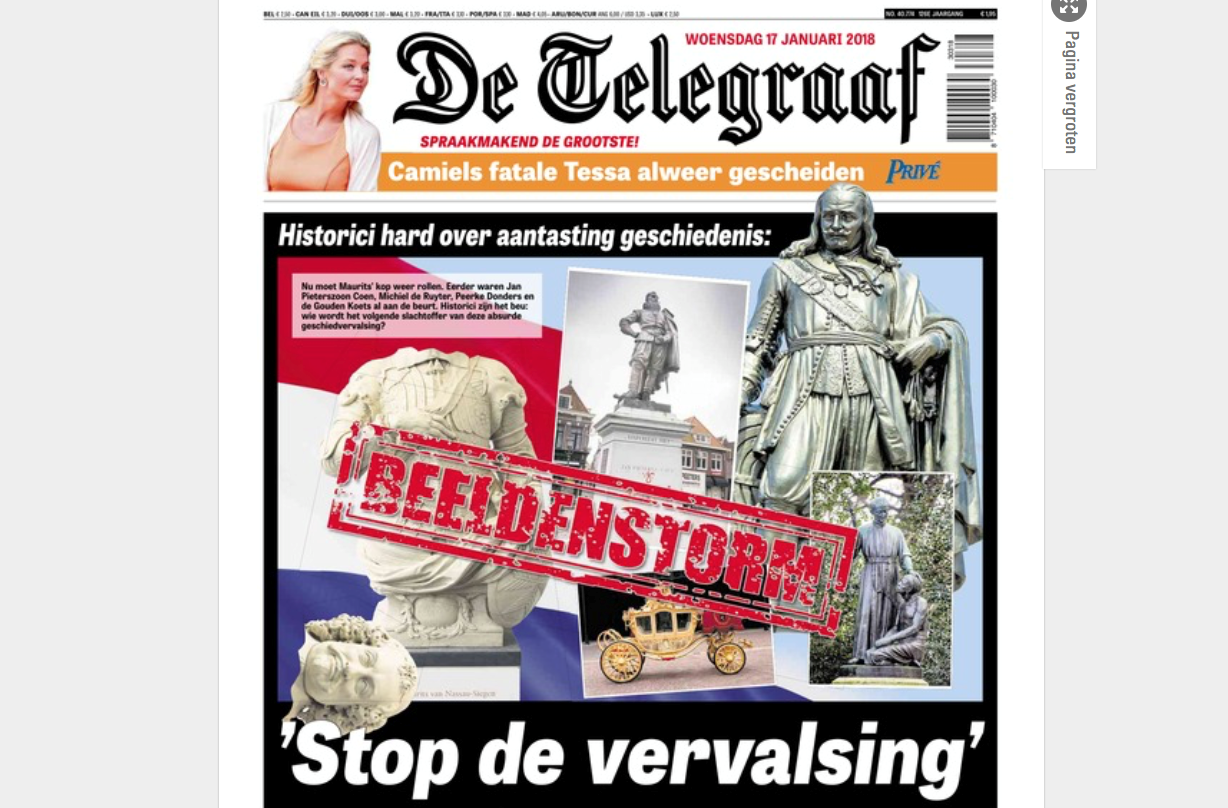 There are two recent events that motivated the two historians to speak out. First of all, the J.P. Coenschool in Amsterdam decided to change its name. Jan Pieterszoon Coen, after whom the elementary school has been named, was governor-general of the Dutch East Indies in the seventeenth century. He founded the city Batavia and was seen as a national hero, especially at the end of the nineteenth century. He was, however, also a war criminal, most notoriously known for killing almost the entire population of the Banda Islands, which gave him the nickname ‘the butcher of Banda’. The school does no longer want to associate itself with this violent, colonial part of Dutch history.

The other event is a decision by the Mauritshuis, an art museum in The Hague, to remove from the foyer a polyester replica of a bust of Johan Maurits van Nassau-Siegen, name giver of the museum and former resident of the building. Maurits was governor of the Dutch colony in Brazil in the seventeenth century and had an active role in the trade of enslaved people. The profit of the sugar plantations that operated on the labour of enslaved people made him rich, enabling him to build the Mauritshuis. Besides removing the bust, the museum has opened a new exhibition room about Maurits, Dutch colonial history, and the history of slavery – including a statue and portrait of Maurits. 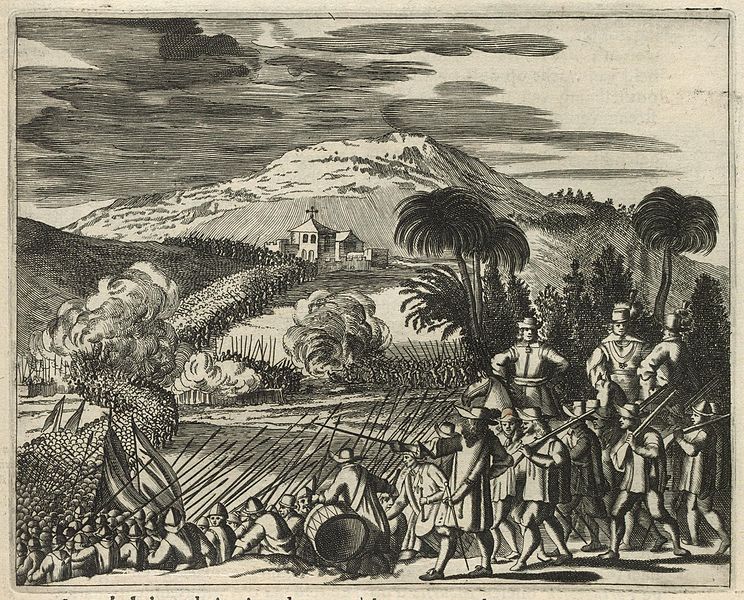 These events and the Telegraaf article have sparked a debate in the Netherlands about the proper ways to deal with the heritage of the Dutch colonial past – which I think is an important debate to be having. However, the problem, as I see it, is that the debate is still carried on under the term ‘Beeldenstorm’, which has even become the hashtag of the discussion. While both the school and the museum have not destroyed any images physically, this term frames all those who argue for a change in dealing with colonial heritage as iconoclasts, and does not do justice to the variety of views and the complexity of the debate.

Currently, the public debate in the Netherlands is mainly being held by historians of Dutch colonial history and its legacy (with a striking lack of the perspectives of descendants of colonized people, as historian Suze Zijlstra rightly points out). As a medievalist and art historian, I would like to add a different perspective by asking the following questions: how did conflicts over proper reactions to images in the past impact dominant power relations and values in a society? And what has motivated people in the past to frame certain groups in society as iconoclasts? In line with my own field of expertise and with the term ‘Beeldenstorm’, I discuss some disputes over religious images that have social and political dimensions as well.

I would like to start even before the iconoclasm of the sixteenth-century. In her book Emotion and Devotion, historian Miri Rubin explores the role of reactions to images in thirteenth-century writings against Jews. The French Benedictine Gautier de Coinci, for example, rewrote a centuries-old story about a Jew who visited the home of a Christian, where he saw a painting of Mary. The Jew made clear that he despised the veneration of Mary and in the end threw the painting into a privy. The Christian found the image, cleaned it, restored it and it started pouring miraculous oil which benefited only those who venerated Mary. 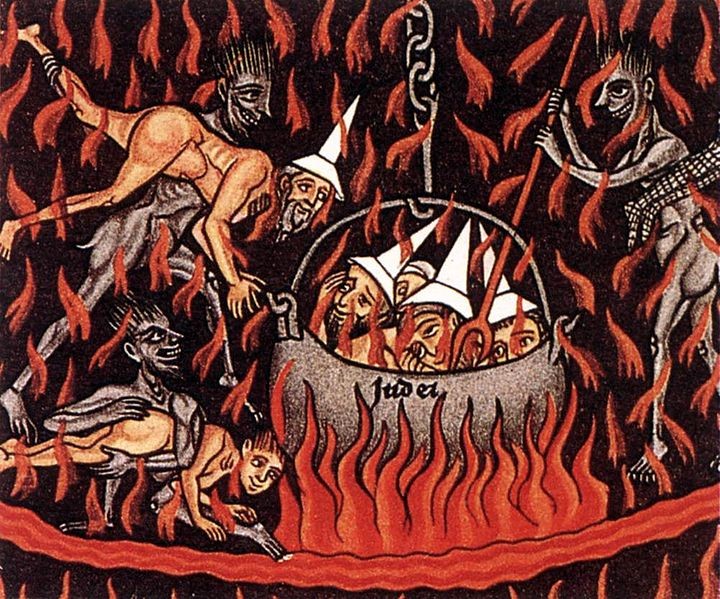 This story about an iconoclastic Jew is clearly meant to depict Jews as ignorant and barbarian, and to incite feelings of outrage and self-justification in the Christian reader. This is even more clear in a story, also presented by Rubin, in the Cantigas de Santa Maria: a collection of Marian miracles under the patronage of King Alfonso X of Castile. In the story, the Archbishop of Toledo celebrates the Mass on the feast of Assumption, when a woman begins to weep:

Oh. God, oh, God, how great and manifest is the perfidy of the Jews, who killed my Son, though they were His own people, and even now they wish no peace with him.

After the mass the archbishop recounted and interpreted the event: clearly the Jews were enacting an evil deed:

Then they hastily set out for the Jewish quarter and found, it is no lie, and image of Jesus Christ, which the Jews were striking and spitting upon. And furthermore, the Jews had made a cross upon which they intended to hang the image. For this deed they were all to die, and their pleasure was turned into grief.

In this violent story the Jews are portrayed as taking a barbarous pleasure in the act of iconoclasm. Both stories serve to strengthen the Christian identity, threatened by the Jews and their contempt for sacred images. Framing Jews as iconoclasts confirmed existing power relations in society. 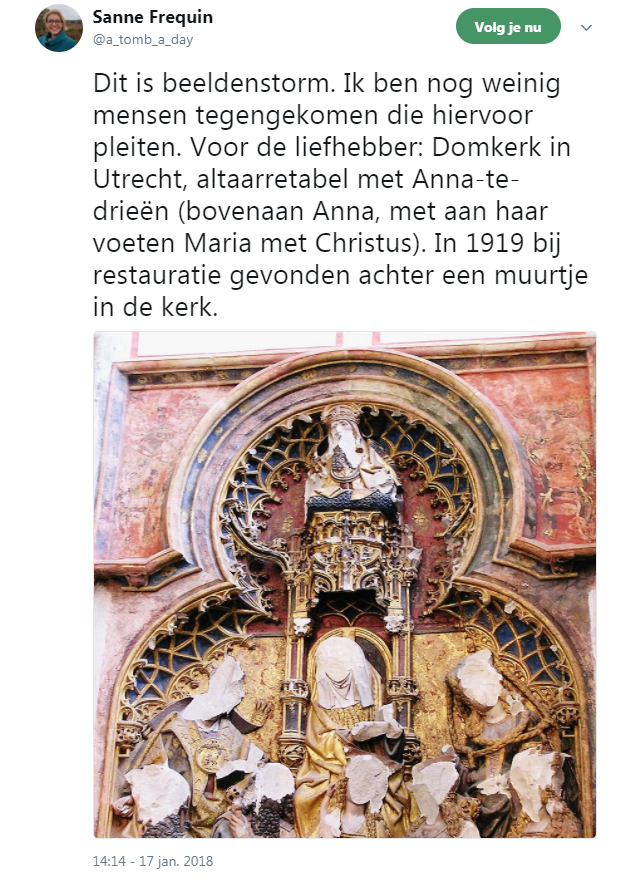 “This is Iconoclastic Fury. I haven’t encountered a lot of people who plead this.” Tweet by Sanne Frequin (@a_tomb_a_day)

Now a quick note on the Beeldenstorm of the sixteenth century. Rather than confirming power structures, this Iconoclastic Fury is connected to religious and social change. But while the Reformation is a period looked upon favourably in predominantly protestant countries (last year the 500th birthday of the Reformation was celebrated), the Beeldenstorm was already in seventeenth-century historiography presented as a dark, embarrassing episode, a mistake that was blamed on ‘the poor’. Catholics, in turn, presented themselves as “victims of what had been unpredictable and uncontrollable crowd violence” – again framing iconoclasm as a barbarous, irrational act. While most historians and art historians adopt a more nuanced view nowadays, the popular image of a Beeldenstorm is mainly a negative, barbarous one. 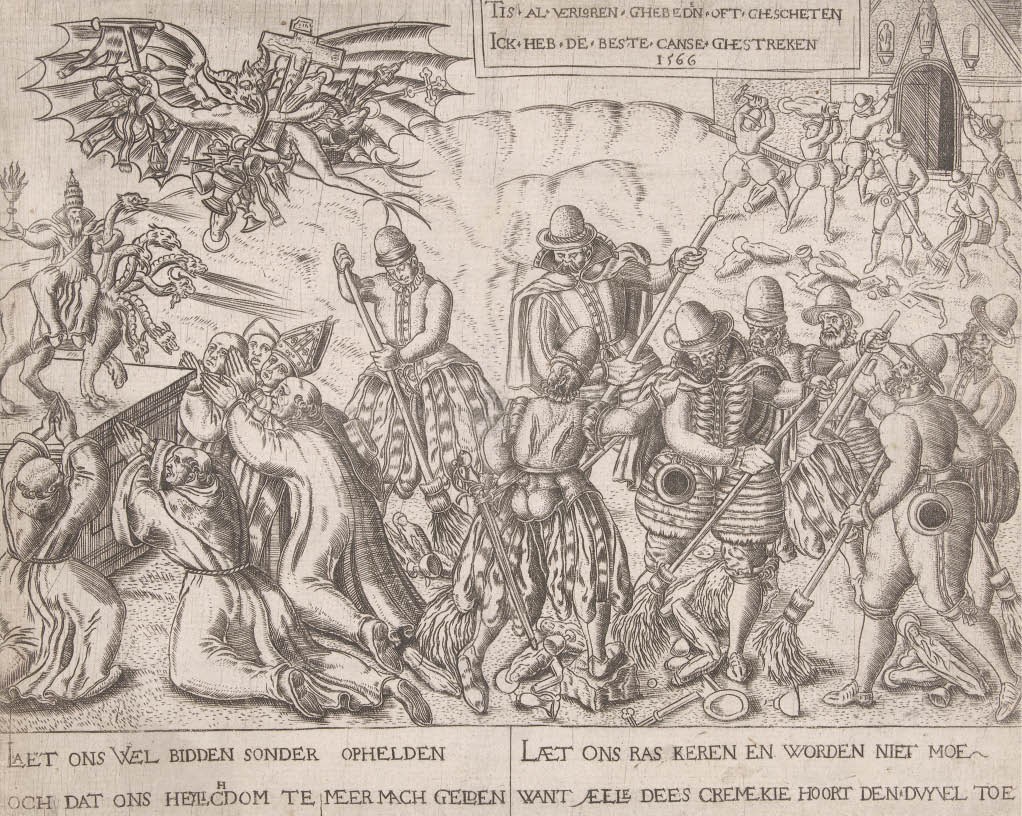 What can we learn from that about the current debate on the Dutch colonial heritage? Defining the proper way of reacting to certain images has long been a way of expressing and confirming power relations in society. Allegations of iconoclasm were used in the past to frame groups of people as ignorant, irrational and barbarous. When we return to the discussion on how to deal with heritage of the Dutch colonial past, I think it is fair to say that the power relations are still in favour of keeping things as they are, as for example our prime minister Mark Rutte, who studied history, wishes. The voices of people who have other perspectives to offer, and who want to change the way we present colonial heritage without erasing it, are a welcome contribution to the discussion. But framing their varied views under the one, misleading denominator ‘Beeldenstorm’, with its connotations of irrationality and barbarism, creates a false opposition that stands in the way of a true engagement with the ideas of the proponents for change.

On the medieval and early modern period:

On the recent debate (all in Dutch):

Listen to ‘Omgang met het Slavernijverleden in België en Nederland’, a discussion among historians in the Dutch radio programma OVT