A Little Documenta in Arnhem

Considering the representation of non-Western contemporary art in the Netherlands, 2016 has been a year of mixed feelings. It was marked by the closing of SMBA, the project space of the Stedelijk Museum, where since 1993 issues on multiculturalism and postcolonialism had been gaining momentum. This funding-related closure was ironically preceded by the SMBA being simultaneously host and receiver of the €1000 prize from the second lucky draw of the Parasite Lottery on June 14th.This lottery, for cultural institutions that suffer from cutbacks in funding, was set up by Indonesian artist Wok de Rock, while he worked collaboratively with another Dutch project-based art space, CasCo in Utrecht. 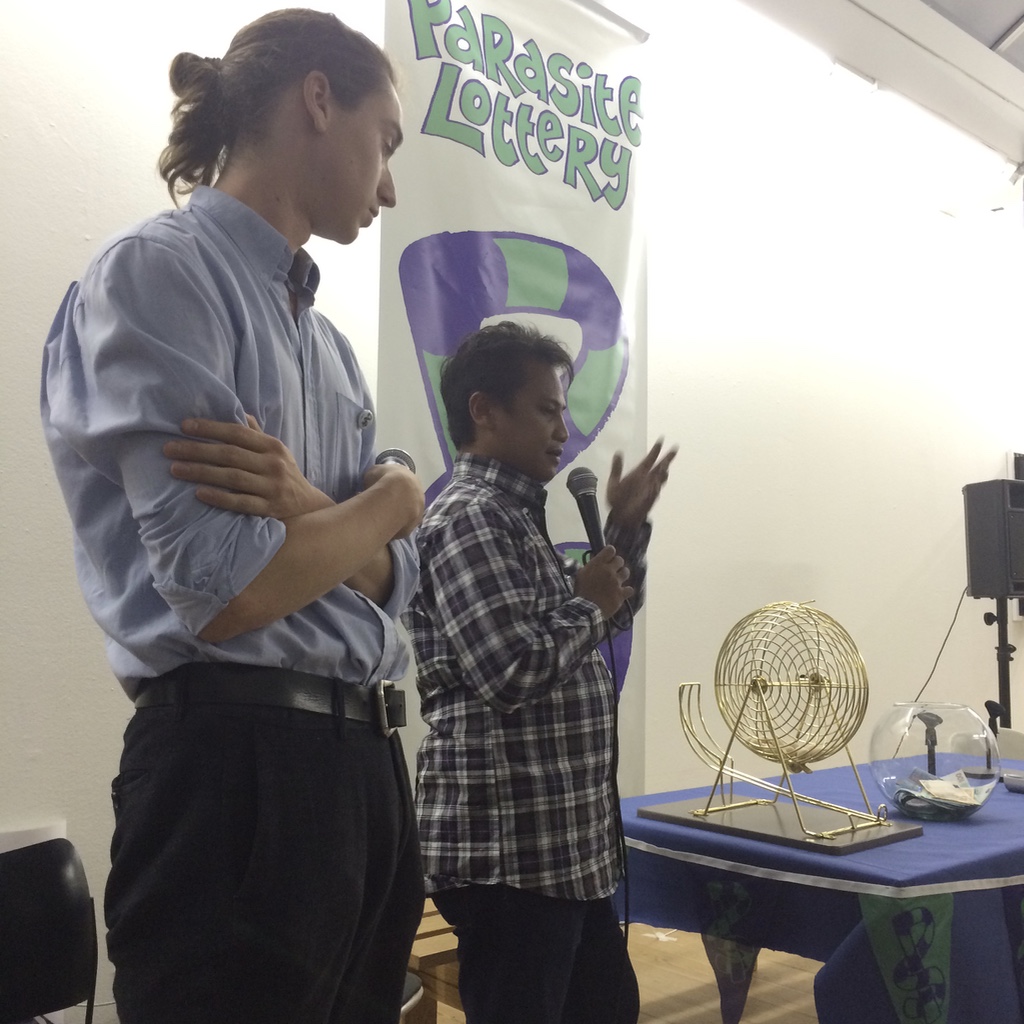 Wok the Rock (holding microphone) and a member of SMBA, on the occasion of the second lucky draw of Parasite Lottery, on June 14, 2016.

This closure, that diminishes diversity in the Amsterdam cultural landscape, is nevertheless episodically accompanied by important and relevant cultural events – some of which take place outside the city. One of them is the 2016 edition of Sonsbeek’16, TRANSaction, curated by the Indonesian ruangrupa collective and present in Arnhem until September 14, at which the group of curators proposed to "activate the city." On September 15, Amsterdam will stage another important collaborative show, Koneksi-connectie, in which Dutch and Indonesian artists reflect on their visions of home, history and heritage, and notions of belonging, identity and migration. 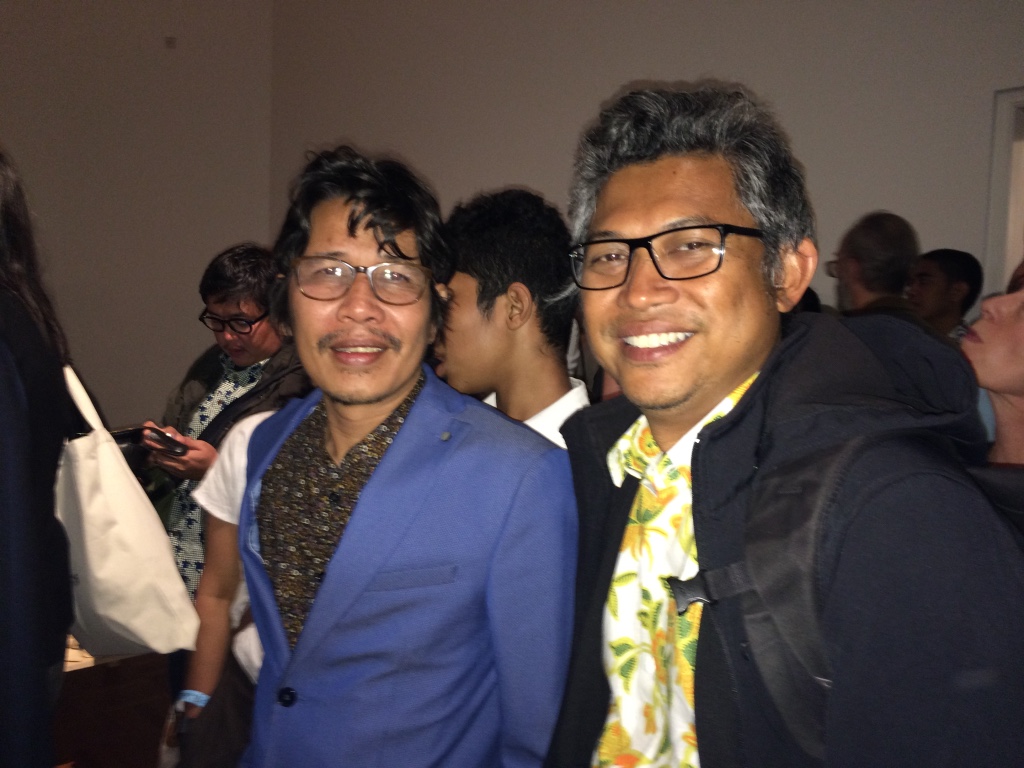 An exhibition with a ‘documenta feel’

Located in the city of Arnhem, far from the centres of most cultural production in the Netherlands, Arnhem houses since 1949 a major periodical contemporary art event, Sonsbeek, that gains its name from the park which is the heart of the exhibition. 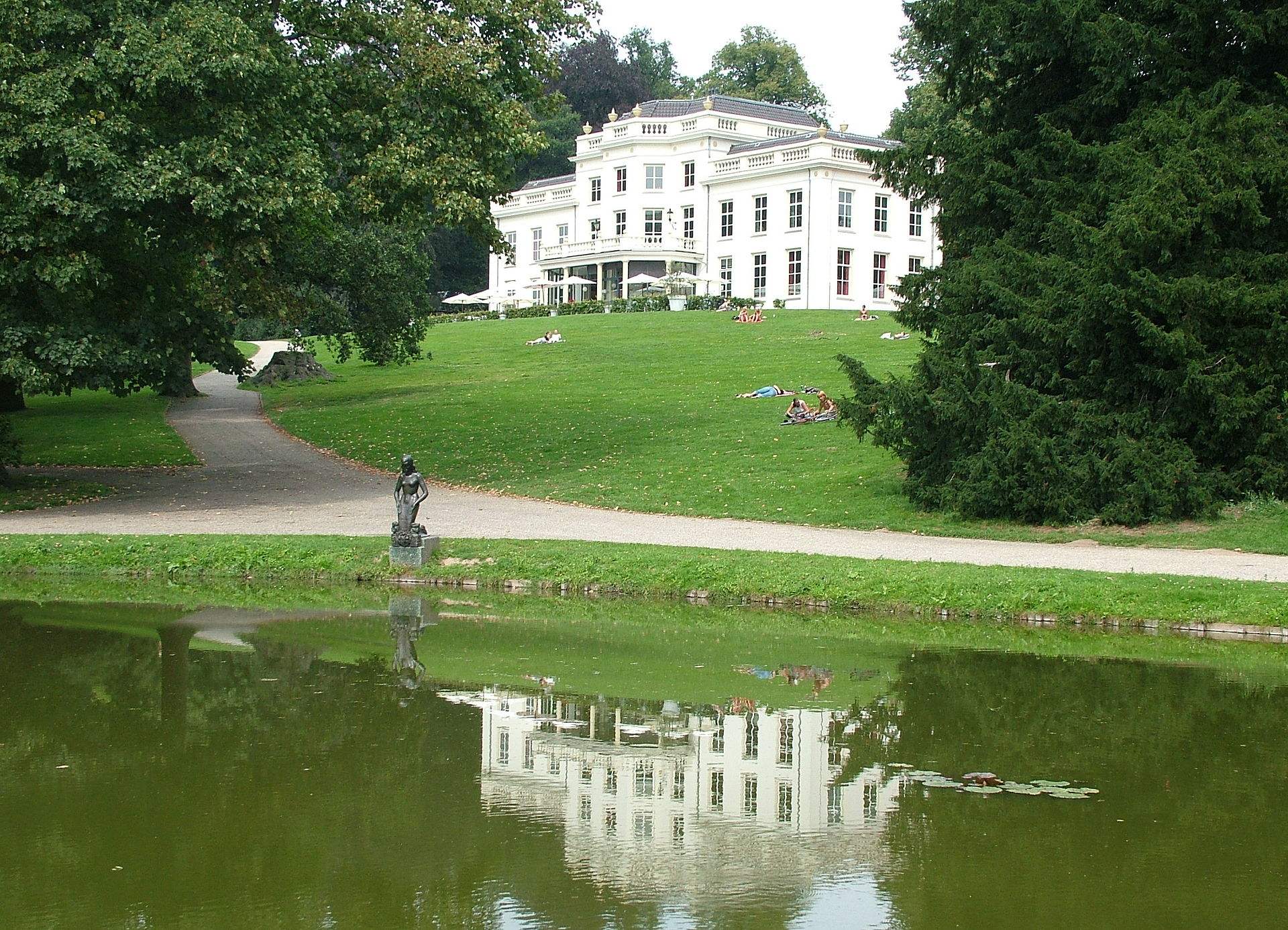 Interestingly, Sonsbeek has a ‘documenta’-feel. documenta remains the legendary art exhibition founded in the aftermath of WWII, in Germany. Sonsbeek, I soon learned, was founded with exactly the same intent: “to give the city that had experienced so much destruction during the Second World War a totally new appeal.” It is even more intriguing that it was here in 1971, and not in Kassel in 1972, that the exhibition theme format was adopted by the intervention of Wim Beeren, then chief curator of the Amsterdam’s Stedelijk Museum.

After a two-hour train journey, a modern city -- clearly a result of WWII -- welcomes us. But a short, ten-minute walk takes us to the park where Sonsbeek was traditionally located, when the exhibition housed mainly sculptures. The documenta-feel materialises precisely by this combination of modernity and classicism, and for the exhibition’s layout: a museum, a park and the city. After the opening on June 3, 2016, I interviewed one of the curators, Ade Darmawan. 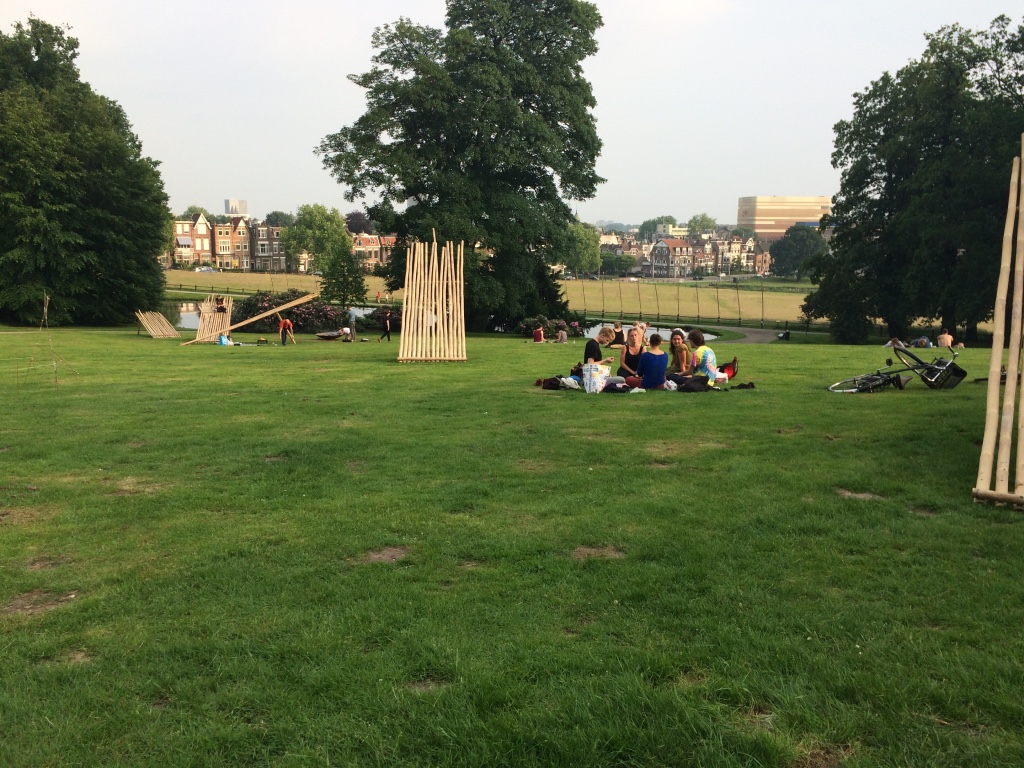 View from the park ibn the city of Arnhem. Photo credit: Leonor Veiga

Ade, could you tell me a bit more of how this project came to be?

Sonsbeek has a jury that shortlists curators for this project. I received an email from them, which included an invitation to come to Arnhem and pursue research. Later came an open invitation for a curatorial proposal (you were free not to propose a project). We [ruangrupa] met other candidates, visited the place, sites, the city government. Initially I doubted we would propose anything.

Eventually you did send a proposal, and it won.

We had several meetings, in which we debated why we should do this; we were busy. So we decided to make a simple proposal, based on recovered proposals. Since our curating method is based on space, exhibiting only makes sense to us if we can make ruruhuis transpire. Therefore, one of our conditions was to open a space in Arhnem one year prior to the main show. From that, we could start making a space to anchor our work locally. We got in touch with the local Arnhem community and brought local stories and artists into the ruruhuis. 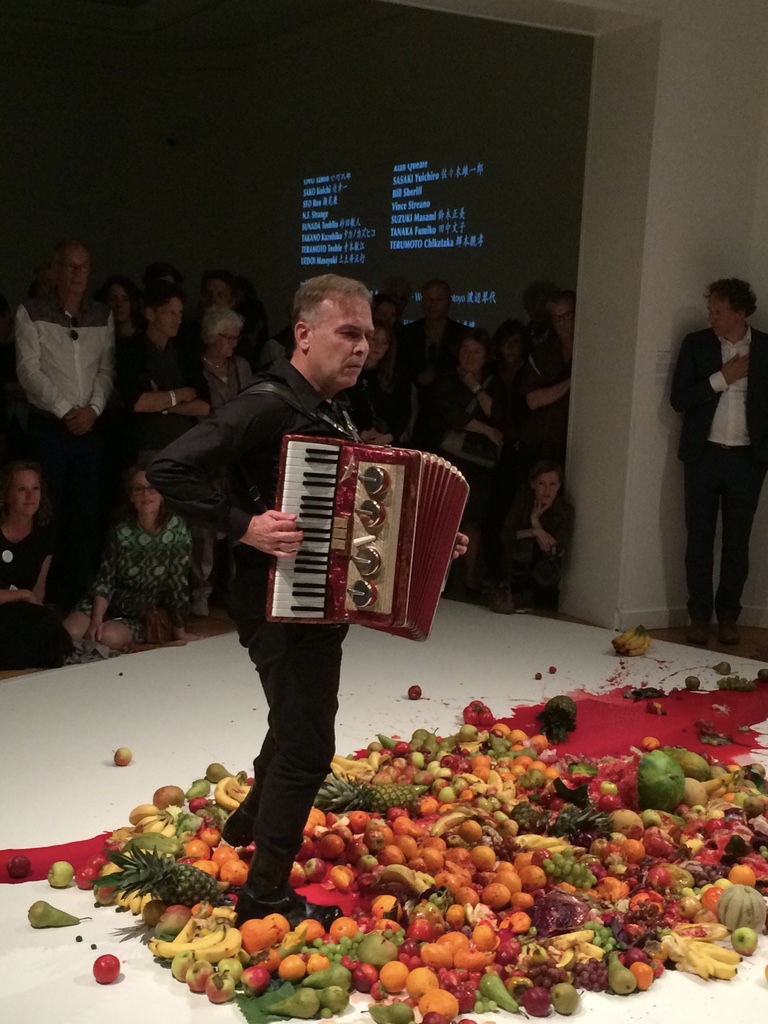 You also brought in artists, many of them brilliant. How did you select them?

We already had a list of interesting artists we had met all over the world while doing ruangrupa projects. Of course we do research, but basically our sixteen-year experience is based on this network.

Are the Netherlands making an effort to connect to Indonesia through art?

AD It may be related with policy, of course. But Indonesian art is global since the 2000’s, the dynamism is great there. It automatically attracts international attention, not only from the Netherlands, but also from Australia, Germany, and many Scandinavian countries. Like it or not, the Netherlands should do it, because of the past. Other countries have done it before. For instance, the Frankfurt Art Fair had Indonesia as guest of honour in 2015; next year [2017], Europalia will celebrate Indonesia. It is inevitable, it cannot be avoided. Yet Sonsbeek is a different network than those that relate to nostalgia, that romantic view. This is good; here we were treated as equals, without the regional modifier being implied. Sonsbeek’s organization is actually quite surprising: the jury is diverse, they invited several curators. But of course, it is an additional issue that we are an Indonesian collective working in the Netherlands. 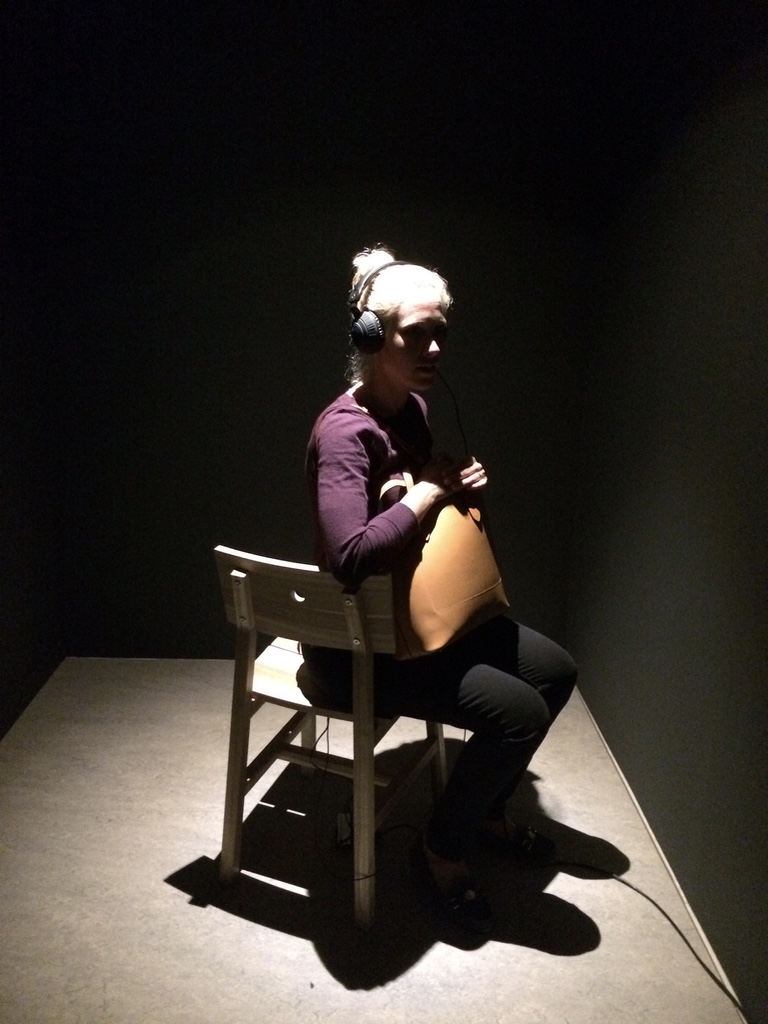 Tell me about the theme, TRANShistory and the Indonesian team.

Our proposal was absolutely open-ended, and we wanted to activate the city with music (which is always very close to us). We are seven members, all working together. It is a collective of artists, architects, socio-political writers and activists. We do not have a leader, we rotate and share all functions.

Do you keep an archive?

Yes, mostly video, because of our OK video festival.

The next Sonsbeek will take place in 2020. For now, we can hope that Koneksi-connectie in September continues the trend of ‘diversity within equality’.