A persistent myth about the history of palaeontology holds that fossils were believed to be the result of creative forces in the earth, until it was finally shown that they are actually the remains of living organisms. Time to dismantle this story.

Fossils have fascinated people since antiquity, and many attempts have been made over the years to explain their nature and origins. In order to better understand this history, it may be useful to introduce the concept of pseudofossils. These are not fossils deliberately forged by people looking to make a buck (the technical term for those would be “fake fossils”, I guess). Rather, pseudofossils are geological objects that look like the remains of living beings, but really aren’t. Examples include certain crystal growth forms such as dendrite (figure 1), which looks an awful lot like plants, or rocks that happen to have animal shapes (figure 2).

Figure 2 - A rather charming pseudofossil fish, complete with fins on its tail and back (from the Hofland Museum collection)

The pseudofossil concept is a modern one. In Renaissance and early modern times, the term “fossil” referred to any kind of object that had been dug up from the ground. Thus, every rock, pebble, mineral, gem, etc. would be called a fossil, most problematic of which were so-called “figure fossils”, which looked like (parts of) plants or animals. There were, broadly speaking, two explanations for those. Either they were petrified remains of plants and animals, or they were objects formed in the earth that resembled plants and animals. The latter idea was especially popular in the 16th and 17th centuries and was often linked to ideas of spontaneous generation. Thus, an animal grown in the water would eventually come to life and swim off, but one grown in the earth would eventually give up and remain unfinished.

Rather too often, accounts of this period in the history of palaeontology suggest that the debate concerning the nature of figure fossils raged between those who took them to be remains of living beings, and those that took them to be artsy rock formations. This is simply false. As has been noted by historians such as Martin Rudwick, the discussion was often not about whether figure fossils were the remains of living beings, but which of them were and which weren’t. I would go further. I haven’t found a single author writing in the 16th or 17th century (or later) who believed all figure fossils were produced in the earth.

Figure 3 - A typical fish fossil (from the Hofland Museum collection)

The famous Italian naturalist Ulisse Aldrovandi (1522-1605) comes closest; he seems to have been one of the very few willing to claim that whole-body impressions (such as the fish in figure 3) were created in the rocks, calling them a “wonderful show by Nature, that traces these images so perfectly that they seem to have been painted with a paint-brush”. But he also identifies certain fossils, such as petrified elephant teeth, as animal remains. The German Jesuit scholar Athanasius Kircher (1602-1680), who is often mentioned as a champion of the idea that figure fossils are products of the earth, readily accepted the organic origin of a whole host of plant and animal figure fossils. Indeed, the woodcuts that accompany Kircher’s descriptions of such fossils essentially display them as corpses, not rocks (figure 4). He was just much more interested in the ones produced in the earth, and even hoped he could replicate them alchemically. 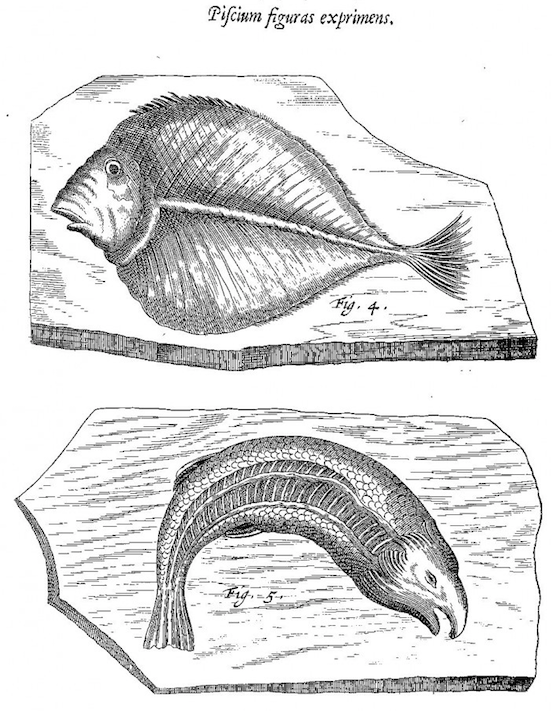 Figure 4 - A fossil fish depicted by Kircher in his 1665 Mundus Subterraneus vol. 2

There is thus a continuum of positions one could take on this issue. There were some figure fossils that basically everyone agreed were the remains of living organisms. There were others that everyone agreed were not. In between is where the disagreements were. Consider the Danish naturalist Nicolas Steno (1638-1686), who is often said to have convinced the world of the organic origin of figure fossils. He did no such thing, of course, as everyone already believed that there were fossils with an organic origin. He did convince many people that so-called “tongue-stones” (which were supposedly tongues of snakes or dragons) were really petrified shark teeth (though he was by no means the first to make this claim). A great achievement indeed, as people were mighty confused by these objects, but hardly the stuff of revolution. 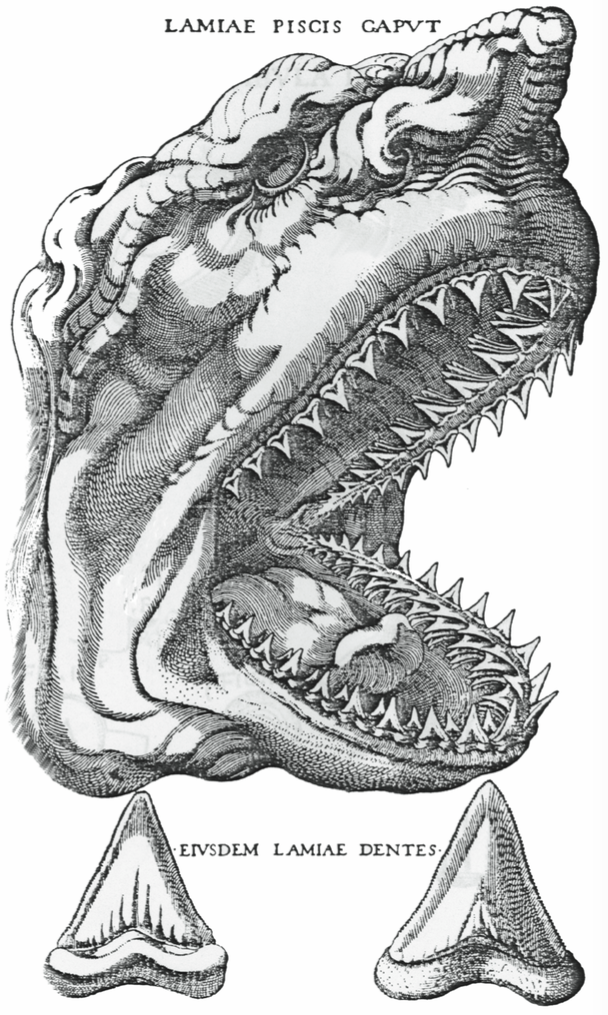 Figure 5 - Steno's drawing of a shark's head and teeth, from his 1667 Canis Carchariae Dissectum Caput.

In conclusion, then, I am unaware of any naturalist ever having claimed that all figure fossils are produced in the ground. I also haven’t found a single author who claimed that all figure fossils are the remains of living organisms. Palaeontologists nowadays still don’t. This is why there is a concept of pseudofossils, for they are essentially figure fossils that are not the remains of living organisms, and therefore are produced in the ground. Extreme positions are often the most interesting, of course, but in the early modern debate concerning the nature of fossils there was a wide spectrum of positions one could take, and most people opted for an intermediate one. The question is not whether but to what extent geological processes can mimic or produce organic forms. Dichotomies make for nice and spectacular history writing, I suppose. They are also usually false.

J. M. Jordan, “Ancient episteme and the nature of fossils: a correction of a modern scholarly error,” History and Philosophy of the Life Sciences 38 (2016): 90-116.

Martin Rudwick, Earth’s Deep History: How it was Discovered and Why it Matters (Chicago: University of Chicago Press 2014).