Horace’s Ars poetica in Children’s Literature: from advising poets to the Reader’s bill of Rights

Around 19 BC, Horace advised poets both to instruct and delight their readers, in order to write proper poetry. This piece of advice is still well-known nowadays, especially in pedagogy. But isn’t it a bit restrictive for children?

Have you ever tried to find an original gift for a child? In my experience, it always ends in a struggle between my inner-child, whispering encouragement to find an enjoyable and fun gift for the young receiver, and my adult’s conscience, asking for the pedagogical aims of any idea that I first found awesome. I sometimes find a way of reconciling both parts of my mind by finding a gift that will both instruct and delight this lucky child. Although I found this compromise super-smart in the past, I have to admit that it is in fact nothing but part of a long and famous tradition. 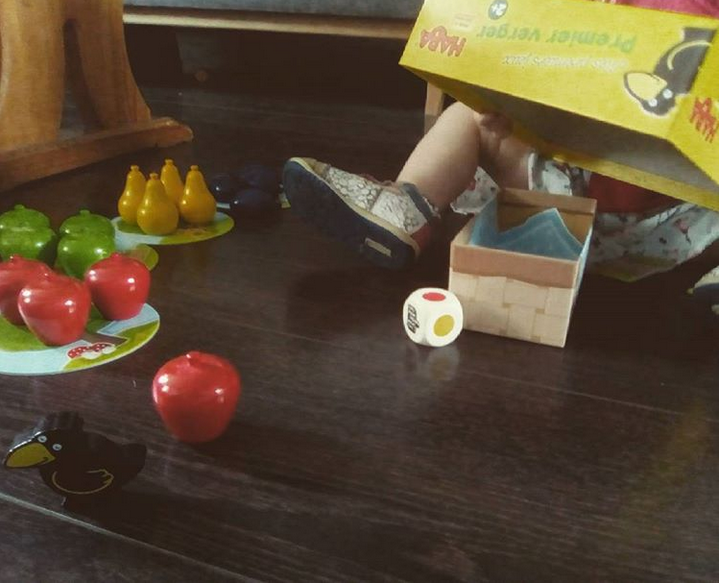 A perfect example of a traditional board game, supposed to combine instruction with pleasure, and a child who obvioulsy prefers playing with the box (personal picture).

Indeed, around 19 BC, the poet Quintus Horatius Flaccus better known as Horace, considered to be the most prominent of Roman lyric poets, already advised poets to “instruct and delight” their readers, in his Espistle to The Pisos or Ars Poetica: 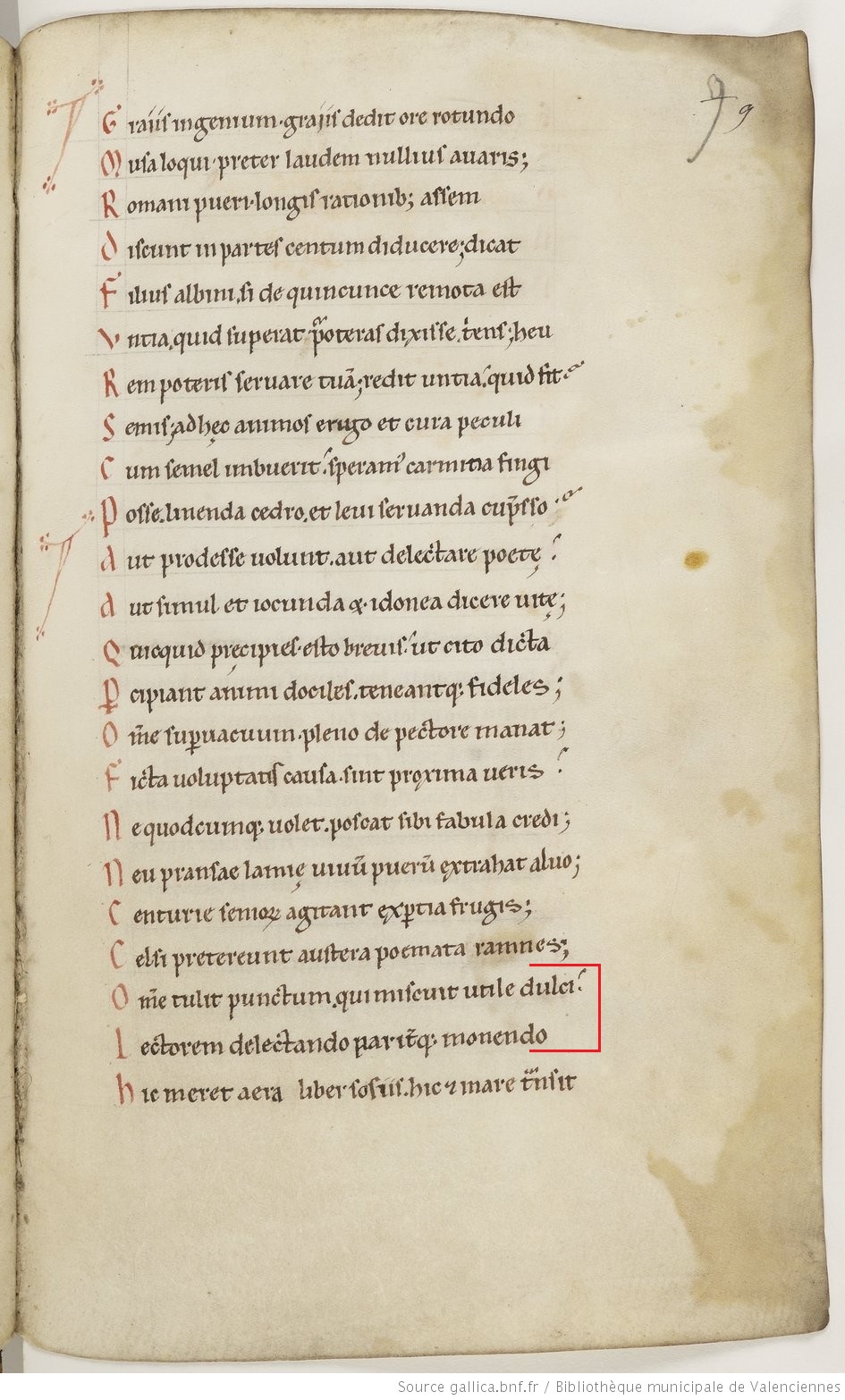 Ever since, literature has more or less combined instruction with pleasure: the Middle Ages didn’t offer much to read for pleasure but, besides biblical literature, fables and fairy-tales (implying morals) were told, while the intellectual content of literature became less essential during the Renaissance. But Horace’s verses went through the ages in many languages, thanks to manuscripts such as the one above:

which means : “He who joins the instructive with the agreeable, carries off every vote, by delighting and at the same time admonishing the reader.”[1]

This is how Nicolas Boileau, a French poet, became famous in 1674, when he published his own poetic translation of Horace’s Ars Poetica: L’Art Poétique:

This motto has been widely shared since in French literature (“plaire et instruire”), especially in Boileau’s context, since classicism exhorted authors to follow poetics, themes and texts, as defined in antiquity. Boileau’s translation became a reference, a guide to write according to the principles of classicism.

But how did it become so important to children’s literature?

For ages, children were considered as small adults, or at least as adults-to-be. Therefore, authors didn’t meet any specific needs children could have in their books; they thought it would be useful to instruct and delight them as it was for adults, albeit in a more simple way.

This situation evolves with the Czech pedagogue Jan Amos Comenius, who developed his own pedagogy by digging up the concept of combining instruction with pleasure: he considered childhood as a specific period of life, with specific needs and ways of thinking. Therefore, he explained, children learn easier by playing, and pictures help them to understand concepts and to reach abstraction.

In 1658, he published the Orbis Sensualium Pictus, a large book featuring pictures and captions with numbers, to help children learn Latin through German: 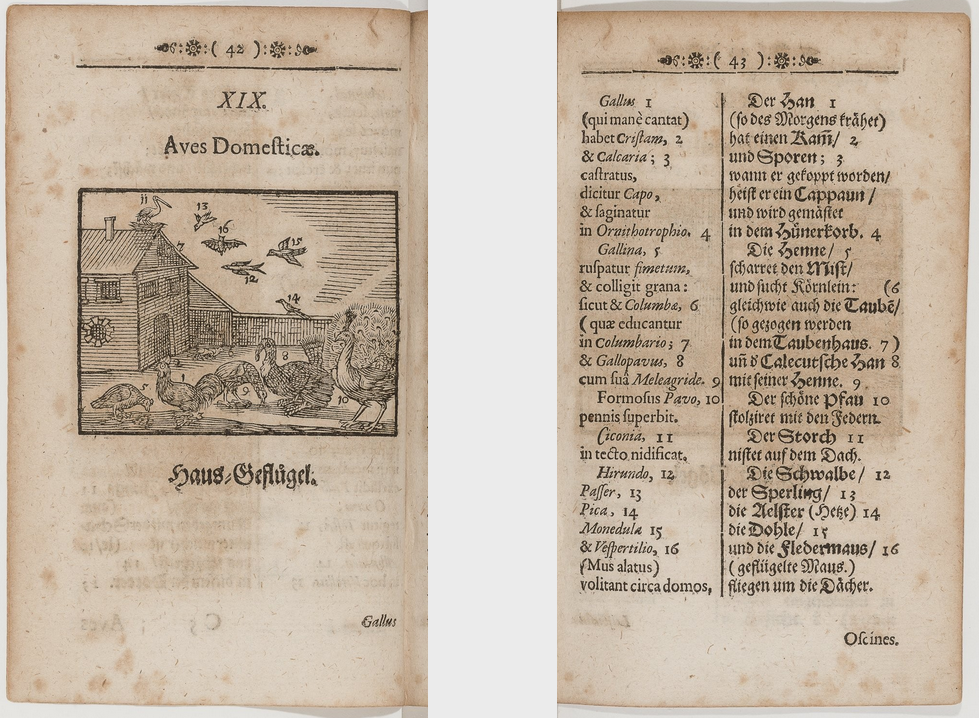 This book was quickly translated into many European languages, making it the first widely used children’s book with pictures spread all around Europe.

As a result, while the motto "to delight and instruct" became obsolete with the decline of classicist ideals in France, it still lives on in children’s literature, perhaps thanks to the emulators of Comenius’ pedagogy.

Jean de La Fontaine’s Fables (1668) are an interesting example of this phenomenon: inspired by Aesop’s fables, they were written to instruct the aspiring future king by delighting him at the same time, which echoes both their context (French classicism) and Comenius’ recent work on pedagogy. The Fables became the French incarnation for children of “Plaire et Instruire” and it’s almost impossible today to list all the editions of this book from 1668 to nowadays: 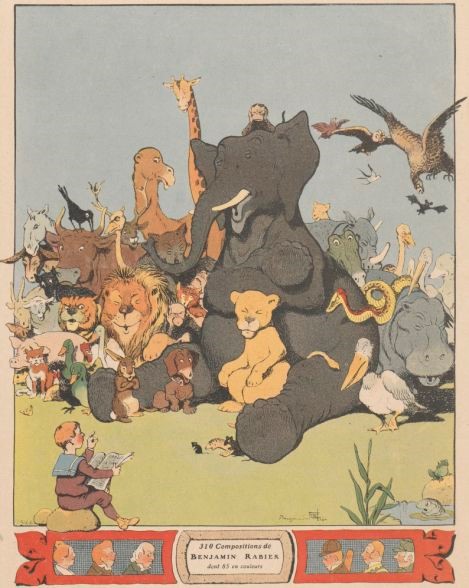 On this frontispiece (the first illustration in a book, facing the title page) by Benjamin Rabier, the child adopts the teacher’s position, which reminds us of Comenius’ pedagogy: inviting children to learn by themselves and inviting pedagogues to help children being active in their own education. On the other side, the anthropomorphized animals, by looking disobedient, promise the reader that he will have fun by reading this book.

The French government still seems to believe that Fable give pleasure when every year it chooses to offer a different edition to children when leaving primary school for high school, by means of an initiative called “Un livre pour les vacances”. Today’s appeal of the Fables is debatable, especially as a summer reading, let alone the decision to offer children a book that they didn’t choose themselves. The initiative is both essential (some children don’t have any books at home) and useless because it once again turns the school into a book-prescriber for children. Couldn’t we let these children choose one book from a short preselection? As for me, being a reader is not only about being able to read something from the beginning to the end (especially something that is pleasing to adults), but also about being able both to choose a book (and to enjoy the freedom in doing so) and to feel emotions while reading it. 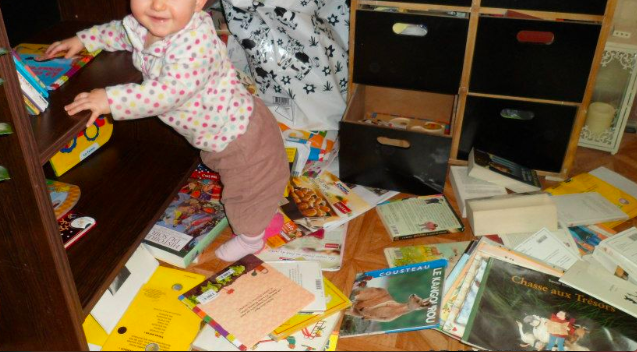 A child enjoying books: an allegory of the reader’s freedom? (personal picture).

Do as I say and not as I do: the adults’ hypocrisy in children’s reading

Nonetheless, adults often do not follow their own advice; they gladly choose the book they want to read without questioning its content, but as soon as it is for their children, they start to wonder if there is anything in this book that turns the reading useful. French literature has already dealt with this debate: in his book Comme un roman, published in 1992, Daniel Pennac (a famous French writer and former teacher) begs teachers and adults not to use books to torture children with their pedagogy, and mostly not to force them to read anything in order to analyze it. To underline his statement, he establishes 10 Inalienable Rights for the Reader:

Daniel Pennac also adds one warning: “Don't make fun of people who don't read – or they never will”. I would add to this bill “The right to be treated as any reader”, especially for children. Adults do not always read useful and edifying books. They do not even always read good books. So why should children? Therefore, if this post should end with only one piece of advice before summer, it would be to let children read books which are as silly as the most silly book anyone’s ever read, as long as they chose to do so. They will at least experience a reader’s freedom.