Invisible Border and Accent Control: Is Your Tongue Fit for a Pass?

In everyday life, we see that accents or phonetic variations in pronunciation, often give more information than we wanted or intended regarding our gender, class, and ethnicity, and still function to shape our social relevance.

Nothing wrong with that, especially when s/he lives close to that beautifully windy seaside resort. Yet, if it were during the Second World War, you might not want to risk your friendship (and maybe your friend’s life) by asking such a ‘trivial’ question.

Trivial as it seems to be, the consequence was once fatal. During the wartime, ‘Scheveningen’ was used by Dutch soldiers as a shibboleth to identify German soldiers in their midst.[1] Due to the phonetic difference in the pronunciation of sch, the word ‘Scheveningen’ became an invisible but audible border that separated German from Dutch soldiers. History is depressing, but the good news is: now you have a good reason to persuade your German (girl/boy)friend to learn Dutch.

Actually, as a faithful protestant, you may know that the shibboleth itself is as old as the Bible. It is recorded in Judges that around the eleventh century B.C., after the inhabitants of Gilead defeated the tribe of Ephraim, the surviving Ephraimites sought to flee to Palestine through Jordan, where the Gileadites guarded the fords. The fugitives were forced to say ‘shibboleth.’ Pronouncing sh in a different manner, those who pretended to be Gileadites were betrayed by their tongues; forty-two thousand Ephraimites were slaughtered.[2]

As words “used as test(s) for detecting foreigners, or persons from another district, by their pronunciation,”[3] ‘shibboleth’ and ‘Scheveningen’ provide extreme cases (during overt armed conflicts) of accents as the gatekeeper that determines the survivability of a person. In everyday life, we see that accents or phonetic variations in pronunciation, often give more information than we wanted or intended regarding our gender, class, and ethnicity, and still function to shape our social relevance. In an essay called “Mother Tongue,” Amy Tan talks about how ‘broken’ or ‘fractured’ English renders her mother, a first-generation Chinese immigrant, invisible to American society and vulnerable to mistreatment and injury. 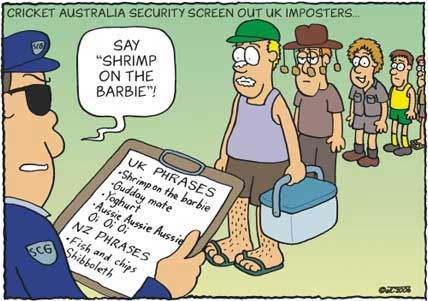 I was ashamed of her English. I believed that her English reflected the quality of what she had to say. That is, because she expressed them imperfectly her thoughts were imperfect. And I had plenty of empirical evidence to support me: the fact that people in department stores, at banks, and at restaurants did not take her seriously, did not give her good service, pretended not to understand her, or even acted as if they did not hear her.[4]

Tan conceives that it is her mother’s ‘broken’ English that scatters her perception of the world and reflects the limitation of her thoughts. Tan notices as well that ‘broken’ English breaks down the entirety of her mother’s body in public, making it either unrecognizable or recognized as an inferior being. We notice that in the shibboleth test, the violence is already initiated and prefigured in the request to say ‘shibboleth,’ whereas in the scenario depicted by Tan, the moment of speaking resembles a public display of ‘coming-out’ as an ethnic other, which seems to trigger and thus ‘justify’ the social hostility. Mispronunciations, fragmentary phrases, and weird accents, therefore, become the vehicle through which the social structure is installed, a structure that constitutes her in a subordinated position and makes her social reality fragmented and abhorred.

To end this article, let’s pose a question that is ever-present in the Humanities, but is rarely expressed explicitly. That is, what moral lessons can be drawn from the stories? (A little confession here: Søren Kierkegaard says, “Take away paradox from the thinker and you have a professor.” Therefore, with the ambition of being a scholar faithful to the public image, I decide to embrace didacticism openly— at least in my blogpost.)

2. If your tongue is not versatile enough to pass as a native, it is safer to stay in your own country, especially during the wartime.

3. Check how well your German (girl/boy)friend knows history. Maybe you stand a chance of frightening him/her way from Scheveningen and into your arms.