Masonic Initiation at the Academy: Presenting and Publishing for the LUCAS Graduate Confence

As an external PhD with a job in secondary education it is not easy to find the time to attend conferences outside the summer holidays. When the opportunity of the biannual LUCAS Graduate Conference came up, I gladly took it. It meant that I only had to travel for five minutes and could squeeze the conference into my week of teaching. Apart from these practical considerations, the conference theme ‘Landscape’ was so wide and accessible that I saw an opportunity for a paper on one particular aspect of my PhD research, the allegorical landscape of the literary underworld. Having by now prepared the basis of my PhD thesis, it seemed a good opportunity to start presenting and writing papers.

For my thesis I analyse a particular use of the afterlife in 20th century English literature, the metaliterary katabasis or descent into the underworld by a poet-protagonist. For example, in the Caribbean epic Omeros by Nobel prize laureate Derek Walcott I wrote about in an earlier blog post, the writer’s alter ego Derek revisits his native island St Lucia in the Caribbean to retrace his steps as a poet. The island becomes an underworld landscape exploiting Homer’s, Virgil’s and Dante’s geographies of the afterlife. 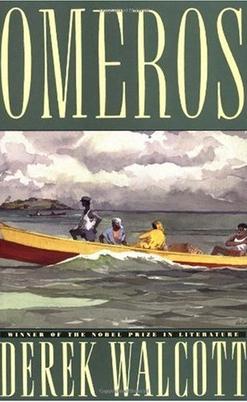 Although as a classicist I was aware of some reception of classical underworlds in modern and contemporary literature before, I discovered Omeros and the metaliterary descent when I took up English literature at a later stage in life and analysed Omeros for my MA-thesis. For the conference paper, I decided to discuss the elaborate underworld landscape of the novel Linden Hills, by the Black American novelist Gloria Naylor. Although an acclaimed author in the U.S., Naylor is largely unknown in Europe. The conference seemed a good opportunity to introduce her to a wider audience as well as to dig deeper into her underworld landscape. 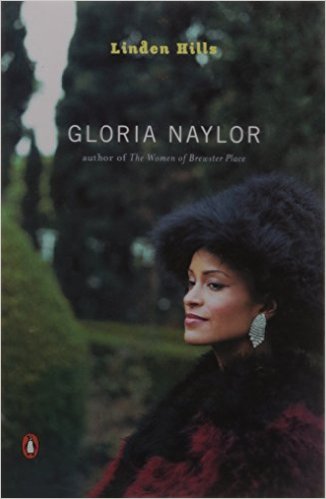 It is common knowledge among Naylor scholars that the landscape of Linden Hills is, like much of its plot, based on Dante’s landscape of hell in Inferno, the first part of the Divine Comedy. 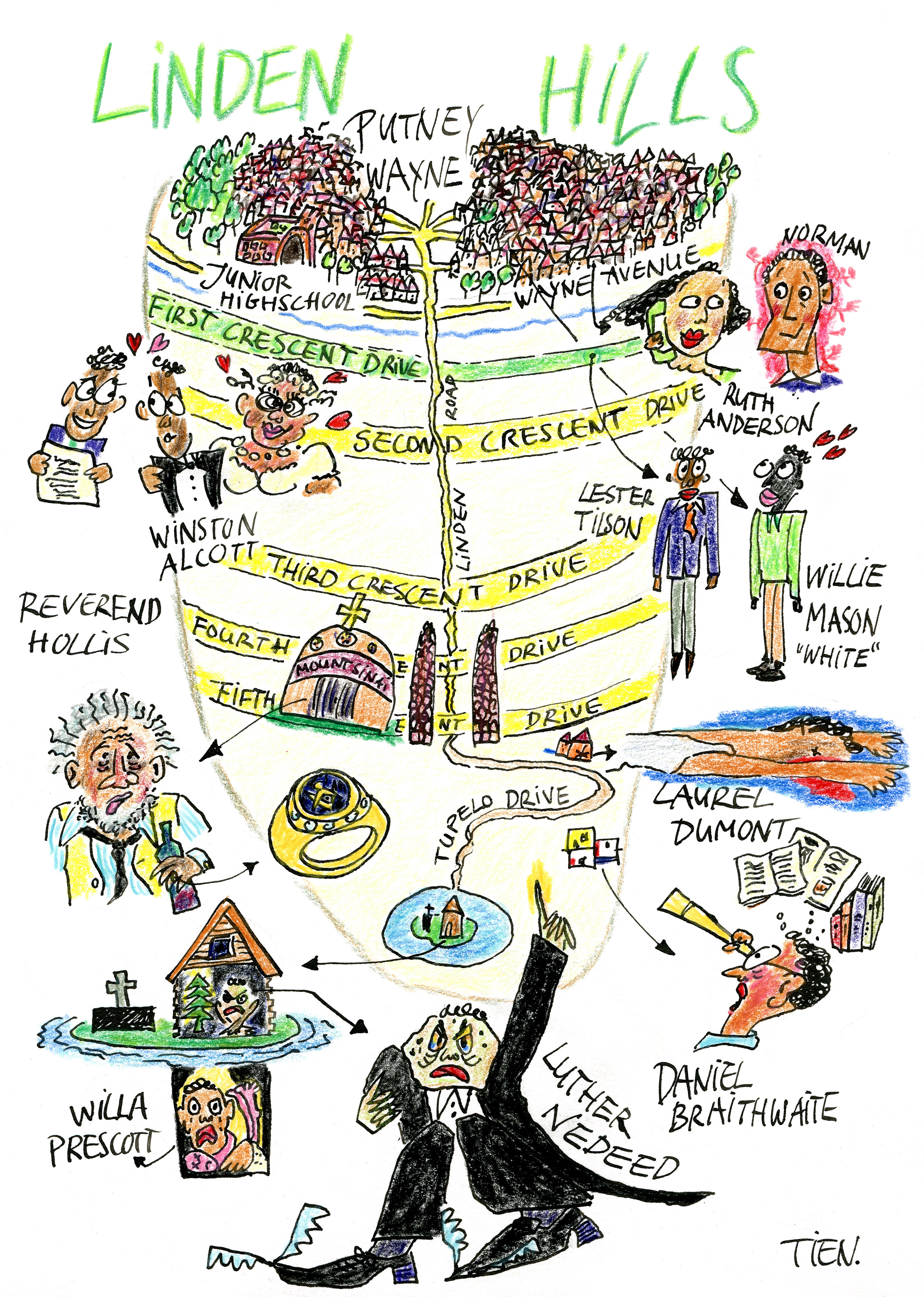 However, while analyzing the novel for my thesis, I had found a number of details in the landscape and architecture of the novel that markedly did not correspond to Inferno at all. When browsing on the internet, I found a clue of these details on a masonic website. Realizing that the protagonist’s surname is Mason, I started to dig deeper and finally managed to come up with a new interpretation of the novel based on its extended symbolism of masonic stages of initiation. 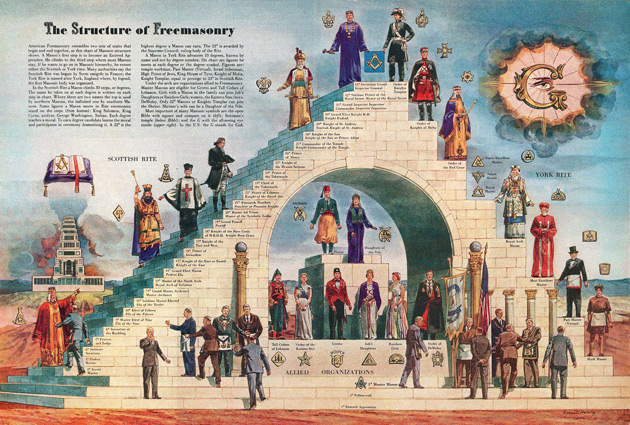 Subsequently, I decided on Naylor’s masonic additions to the traditional underworld landscape as the focus of my paper at the LUCAS Graduate Conference. Since I also use specific theory on allegory for my interpretation of the allegorical underworld in my thesis, I included some of that theoretical background in my presentation as well. Furthermore, I would explain briefly what the masonic changes and the theory on allegory amounted to, which is a certain reflection on Black society.

Since the conference was open to PhDs from a wide range of academic fields, I realized this range of topics would require a lot of explaining within the twenty- minute time limit of the conference. As a result, the paper turned out to be fairly dense. Although the organizing committee had put my paper in a panel with other talks on literary subjects, I discovered during the question session after my presentation that most of the audience consisted of landscape architects. I wondered how much they had been able to take in.

After the conference, I started on the 7000-word article. Again, I tried to combine description of storyline and landscapes with theory of allegory and information on freemasonry, and the social purpose of Naylor’s adaptation of Dante’s underworld landscape. I wrote and rewrote, struggling with the wide range of information and with the Chicago Manuel of Style which was somewhat at odds with my MLA routine. After the article had taken shape, I sent a draft to my supervisors, rewrote it again incorporating their criticisms, and finally sent it off to the editorial board just before the summer holidays.

Since the LUCAS Graduate Journal is peer reviewed, I received two reviews after the summer break. These suggested limiting the scope of the article and making it more accessible for people outside my own field of research. Therefore, I decided to rewrite some parts of the text, making it easier to follow for landscape architects, and saving any comments on the novel’s social context for my PhD thesis. I also decided to leave out the theoretical background on allegory, since working that into the main body of the text and the conclusion would cost too many words.

As a result, the article gained in focus and clarity: my discovery of Naylor’s masonic additions to the traditional underworld landscape now stood out more clearly. The reader could not be distracted anymore by a variety of information that required a whole chapter of its own. It seemed that the strain of adapting my text to the needs of a wider audience had actually helped me improve the article. Concluding I feel that the process of presenting and writing this conference paper has helped me reach the next academic stage of initiation. 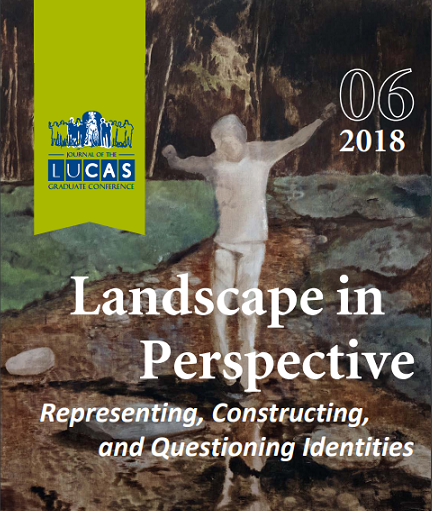 Do you want to read Amaranth's article and the other five articles on landscape published in issue 6 of the Journal of the LUCAS Graduate Conference? Click here for access!