Physical sensations were and important part of medieval religious experience. Can we compare this tot he sensations of ASMR?

In my research of medieval spirituality, I am fascinated by the connection between sensory and religious experience. While many people might thing of medieval religion as promoting fasting, chastity and practices like flagellation, sensations that pleased the senses also played a role in the spiritual process. Visionary experiences often took place in a liturgical setting, under influence of the words spoken by the priest, music, frankincense, reflecting lights and the reception of the host. In the thirteenth century, the mystic Hadewijch began one of her visions as follows:

It was at Matins on the feast In nativitate beatae Mariae, and after the third lesson I was shown in a vision something miraculous. Before that my heart had already started to beat faster because of the words of love that were read from the Canticle, which made me think of a perfect kiss. Shortly afterwards, during the second nocturne, I saw, in the spirit, a queen coming towards me, clad in a gold dress; and her dress was all full of eyes; and all the eyes were completely transparent, like fiery flames, and nevertheless like crystal.

Hadewijch describes how the liturgical words lead to physical sensations and an inner vision, which are both part of her religious experience.

Hadewijch’s vision came to my mind when I learned about the phenomenon ASMR a few years ago. ASMR stands for ‘Autonomous Sensory Meridian Response’ and refers to the experience of pleasant and relaxing sensations such as tingling in the scalp, neck and sometimes other parts of the body. These sensations can be aroused by sensory stimuli, most often of auditory and/or visual nature. For people who are sensitive to ASMR there is a wide range of videos available on platforms such as Youtube. The creators of these videos aim to arouse tingling sensations in their viewers by whispering, making all sorts of sounds like tapping, brushing and clicking, and even playing out elaborate roleplays with a focus on personal attention.

While the phenomenon of ASMR reminded me of the way medieval visionaries describe their experience, I did not give the matter a lot of thought. Until recently, that is, when I read the novel Wormen en engelen (Worms and Angels) by Dutch author Maarten van der Graaff, which thematises the place of religion in a secularised world. Throughout the book the main character looks back on his reformed upbringing, and he is a staunch viewer of ASMR videos. He combines the two experiences when recalling his memories of attending church as a child:

Some ministers had such pleasant voices that I barely heard what they were talking about. Don’t stop, I kept thinking. Please don’t stop talking. Blissful tingles jumped from my head to my neck and back again, like bugs. The way the man on the bench in front of us sighed when changing his sitting posture, the sucking and chewing on sweets, liquorice and mints, the muted unreal sounds from outside, the singing of my mother, deep and moving; everything around me seemed fuller, spacious […]. 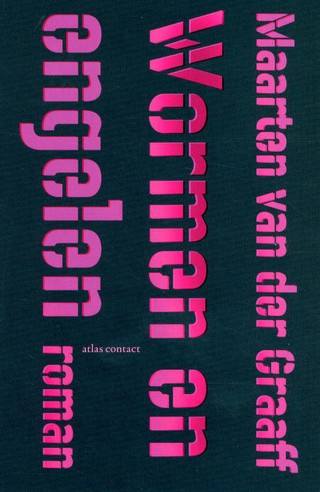 Intrigued by Van der Graaff’s description of the church visit as an ASMR-experience, I decided to search the internet for similar accounts. There are numerous fora and blogs where people share and discuss their experiences with ASMR. And I indeed, I found some of them comparing ASMR to attending a church service, as in this blog post:

I started to think back at how and when I would get these feelings during prayer or service time and realise that most if not all of them would still be triggering to me even with my newfound absence of faith. They would be in the quiet times of soft spoken prayer, or the personal addressing from the speaker to the congregation or the light touch with or without oil, or atmospheric songs of worship… all things which as I say I believe stimulate the ASMR response.

Reading these and similar accounts, it seems that ASMR can, for some people, be a part of religious experience. Can we apply this insight to medieval mystics and visionaries? Do they speak of tingling sensations? The closest parallel I could find is from another of Hadewijch’s vision:

One Pentecost at dawn I had a vision. Matins were being sung in the church and I was there. And my heart and my veins and all my limbs trembled and shuddered with desire. 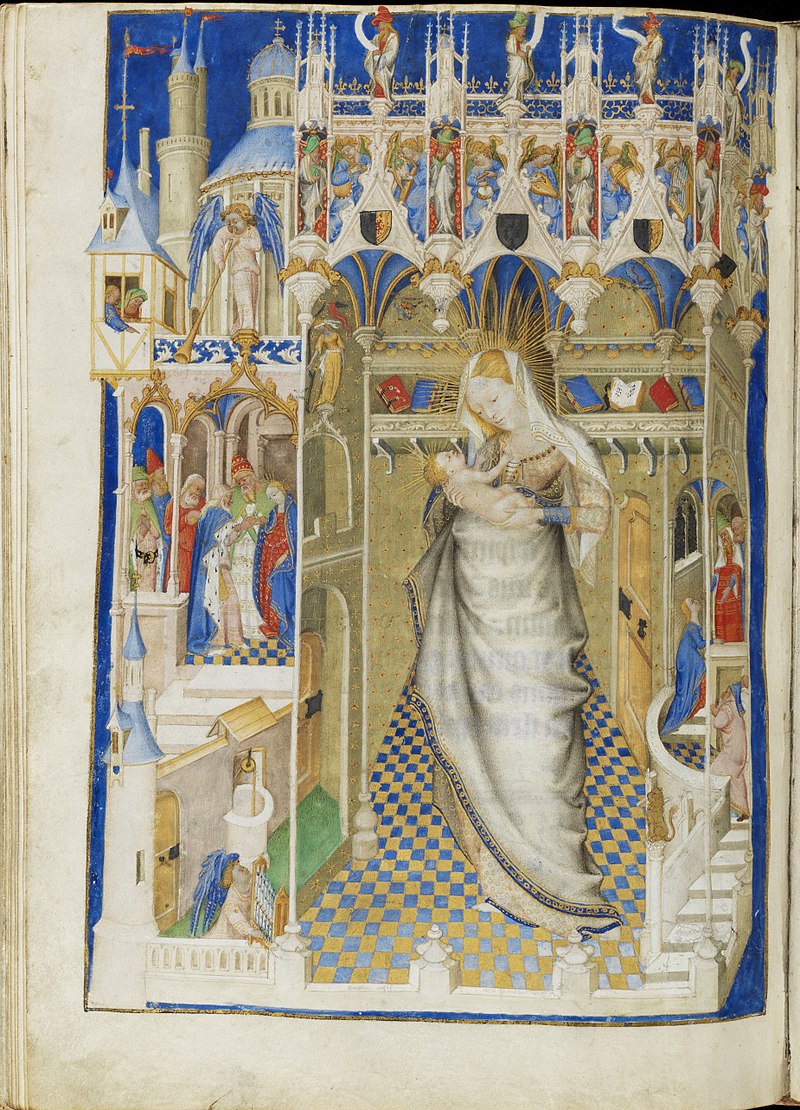 Madonna and Child in a Church, The Hours of Isabella Stuart, c. 1431, Fitzilliam Museum (source).

Hadewijch’s sensation diverges quite a bit from ASMR as it is normally described. Moreover, we can wonder what the explanatory value of such as comparison would be: ASMR would account only for her bodily sensations and not for her inner visions.

Have we learned anything about medieval religious experience from this short exploration of ASMR? For me, it draws attention to the fact that the sensory aspects of liturgy could have a significant impact on the way worshippers experienced religion. Therefore, projects in which these sensory elements are researched and reconstructed are vital in understanding medieval religiosity. An example of such a project is The Experience of Worship in late medieval Cathedral and Parish Church at Bangor University (2009-2013), in which various medieval liturgies were re-enacted, and the participants were asked to write down their responses. The resulting videos and written records are available as research material.

Enactment of the Lady Mass during Eastertide in Salisbury Cathedral, part of the research project The Experience of Worship in late medieval Cathedral and Parish Church.

Another example are medieval ‘soundscapes’, which give us and idea of a lost auditory experience. Cécile de Morrée made a

, and recently Mariana Lopez created an interactive soundscape of the York Mystery Plays. These two projects show that creative, performative ways of doing and presenting research can lead to new insights in medieval sensory experience.