Milk Matters: Some Reflections on the Use of Human Milk in Hippocratic Recipes

In this blog, Glyn Muitjens examines the application of human milk in medical recipes of the Hippocratic Corpus, to demonstrate that its use can teach us something about Greek culture. In fact, human milk played a central role in policing female bodies.

In the second season of the culinary web series ‘The Katering Show’, cohosts Kate McCartney and Kate McLennan dedicate an episode, aptly titled Yummy Mummies, to their newly attained motherhood. Not wanting to go out shopping, they decide to cook what they already have in the freezer: McLennan’s placenta. A dish like placenta lasagne, or plasagne, needs to be washed away with a fitting dessert, and breastmilk ice cream seems a solid choice. Actually consuming the lasagne turns out to be that step too far, but McLennan can be seen eating the ice cream at the end of the episode. While this perhaps seems somewhat ‘out there’, a quick search on Google yields quite a lot of recipes that call for breast milk.

The Katering Show is, of course, a parody, and there is in fact a lot of scientific and non-scientific discussion about the pros and cons of consuming human milk, both in culinary and in medicinal contexts. Modern research does point out that human milk has potent antibiotic qualities, but what interests me about the example of the Katering Show, rather than the milk’s efficacy, is the specific way in which it is consumed. For, as classicist and medical historian Heinrich von Staden has pointed out, “…the uses of ‘natural’ matter in social, religious, and scientific practice frequently illustrate how a given kind of matter is valorized by an individual, by a subculture, or by a society.”[1] I wonder, for example, whether it would be socially acceptable for a man to eat the ice cream. In this post, I want to take this discussion back several millennia, and examine the applications of breast milk in ancient medical recipes found in the so-called Hippocratic Corpus –, keeping in mind von Staden’s contention that this usage can tell us something about the sociocultural value of human milk in ancient Greece. 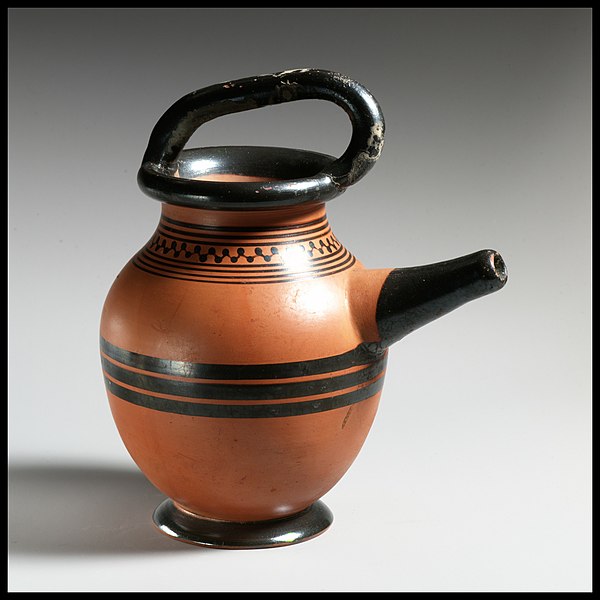 The Hippocratic Corpus consists of some sixty treatises concerned with many facets of medical theory and practice. All of these treatises were collected, likely in third century BCE Alexandria, under the name of Hippocrates of Cos, the ‘father of medicine.’ It is now commonly accepted that none of the treatises in the Corpus are actually by Hippocrates – or at least that it is impossible to determine which are. In fact, the treatises seem to have been written by many different authors. It is thus not at all clear what makes this group of texts ‘Hippocratic’, let alone a ‘corpus.’ Most of these texts can be dated to the 5th and 4th centuries BCE.

It is in the medical recipes spread throughout these texts that we find the applications of human milk. As the ancient recipes often refer to ‘woman’s milk’ (gála gynaikós) without further qualification, I prefer the term human milk over mother’s milk. Furthermore, in practice, wet nurses were often a necessary source for human milk – some mothers would, for example, simply have been unable to produce milk, as in the case of the naturally ‘milk-less’ (agálaktoi) women mentioned in Diseases of Women 1.73. The Hippocratics were thus well aware of the problems that could arise in nursing, and at least implicitly acknowledged the need for wet nurses. 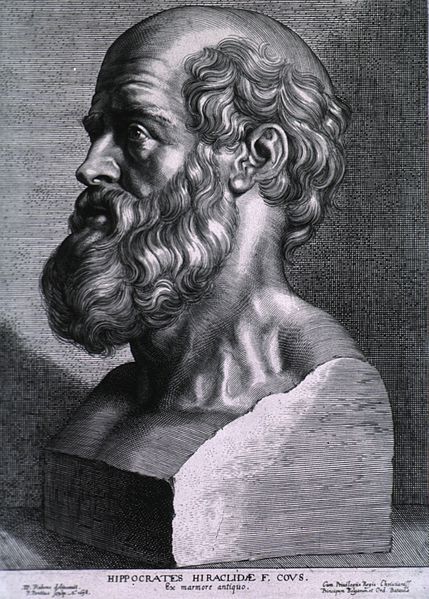 Broadly speaking, there are two groups of recipes that call for human milk in the Hippocratic Corpus. The first consists of pregnancy tests, the second group covers therapeutics. The Hippocratic treatise Barrenness contains two tests to determine the sex of the baby during pregnancy:[2]

Another [test to determine the sex of the baby]: Take some milk (sc. from
the woman) and mix meal into it, make this into a small loaf, and bake it
on a gentle fire. If this is burned solid, the woman is carrying a male, but
if it opens up, a female. (Barrenness 4.2)

This test is followed directly by another one:

Another: roll up the same (i.e., milk and meal) in leaves and bake it: if this
congeals, the woman is carrying a male, if it melts, a female
(Barrenness 4.3).

As Laurence Totelin has noted, the particular ways in which the loaves behave when heated correspond to the ideal gendered bodily textures in the Hippocratic Corpus. Like the dry and compact male body, the loaf which will predict a male child congeals and dries (burns), but the ‘female’ loaf liquefies and opens up. This recalls the wet and spongy nature of the female body in Hippocratic gynecology. To push this a bit further, I want to point out that this sponginess was thought to be the very cause of pathologies in the female body. Because of their spongy flesh, women retain too much blood and should therefore menstruate to evacuate the excess, which would otherwise suffocate the body and cause diseases – menstrual blockage is thus a serious problem. In this construction of the female body, pregnancy is healthy: the fetus would weigh down the womb, and any excess blood is diverted to the breasts as milk. The application of milk in these pregnancy tests is thus anything but culturally ‘innocent.’ This is especially poignant for the female child, whose later body by its very nature is prone to disease, and thus to constant monitoring by male doctors. Women were expected to become pregnant, and so pregnancy was constructed to be a healthy state for their pathological bodies, inter alia because of lactation. These pregnancy tests thus come full circle: the milk applied in them carries not only patriarchal monitoring of the mother, but also of her daughter, even before she is born. 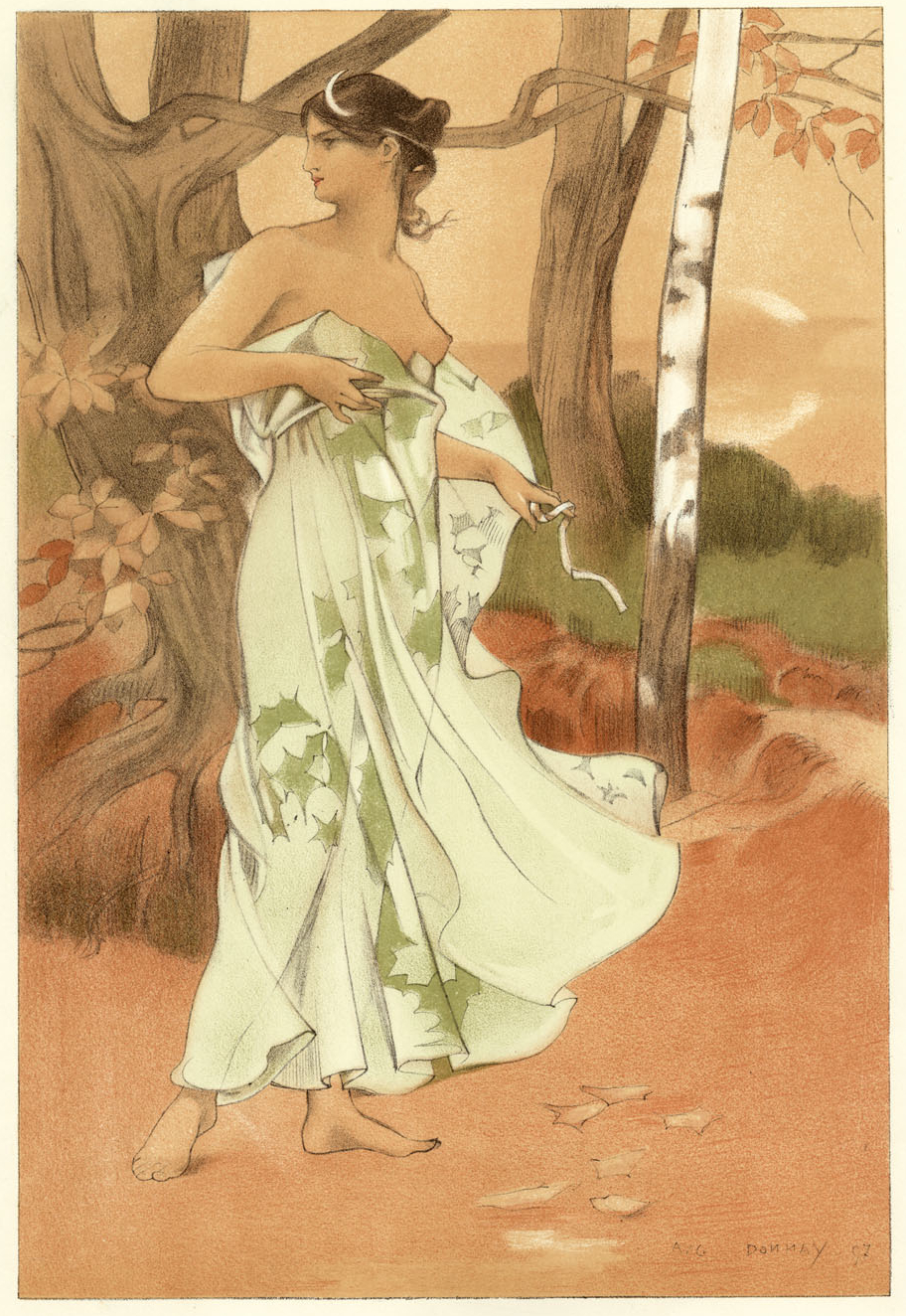 Barrenness 2.1 contains a third test: giving the milk of a nursing woman and butter made from this milk to drink to a woman who is fasting. If she burps, she is pregnant. Interestingly, this is the only case in which human milk is meant to be ingested, and, like McLennan’s ice cream, it is ingested by a woman. Therapeutic recipes with human milk in the Corpus are rather applied directly to the body, and hardly ever to men, of which I have found only two instances (of twenty-three instances in which human milk is used): in Diseases 3.2 it is recommended to wash the ears with warm woman’s milk after pus has been cleared from the head; in Diseases of Women 1.105.2 it is used in an eye salve. Most often, however, human milk appears in recipes to treat the womb, as in the following example:

A cleaning agent: marrow of goose, cow, or deer to the amount of a bean, add
rose unguent and woman’s milk, knead it like a medication, and then anoint
the mouth of the uterus with this (Diseases of Women 74.6).[3]

Why is human milk used so often to treat women’s ailments, those of the womb specifically, but not men’s? I would suggest part of the answer lies in the polluting nature of women’s bodies and their fluids in Greek culture. But perhaps it also has to do with the somehow infantilizing nature of human milk, reminding the patient of his infancy in which he did not yet possess the self-control and moderation which were supposed to characterize at least the Athenian male citizen.

Natural matter is rarely ‘innocent’ when applied within cultural frameworks; Hippocratic constructions of female bodies were tailored to male control, and the application of human milk was no different.

© Glyn Muitjens and Leiden Arts in Society Blog, 2019. Unauthorised use and/or duplication of this material without express and written permission from this site’s author and/or owner is strictly prohibited. Excerpts and links may be used, provided that full and clear credit is given to the author and Leiden Arts in Society Blog with appropriate and specific direction to the original content