When it comes to repatriating cultural objects, even an ancient sea monster has trouble swimming upstream

Around the year 1770, the chalk quarries near the city of Maastricht in what is today the southern Netherlands yielded a spectacular find. On normal days, the long, winding tunnels of the Sint-Pietersberg were the domain of workmen who were digging for the soft yellow stone that made up the mountain, and were only disturbed by adventurous local children, smugglers, and (legend has it) the ghosts of several medieval monks who had once lost their way in the darkness and never emerged. That day, however, things were different. When the men looked at the block of stone they had just broken from the wall, the block suddenly looked back. The unknown workmen had encountered the almost complete skull of an as of yet unknown gigantic animal. 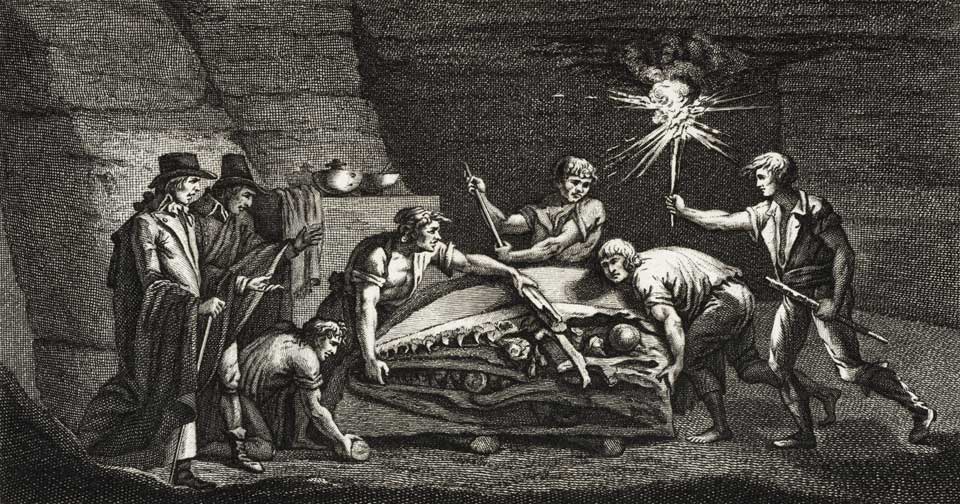 Soon after the discovery of the skull, attempts to determine to which animal it belonged started – and with it confused stories about the skull’s ownership. While the skull was soon brought to the home of the local churchman T.J. Godding on whose land it was found, contemporary academic correspondence on the matter, including the Philosophical transactions of the Royal Society of London, also made mention of army doctor and collector J.L. Hoffmann, who had taken an interest in the fossil, and originally assumed it to be a gigantic crocodile. Later researchers made comparisons with skulls of modern crocodiles and refuted Hoffmann’s claim on that basis: it was soon argued that the animal had been a toothed whale of some kind. 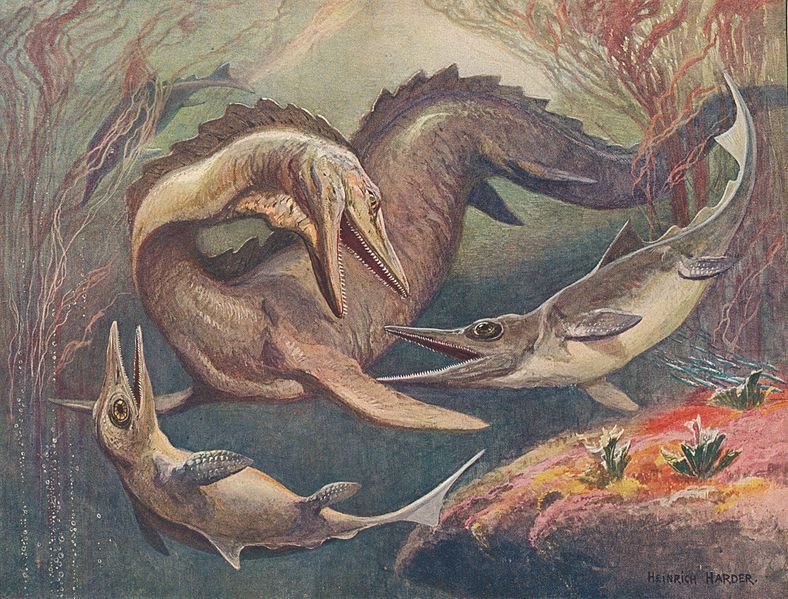 Image 2 – A reconstruction of a mosasaurus (middle) with two ichyosauruses by Heinrich Harder (1912); (source)

By now, the animal from the quarry had gained international notoriety as ‘le grand animal de Maestricht’, and when Napoleon’s troops invaded the city in 1794, finding the famous creature became one of the first orders of business. The story goes that French geologist Barthélemy Faujas de Saint-Fond and his superior Augustin-Lucie de Frécine issued a reward of 600 bottles of wine (or a large barrel, according to other versions of the tale) for whoever brought the skull to them in one piece.[1] As historian Peggy Rompen has demonstrated, however, this story is likely false, as is the account that claims that Godding robbed Hoffmann of his rightful ownership of the fossil by manipulating the courts.[2] This version of events was likely fabricated by the French authorities to justify their seizure of the fossil, and no record of a dispute about the skull’s ownership between Godding and Hoffmann exists.

Whether wine was involved in the transaction or not, the animal by now formally known as the mosasaurus left Maastricht for Paris, where it is still kept in the Muséum national d’Histoire naturelle. Over the years, various attempts were made by descendants of T.J. Godding and representatives of the Dutch government to get the fossil back, and the issue even made it into the international press in 1996. However, no settlement was ever reached, and although other skulls have since been discovered, the Maastricht museum of natural history has had to settle for nothing more than a cast of its hometown’s most iconic inhabitant and cultural icon.[3]

A trophy for France

This story is certainly a good one for parties or a new Netflix original. However, the possible involvement of 600 bottles of wine somewhat distorts the serious nature of the cultural and ethical debate on repatriation within this story. You may have heard about the controversial Gurlitt collection, a story that has been covered in the media extensively. The collection of Hildebrand Gurlitt (1895-1956), a former art dealer in service of the Nazis, was discovered back in 2013, and was suspected to contain a large number of looted artworks. After years of research, six artworks from a total of 1.843 have been proved to be looted art and have been returned to (relatives of) their rightful Jewish owners. Since last November, part of the collection is on display in the Bundeskunsthalle in Bonn, Germany and the Kunstmuseum Bern, Switzerland.

But what does this story have to do with our mosasaurus? The French and Nazi Germany have both been responsible for the massive organized looting of art and cultural objects. To demonstrate the glory of France, Napoleon’s armies, accompanied by art historians, visited occupied territories and between 1794-1812 confiscated art objects on a massive scale by using treaty agreements. Most objects, including the mosasaurus, were immediately deemed national property. Napoleon justified his deeds by stating that he was creating a universal museum not only for the French, but for an international public that would be able to admire all treasures of the world in Paris. Following Napoleon’s defeat at Waterloo, all claims for repatriation were settled at the Congress of Vienna in 1815. Some of the artworks were repatriated, others were untraceable, and others again, such as the Mosasaurus hoffmanni, were assigned to France. 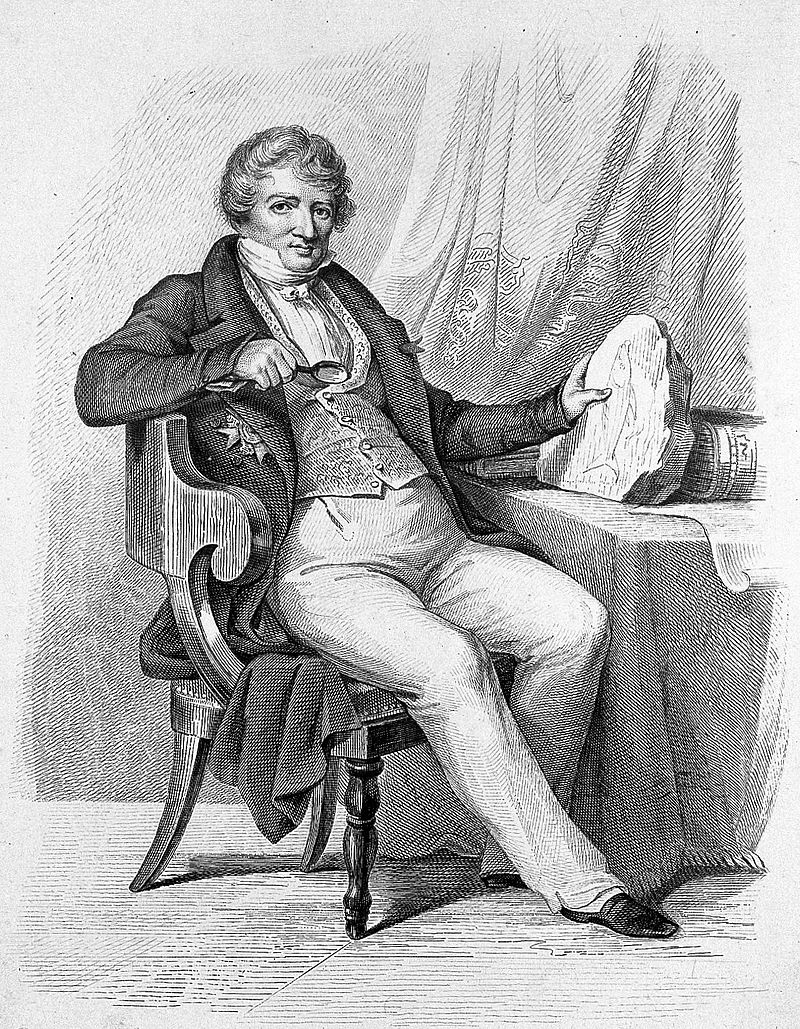 Image 4 – Portrait of George Cuvier with a fish fossil (source)

The repatriation of objects came under discussion in museums in the second half of the twentieth century, and as of the 1990s the debate has become rather heated. Repatriation issues apply to art confiscated during war time, but also to the massive shipments of art and ethnographic objects from colonies, and antiquities taken from excavations, with or without legal agreements. The global debate stimulated further research in the provenance of museum collections and the start of many repatriation cases, so too the Dutch government trying to get the mosasaurus on permanent loan. According to France, the mosasaurus is national heritage, but the skeleton was found on Dutch soil. In France, the skeleton came into the hands of the famous anatomist baron George Cuvier in 1808. It was Cuvier who discovered that ‘le grand animal de Maestricht’ was not a crocodile or a toothed wale, but an extinct giant lizard. The idea of extinct species was new at that time, and the mosasaurus started a revolution in thinking about the origin and development of species. According to Fokeline Dingemans (in Volkskrant), director of the Maastricht museum, the mosasaurus would not be as famous as it is now without Cuvier. 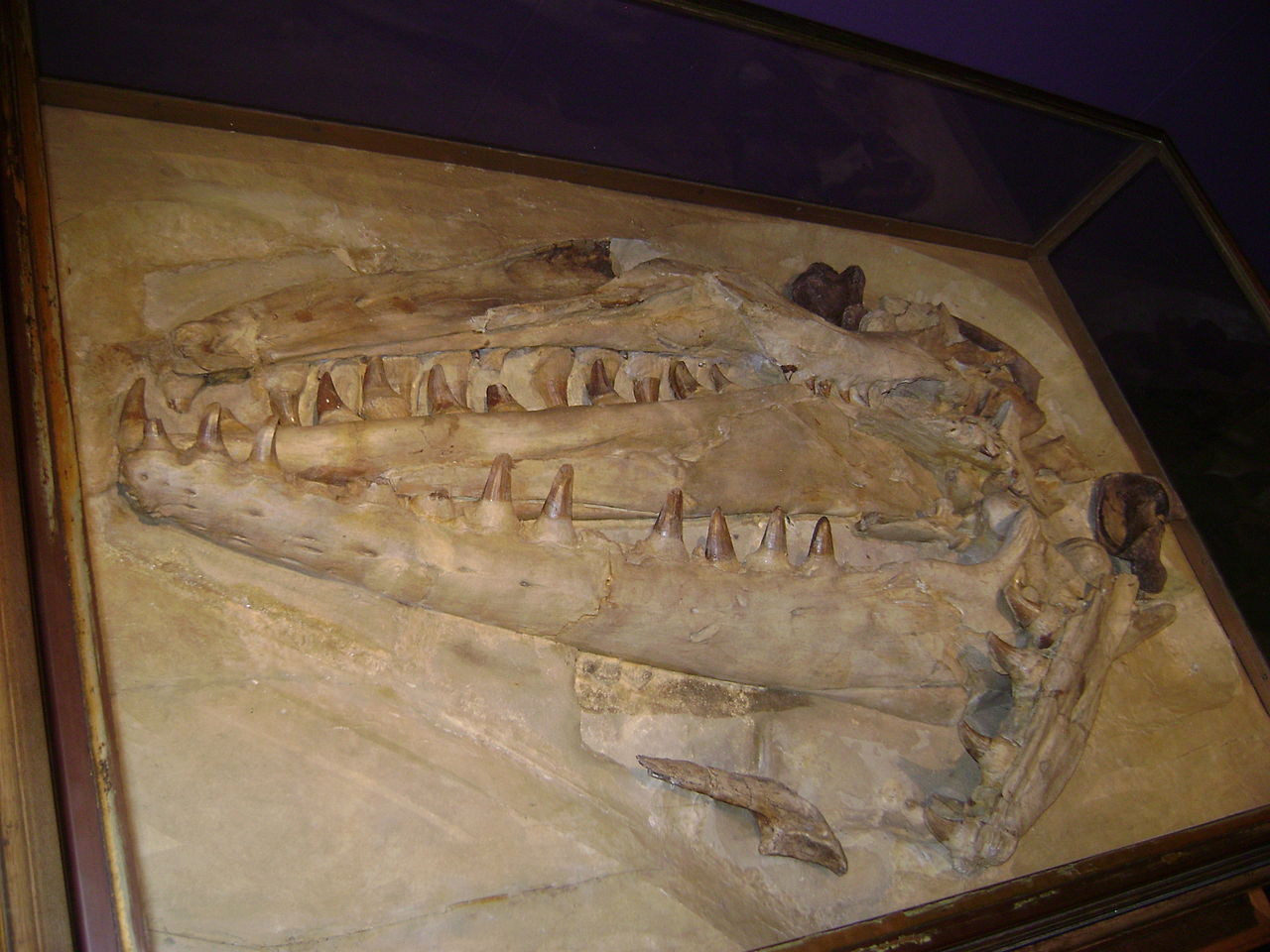 The mosasaurus case does not cover the entirety of the scope, complexity, and sensitivity of the repatriation debate. However, it raises questions about ownership, cultural value, and accessibility that are central to this debate. Is the country or community of origin decisive in the designation of heritage as national? If, as in the case of the Elgin Marbles, an object has been in a different country for over 100 years, has it become the new country’s heritage? The Muséum national d’Histoire naturelle draws a larger crowd than the Maastricht museum of natural history, and thus more people get to see the mosasaurus. Is that not in everyone’s interest? On the other hand, in Paris, the skeleton is not displayed in a prominent way whereas in Maastricht it would be the museum’s biggest pride. Cuvier gave the animal its status, but if it was not for the Dutch workmen, he could not have studied the mosasaurus at all.

So, who is the rightful owner? The French, the Dutch, or perhaps even the city of Maastricht specifically?

For whomever you choose, right now the mosasaurus is in France and is likely to stay there. Therefore, let us open a bottle of wine and bring a toast to our giant animal friend, Mosasaurus hoffmanni.

[1] Note by Renske Janssen: according to the story I was told as a child, the original plan was to issue a higher reward later, since the French officials did not expect anyone to respond. Apparently, no higher reward was needed. I have found no evidence for this, but the story is simply too good to skip.