Research on “Arts in Society” - general remarks and a case study

In her research, Professor Anthonya Visser contrasts political and literary discourses about the 'Wende'. In the context of our 'Arts in Society' theme, which is also the LUCAS theme, she confronts Wolfgang Schaüble's speeches with Volker Braun's Iphigenia

Researchers of the “Leiden University Center of the Arts in Society” (LUCAS) have chosen the name of their institute in 2012. There was and still is consensus about sharing as a point of departure in their research the relation between objects or practices (visual art, media, literature, etc.) and society. Societal links are sometimes explicitly marked as belonging to a specific domain, e.g. technology or religion. My own research is mainly related to the political realm of society. I am interested in the way German literature and cinema narrate episodes of Germany’s problematic twentieth century, as compared to other media. Let me illustrate this by an example from a current project. It focusses on East-Germany and its transition after the “Wende” of 1989/90. My interest is not only scholarly, as I have lived in East-Berlin for one year in 1987-88 to do research for my PhD.

Let me begin by giving some information on the Eastern part of Germany today. It is not well-known that almost thirty years after the fall of the Berlin Wall and the subsequent unification of Germany, East-Germans are still underrepresented in leading positions. In 2016, the East-German channel MDR launched a study called “Who controls the East?” (“Wer beherrscht den Osten”?), that made clear that the proportion of East-Germans in positions of leadership in Germany is only 1,7% (16,2 million people live in the Eastern part of Germany, 66,4 million in the Western part): Wer beherrscht den Osten? To give a few more examples, only two out of 23 managers of East-German newspapers are East-Germans, and professors in Social Sciences and Humanities in the East are predominantly West-Germans. Most film production houses, especially the big ones, are also West-German.

Interestingly, the underrepresentation of East-Germans in positions of leadership in all domains of public life had the effect that East-German literature preserves an almost pre-modern information value for Eastern Germany. Moreover, teaching German literature and culture at a Dutch university, to students for whom literature is not a self-evident object of study any more, made me think carefully about its relevance, not only for my classes but also for my research. Already in my last book, Körper und Intertextualität (Böhlau 2012) I confronted literature with non-literary texts and images, in order to show (not tell) the specific characteristics of literary narratives. 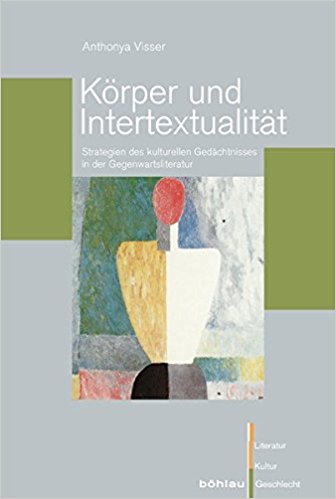 In my current research, this confrontation of literary and non-literary texts is even more the focus of my approach. An example may function as an illustration. In 1995, the artist Christo and his wife Jean-Claude wanted to wrap up the Reichstag in Berlin. They decided to do this before the start of the renovation that was necessary because parliament was about to take its seat there in 1999 (moving from the long provisional period in Bonn to Berlin). Due to unclear control issues, the request was discussed in parliament in February 1994 in order to come to a decision. A majority of 292 out of 525 parliament members voted in favour of the project Wrapped Reichstag. 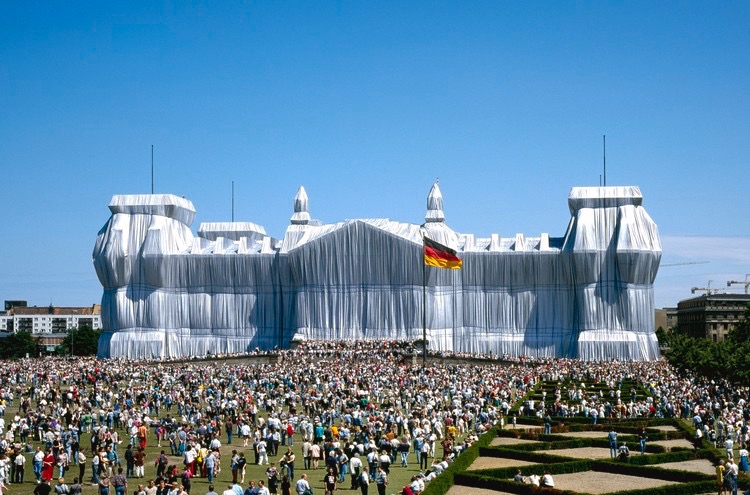 In my view it is rewarding to investigate political discourse of the early nineties as compared to literary discourse of that time on the combined thematization of national-socialism (including the Shoah) and the GDR. To this end I compare the narratives of identity in the Wrapped-Reichstag speech of the then leader of the Christian Democrats, West-German Wolfgang Schäuble, with the ‚scenic‘ text Iphigenie in Freiheit (1992; Engl. Iphigenia in Freedom) by the famous East-German author Volker Braun.

In both texts the discrepancy between a subjective, individual memory of, and stance towards, the recent past and a more broadly, collectively accepted view of this past is at stake. In general, literature has the possibility of connecting to cultural memory that dates back to a past that is long gone, for example through intertextual links with older texts. But at the same time it can also communicate its own individual offer of remembrance which differs from cultural memory. Braun’s text performs both, and subtly divides in two the newly formed collective of Germans from after 1990 in referring not only to “gesamtdeutsch” canonical texts (Goethe, among others), but also to GDR-typical language materials (e.g. socialist songs, literary texts, etc.). Probably, West-Germans do not recognize such fragments when they are not marked. 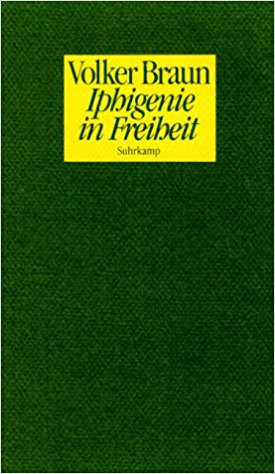 Throughout the text, there are also references to Braun’s own earlier texts, which are problematized as intellectual positions from a different context as far as time and political situation are concerned. Iphigenie shows how the narrator does not endure any particular collective, be it nazi, GDR or post-Wende, but is not identical to himself over the years either.

Braun’s highly polyphonic and fragmented text is in sharp contrast to the speech by Wolfgang Schäuble, which aims at unequivocality. Unlike Braun’s text, Schäuble embeds the connection of memories of National Socialism and the GDR in a context of linear democratic development. National Socialism and the division of Germany are presented here as past stations on the teleological path to reunification. Twenty-eight times in his speech the personal pronoun “we” occurs. Those “we”-s form a thread through the text and in different (historical) situations always refer to those who are on the politically and morally “good side”. Ultimately, “we” are the members of parliament who vote with Schäuble against Christo’s project.

As Braun shows in his text, group identity when perceived as self-evident, always becomes politically dangerous in the course of history. On the other hand, Schäuble’s speech presents identity unproblematically as belonging to the “right” group and as a decision that seems relatively uncomplicated to take.

In his publications political scientist Peter Reichel always stresses the force of cinema and literature when a society has to deal with a complicated past. This force becomes clear, I contend, in showing its narrative mechanisms as compared to other forms of discourse that cover similar topics. Germany is a true treasure trove (Fundgrube) in this respect.