The many meanings of reading (4). Approved texts.

The term 'to read' is used for a myriad of activities. In this series, I will explore the different uses of the word in the context of book history. In this fourth instalment: approved texts.

“I read a book one day and my whole life was changed”
― Orhan Pamuk, The New Life

When thinking of someone reading we usually interpret that action as good. A kid lying on the grass absorbed by a book, a woman reading intensively by the window of her room, or a man focused on his paperback on the train ride home. Any of these images could be in advertisements that portray a favourable action. This immediate connotation is a result of our present-day association of the book as a good object, where the activity performed with said object is by extension also positive.

Yet this first impression could quickly fade away. Once we zoom into the material being read things might become less peachy, as the comedian Scott Rogowsky's fake book covers show. Is the kid reading a book from the Harry Potter series? Perhaps the woman has in her hands The Second Sex or the man is reading Atlas Shrugged. Each of these books has been deemed as questionable by certain groups under the argument that they promote occultism, pornography, or egoism. 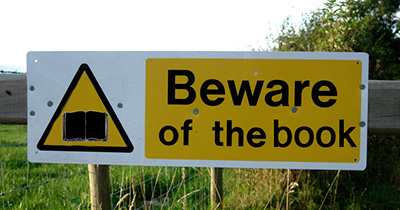 The idea of reading as an edifying activity is based on the notion of people spending time with nurturing texts, such as the catechism, as opposed to being idle which can lead us into temptations. In 1780 Robert Raikes, the owner of The Gloucester Journal, saw that poor kids were playing on the streets on Sunday when they were free from work. As a measure to counteract their idleness and the noise they were making, he rallied for the creation of Sunday schools. Needless to say, few kids acquired proper reading skills in a few hours of study per week, yet the intention was to teach them how to, which was seen as a better activity to the one they were doing (not working). 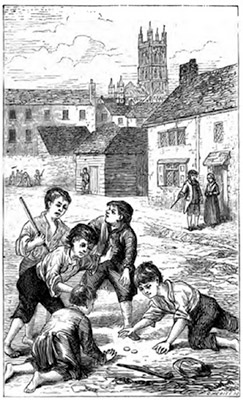 The origin of Sunday schools

Not all texts are good

Similar to the intention of Sunday schools, literacy movements for a broader public were rallied in different parts of the world. The thought behind was that by acquiring reading skills, the less fortunate classes could work on self-improvement by means of pious texts. Yet once a person is able to read, he/she can also have access to scandalous texts, for example about revolutions elsewhere or fundamental rights. Even worse, people could get ideas from reading about immoral liaisons or improper lifestyles. This feeling is well worded by the conservative writer Hannah More on the dangers of certain texts:

“Novels, which used chiefly to be dangerous in one respect, are now become mischievous in a thousand. They are continually shifting their ground, and enlarging their sphere, and are daily becoming vehicles of wider mischief. Sometimes they concentrate their force, and are at once employed to diffuse destructive politics, deplorable profligacy, and impudent infidelity.”

The key lied thus not only on people being able to read but on having the right texts, yet some books were expensive and often written in complicated language. As a response to the vulgar and licentious reading matter that was available through cheap prints, moralistic and entertaining texts for the masses were created. The idea was to counter the chapbooks with printed material in a similar format and price but with more edifying contents.

One of this projects, the Cheap Repository Tracts, was started by the above mentioned Hannah More which saw proper texts as “powerful instruments in correcting the irreligious taste and manners of the age”. 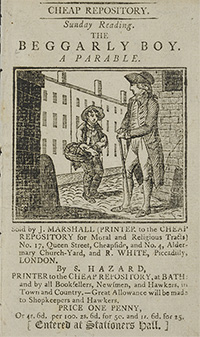 Despite some texts being “inherently” good, like the Bible, some people thought that the reader required further guidance. Remarkably, two Reform figures from the fifteenth century which were known for advocating Christian self-study had warned against uncontrolled reading. Although at first both Luther and Melanchton pleaded for a more direct contact with the Scripture, the proliferation of a wide variety of Biblical interpretations was a cause for concern.

Anxieties related to textual interpretations have not been exclusive for the Reformation. During several periods, members of society which are deemed as weaker than the ruling group have been thought to need guidance in reading. Generally, this has been the case for children, women, lower classes, and minorities. A well-known example are the digested readings for women which contained texts evaluated as proper for them such as abridged excerpts of the Bible, moralising stories, and useful tips for being a good lady. 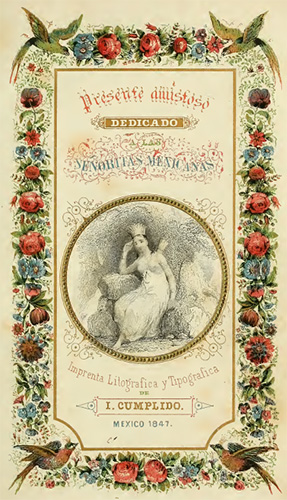 The intention of some people guiding the reading of others has not been limited to religion or good morals. Owing to the great variety and amount of texts written, books are evaluated based on a set of criteria. And so the notion of what constitutes good literature has often been laid across the lines that differentiate high and low culture, resulting again in 'good reading' and 'not good reading'. The critic Harold Bloom has said “reading well is one of the great pleasures that solitude can afford you.” A noteworthy sentence from the man that penned The Western Canon, a contentious book that proposes a list of authors who defined Western literature. It is highly likely that Bloom does not refer to reading any text, but to that of good literary texts.

The meaning of prescriptions

In the past, reading historians often overlooked texts that were not part of a literary cannon. For example, when talking about relevant texts for the eighteenth century, some might focus on groundbreaking texts of an epoch while ignoring the popular reading materials available to most. The latter ones were usually cheaply printed booklets containing excerpts of other well-known texts or serialised novels. Unfortunately, most of those booklets have gone lost due to the low quality of their paper, yet we can find about them through secondary sources.

Nowadays we might consider some texts as extremely relevant for an age, yet for most people at that time the common reading matter was other. Think of Walden by Henry David Thoreau. Although it is nowadays considered a “classic” only 2000 copies were sold from its first print run, and it took years before there was a reprint. This indicates that most likely few contemporaries of Thoreau had read him at all. It is therefore important for us historians to be aware of the differences between prescriptions based on cultural biases and the reading matter available at a period and place. In other words, we must also consider the “bad” texts when studying the history of reading. 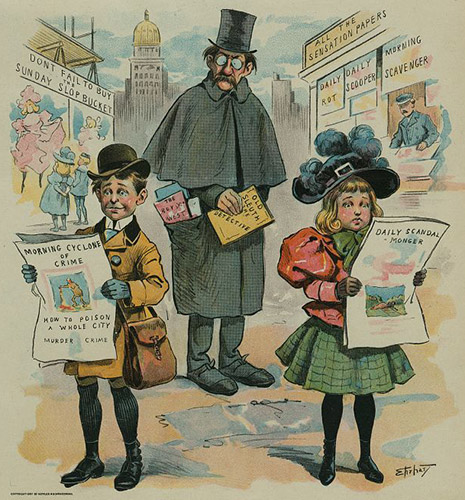 The String of Pearls is an an example of a cheap popular print from the nineteenth century.