The many meanings of reading (5). Distance.

The term 'to read' is used for a myriad of activities. In this series, I will explore the different uses of the word in the context of book history. In this fifth and last instalment: distance.

Every student of book history knows that Socrates said writing was a weak imitation of true knowledge and a threat to memory. Socrates himself never wrote this or any of his teachings; it is thanks to Plato that we know what he said. However, most of us have not read this directly in Plato's writings but on another book. 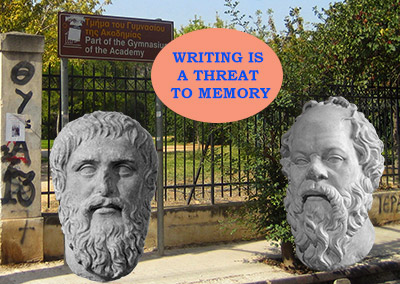 Plato and Socrates at the Academy of Athens

The “original” can be found in the Phaedrus as part of a dialogue spoken by Socrates and it is in fact not condensed in a few words but extended throughout several paragraphs, here an excerpt:

“Their trust in writing, produced by external characters which are no part of themselves, will discourage the use of their own memory within them. You have invented an elixir not of memory, but of reminding; and you offer your pupils the appearance of wisdom, not true wisdom, for they will read many things without instruction and will therefore seem to know many things, when they are for the most part ignorant and hard to get along with, since they are not wise, but only appear wise.” (sections 275a-b)

As we have seen throughout this series, there are many conditions required for reading. One of the most fundamental ones, next to being able to read, is to have reading material. Access can refer to whether one can acquire texts at all, linking this discussion to wider economical and social conditions. For example if books are very expensive while wages are low, or if there is a restrictive policy for circulating books. But what if the text is difficult to access beyond price and censorship?

Naturally, not all books are present in the same time and space where its readers are. Prior to the large scale reproduction which was made available through the movable printing press, texts would have been copied by hand extending the amount of persons reading the “same” text. With the introduction of commercial printing in Western Europe a book could in theory have a larger audience. 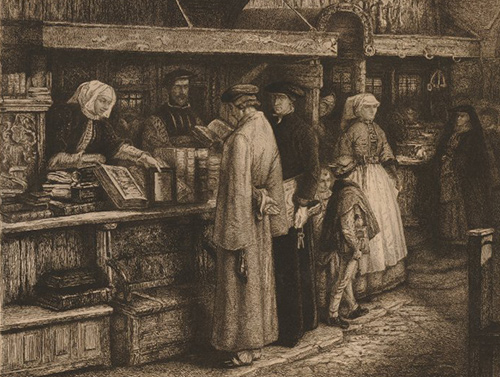 Albeit these transmission networks, some books have remained largely inaccessible. There might have been a single copy of a text in a library which could not be copied verbatim due to its length or because the owner wouldn't allow it. Or the book might have been destroyed. Besides the durable or ephemeral nature of the writing support, some texts have been lost due to natural or man-made disasters. Finally there is also the problem of language, a text written in Mixe is in fact unavailable to a reader who does not speak one of these languages.

Notwithstanding all these possible hindrances we know of the existence of many books now lost and sometimes even their content. This knowledge has come to us thanks to contemporary authors making summaries, commentaries, and concordances of books they have read.

The creation of such books about books has served different purposes yet they provide a view of the intellectual endeavours of different periods and places. Take for example the Kitāb Yatīmat ud-Dahr from the Iranian writer Al-Tha'alibi (961–1038) where contemporary and earlier poets were mentioned together with some extracts of their works, most of which are now lost.

In some occasions texts can be inaccessible because of their extension. The Bible is a prime example of such a complex text. Although it is made up of several books it is seen as a whole and can contain up to 76 books, depending on the creed. The books that make it have also changed in order and there have been different versions thorough the ages. In order to keep track of these forms as well as of scholarly comments, textual tools were developed such as the Glossa Ordinaria. These books would include parts of the original text with one or various commentaries in a similar way to hypertexts but included in the same page. 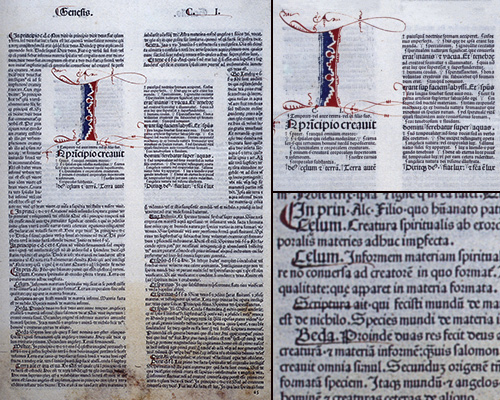 Glossa Ordinaria . The main text is at the centre while the different commentaries are arranged per subject.

Other texts have been developed to help the reader navigate through large amounts of sources on a specific subject, such as the Stanford Encyclopedia of Philosophy, an online reference work written collaboratively by experts. These type of works allows scholars to consult the major views and disagreements on certain topics, without having to read all the primary texts, and serves as a pointer to more specialised works.

Similarly, some texts provide the basic general knowledge an individual must have, be it for work or his/her cultural stand. An ancient example of such a work is Natural History by Pliny the Elder (AD 23 – 79). This encyclopedic work sought to describe broadly what was understood then as being the natural world (astronomy, zoology, ethnology, etc). Its thirty eight books were in fact based on the works of 100 authors, thus effectively “summarising” the most “relevant” parts of thousands of other books, much like our own modern encyclopedias. 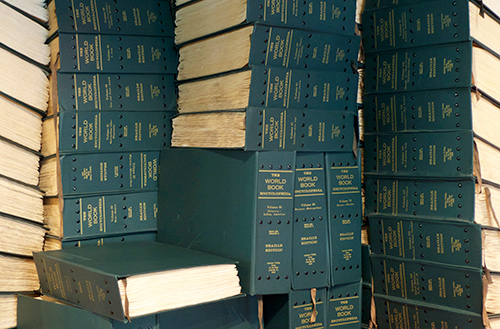 45 Volume of the 1959 World Book Encyclopedia printed in Braille

The examples mentioned above refer to texts which even though large, could in theory be read by a person in a lifetime (although it is unclear if Pliny the Elder did read the 2,000 volumes that served as a basis for his Natural History). There are however collections of texts which are so long that it is humanly impossible to read them all.

Text corpora usually comprise a structured selection of texts which can are employed in linguistics, for example to explore the meaning of words in a language. Because of its length it requires many human-hours to be processed and analysed. Since the advent of computers more than fifty years ago scholars have outsourced some of the “reading” part to machines.

Machine reading is an automatised process which depends on intensive work to prepare the texts making them readable for a programme. This involves dividing and encoding them in meaningful units, for example titles, dialogues, paragraphs, quotes, etc. Once the text has been digitised and properly annotated, and the algorithms have been encoded for a specific research question, can the machine “read”.

The results can be then further aggregated and displayed in tables, graphics, or visuals. In essence this process is not unlike a human analysing and aggregating texts, as many diagrams from medieval manuscripts attest (see image). The difference is on sheer scale. 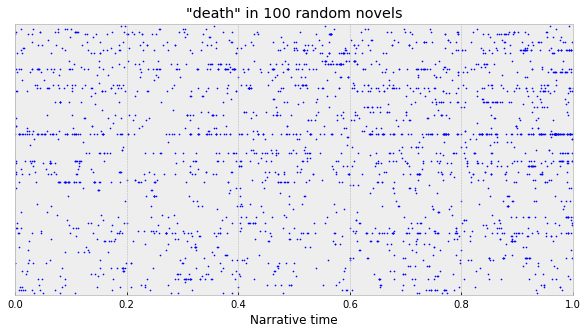 The word “death” in 100 random novels 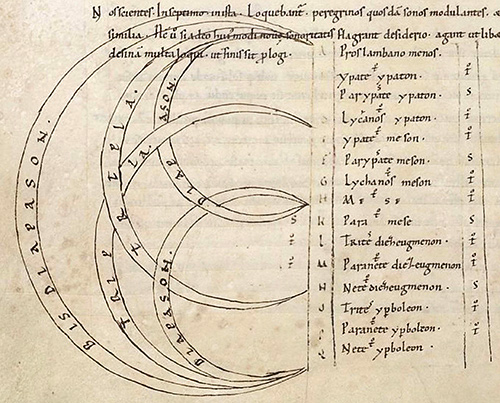 Music treatise. Abstract diagram in which concepts stem from a main concept. The relationship between the child concepts is further explained by the way in which they encompass each other.

This type of reading is not uncontested. Some scholars like Franco Moretti argue for algorithmic interpretation of literature. Other scholars recognise the potential in searching through large amounts of texts at an incredibly speed, least it's done for very specific questions like the use of gendered words in a corpus. Yet, for many scholars and robotics developers, AI remains limited on the interpretation level when compared to human perception.

Who is reading what? (and why?)

How does distance relate to the question that we have repeated throughout this series? Obviously, reading a review or a summary is reading, even if the authenticity of the reference texts can be contested. Yet, what to do about machine reading? Are we reading through a machine if it is doing an interpretation for us? Can we say a machine reads? These are valid questions which have become more relevant due to the current developments in scanners, cameras, and AI.

"Reading is an act of self- production, subject enunciation, and, as such, is an emergent and shifting process in human cognition. Computationally sorting, counting, matching, and finding are mechanistic acts".1

In scholarly and public opinion, there is no consensus on machine reading. Yet a goal of these discussions is to challenge our assumptions on technologies, the processing of information, and knowledge management. Outsourcing is not a new phenomenon. But just as one could question whether someone reading a contract for an illiterate person was truly conveying all the information, many are questioning the perceived neutrality or objectivity of algorithms. In other words the core issue of the debate is our critical skills whether reading the Myriobiblos from Photius I of Constantinople or the results of a database query.