Can medieval literature still be fun for high school students? And which medieval character is a classic YA-hero?

In our last post before the summer break, Céline Zaepffel writes about the rights of the reader, which include, among others, the right not to read and the right to read anything. Céline argues that these rights should also apply to children; they should be able to read what they want, instead of being forced to read ‘good’ and edifying books. While the freedom of the reader sounds like a noble goal, in practice these rights are at odds with education in literature.

In Dutch secondary education, students are required to read a certain number of books. For Dutch literature, for example, students in pre-university education (vwo) are required to read 12 books, at least 3 of which must have been written before 1880. Students are generally quite free in choosing these books, sometimes from a list, although schools can also decide to make books mandatory. In my school, for example, this was done for medieval texts, which are more difficult to read and thus discussed more in-depth in class.

The 2016 Progress in International Reading Literacy Study showed that, internationally, Dutch students’ pleasure in reading is extremely low. This is concerning, because those students will read less, leading to an overall low reading performance. Between 2001 and 2016, the Dutch students did not only enjoy reading less, but their performance also decreased compared to other countries.

Over the past years, teachers and authors have debated in the Dutch and Flemish media whether students should be required to read books they don’t like. The most extreme defence of the young reader’s rights came from author Christiaan Weijts. He argues that children will develop an aversion to and even a fear of reading if they have to read books that are too difficult or too far from their own experiences. Therefore, students should not be forced to read the literary canon, but be free to chooses accessible and, it seems, mostly recent literature. In a similar vein, former teacher Aafke Romeijn proposed a new organization of the secondary school curriculum: all students should read a few books per year, which can be accessible and contemporary. Those who are interested can choose for an extra module in which literary works from the canon are discussed more in-depth.

On the other end of the spectrum, Yves T’Sjoen, professor in modern Dutch literature, refuses to give in to the ‘lazy reader’. He argues against the practice of offering students, both at secondary school and in university, abridged and simplified versions of older literature. He wants students to read the original texts, out of respect for these texts and because reading does not always have to be fun, but can also be a challenge. Teacher Peter Altena agrees with T’Sjoen that pleasure in reading is not always necessary, and sees an important role for the teacher’s enthusiasm in interesting students for complex literature.

In this debate, there seems to be one thing that everyone agrees on: that older literature is generally not enjoyable for students, because it is too difficult and too far for their own lived experience. But is this really the case? I would like to reflect on this question from my own experience with medieval literature when I was a student.

I attended a Waldorf school, based on the ideas on education from Rudolf Steiner. Steiner had many ideas on which subjects are most suitable for certain age groups, and he prescribed the Arthurian Parzival or Grail legend to the 11th grade (age 16/17). The choice of this story for adolescents is not strange, considering the plot of the story. Although many versions exists, the first one written by Chretien de Troyes in the 12th century, the version used in Waldorf schools was written by Wolfram von Eschenbach in the 13th century. In the story, Parzival is a boy who is raised sheltered from the world by his mother, who is afraid her son will end up like his father by becoming a knight and dying in battle. Despite his mother’s efforts to keep him safe at home, Parzival accidentally meets a group of knight in the woods and decides to leave for king Arthur’s court to become a knight as well. Because of his secluded upbringing, he has to learn how to navigate life in society, in matters of battle, love, family and social conduct, by receiving advice from others but mostly by learning from his own mistakes. His quest for the Holy Grail is perhaps a metaphor for his own inner development. 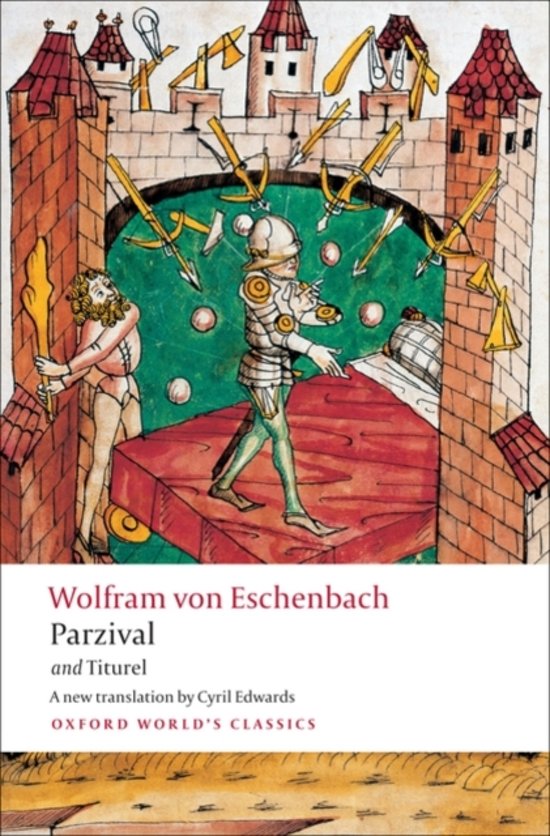 As such, the Parzival legend is a text-book example of a coming-of-age story. Although the problems encountered by Parzival might be quite different from the struggles of teenagers today, the overall sentiment of leaving home and learning to adjust to society are relatable to most adolescents. I would even like to argue that the story can be seen as Young Adult fiction. Many of the characteristics of YA literature can be checked:

- young protagonist: although his age is not specified, Parzival is clearly a young adolescent when his adventures begin;

- fast pace: as in most Arthurian romances, the story is full of adventures;

- themes related to teenager’s interests but often in an unfamiliar setting: the theme of becoming a knight and exploring the world might have been familiar to the medieval reader, but the Arthurian world is fictional and fantastic;

- issues of identity: Parzival discovers his identity as a knight, son, Christian and lover. Interestingly, race also plays a role in the novel: Parzival’s half-brother Feirefiz has the Moorish queen Belacane as a mother, and is born black with white spots.

Considering these similarities of the medieval story with YA literature and my own experience of enjoyment, I would like to argue that medieval literature can be fun and relatable for high school students. This is partly dependant, I think, on teachers being creative in how to present the story. At my school we did not read the Parzival in Middle High German, but it was told to us in modern Dutch. While we thus did not gain familiarity with the original text, our experience of the text might have been somewhat original, since Arthurian literature was part of a medieval story-telling tradition. While I agree with T’Sjoen that reading does not always have to lead to instant gratification, my pleasure in hearing the Parzival story proved to be quite important to me, since it is one of the reasons I ended up a medievalist.