The LEGO Parable – on Purpose in Academic Publishing

Human beings, whether or not they love their daily work, find it tremendously important that it has a purpose and is appreciated by others. So can academic authors rest assured their beloved publications carry such meaning? 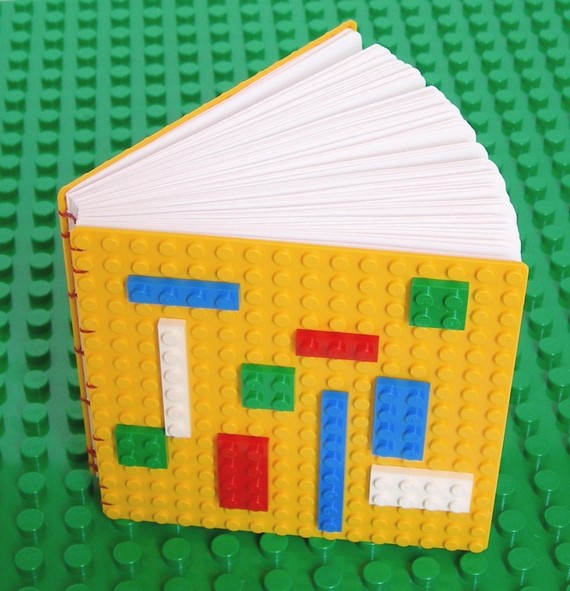 Let’s assume you agree to build a 40-part LEGO figurine for a small monetary reward, in an experiment. When you’re finished, the experiment supervisor takes your figurine and shelves it, then asks if you’d agree to build another, this time for a little less money. You’d probably do it, and then the third, a fourth, and so on. How many would you make? Good. Now imagine a second scenario, in which you’d be rewarded the same, but instead of shelving your figurines, the supervisor proceeds taking the first one apart and putting it in its box again, while you are busy building the second. Would you still build as many LEGO figurines?
You probably wouldn’t. That’s what Dan Ariely and his colleagues found when they actually conducted this experiment to investigate the importance of ‘perceived meaning’ to our activities. As turns out, even when they do compensated labour, people find it extremely important that their effort has some point or purpose, and that it is recognized (shelved, not pulled apart). People simply want to add meaning to their daily work.

Purpose in publishing?
Let’s transport this finding to the world of science and scholarship. Academic careers are generally esteemed as highly important: academics contribute to knowledge, and disseminate their findings via teaching and publications. The total number of these academic publications has proliferated immensely since the professionalization and modernization of academia, up to a current estimate of 1.5 million academic articles in approximately 30,000 journals produced – per year.
All would be well, if all those publications would actually be read and appreciated. But the sad truth is that not all of them are – or worse, most of them are not. Although reading behaviour is notoriously difficult to investigate, academic authors themselves leave clear traces of their sources: they refer to them in their own work, in notes. Tracking such references can thus, reversely, establish how often a certain work has been used in other works: this is a citation count. Returning, then, to the appreciation for academic articles: a recent calculation by Canadian experts from the Observatory for Science and Technology shows a staggering 82% of all journal articles in the Humanities appears to go by completely uncited. Granted, the researchers stopped counting five years after publication, but it seems safe to assume that most articles will not live through a rediscovery (although some do, they are dubbed ‘Sleeping Beauties’ by Leiden emeritus-professor Ton van Raan). And of course, any books written by humanities scholars were not included in the study – but other research suggests many books share a similar, unused fate.
More and more scholars and scientists thus generate ever-increasing amounts of knowledge, and academic publishers disseminate these findings in unprecedented numbers of books and journals – but this extensive volume of research does not always reach intended audiences.

Making meaning
So why do academics continue labouring on, writing publishable articles and journals? There might be two rather cynical reasons. Firstly, all individual academics might believe that their research is among the minority that will actually get read and appreciated. This overestimation of our own work creeps in unintended; the love for our own productions leads us to attribute far higher value to them than any external outsider would bestow. This, too, has been investigated (and named the IKEA-effect because it applies to furniture, too) by Dan Ariely and colleagues, in an experiment where participants were not only prepared to bid more money for an origami bird or frog that they had made themselves, but moreover thought that others should pay more for it than for other origami figures – even as much as for those made by experts. Would scholars unwillingly value their own books and articles more than those of others?
Secondly, academics might gain the necessary recognition from other sources than from attracting readership. In the current academic culture, lists of publications are used as scholarly CVs in job applications and promotion procedures. These credentials of course only measure production, not reception, of knowledge publications – but the number of publications authored may substitute for attracted readers, al least for some academic authors. Publication ‘scores’ can be interpreted as purposes, and especially if these scores are recognized, it is much easier for researchers to pursue those instead of readership. The effect of this focus on numbers of produced papers has been summarized in the aphorism ‘publish or perish’, a pressure apparently felt especially keenly (but not exclusively) by academics from the United States. 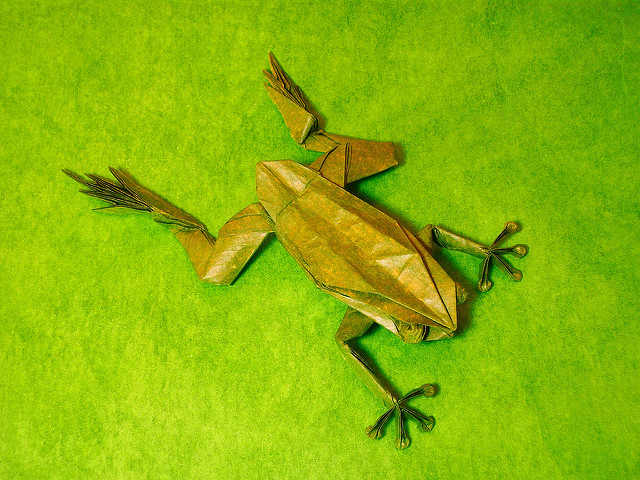 There may, however, also be a third and much more positive reason for scholars to continue writing journal articles, books, and blogs such as these: because they believe their work itself is meaningful, regardless of the specific use of publications. Such an intrinsic motivation is supported by the assumption of an existing system of norms and values in science, which would explain that researchers are inherently motivated to create universal and original contributions to the world’s knowledge base.
In any case, the apparent mismatch between the vast quantity of supplied academic publications and the scarcity of readers’ attention is worth further investigation. Not only might this help academics struggling with the perceived meaning of their daily work, it could also be of great value to academic publishers, who aim to straddle the divide between authors and readers through their business of offering desired content to diverse audiences. This dilemma, among others, will eventually feature in my dissertation. Which, in the worst case, I could always fold into an origami frog for a sense of purpose…

----
Further reading:
• On Dan Ariely and his colleagues’ work on meaningful labour, see this TED Talk from 2012.
• For an analysis of the citation rates for academic articles in the Humanities, and the (higher) scores for social sciences, natural sciences, and medicine, see LSE Professor Diana Remler’s blog from 2014.
• Many voices address the pressures to ‘publish or perish’. A good start into the debate would be this essay by Mark de Rond and Allan Miller, combining the U.K. and U.S. perspectives, albeit with a focus on business schools.
• The existence of a normative system in science has been first investigated by Robert K. Merton, in his likewise-named book from 1942; which continues to be debated until this day.